Shimokita Peninsula at the northern-most tip of Honshu in Japan has one of the best gravel roads I’ve ridden in Japan. Today we crossed over the Sai Village to Yagen Onsen mountain pass road, and it was pure bliss. Raining, but beautiful. Over a day the most I’ve ever climbed on a bicycle trip (almost 2,000m), but beautiful. About as wild as it gets in Japan.

We were already feeling a little bit bad for the okamisan at the minshuku we were staying at, due to all our requests last night. “Can we use your washing machine? Can you do a vegetarian meal?” And then just as a last request, we asked if we could have an early breakfast. We had asked for 6am, which was met with some consternation. “Usually we serve breakfast at 7am at the earliest,”the lovely okamisan said. “I guess we could have it ready for you at 6:30 though,” she kindly offered. We gladly agreed, since we knew that today would be another long day of climbing and ups and downs. Best to get on the road as early as possible and make most of the light.

A peek out the window this morning showed that it had rained a lot during the night…wet roofs and a menacing sky suggested that there might be more of it to come. 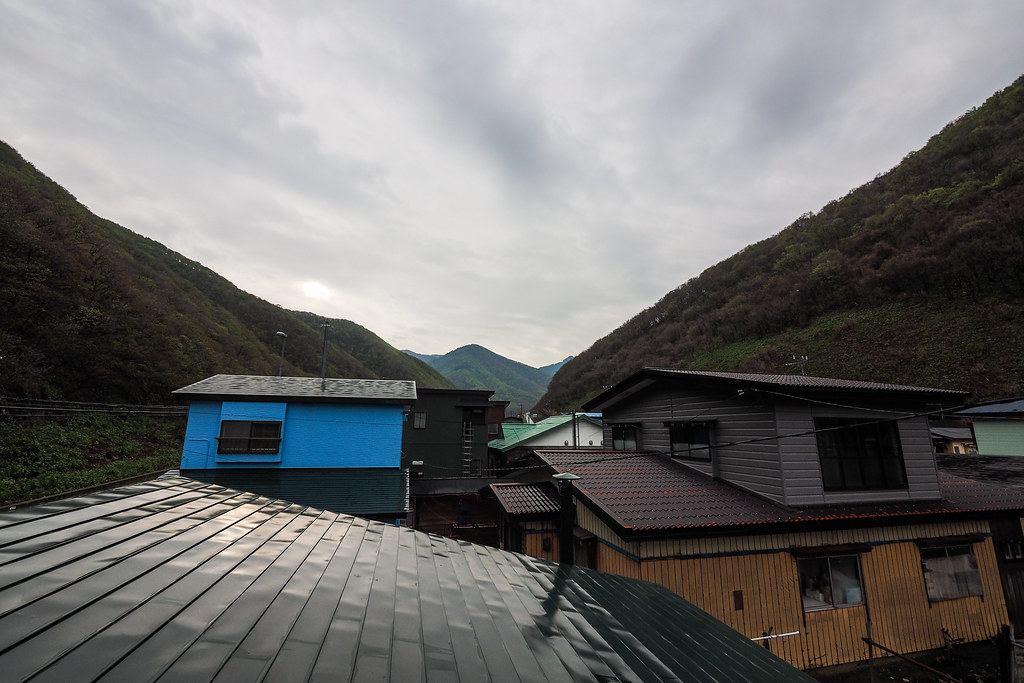 As we were leaving, however, the rain held off, and we said a reluctant goodbye to the lovely purple minshuku we’d enjoyed overnight. 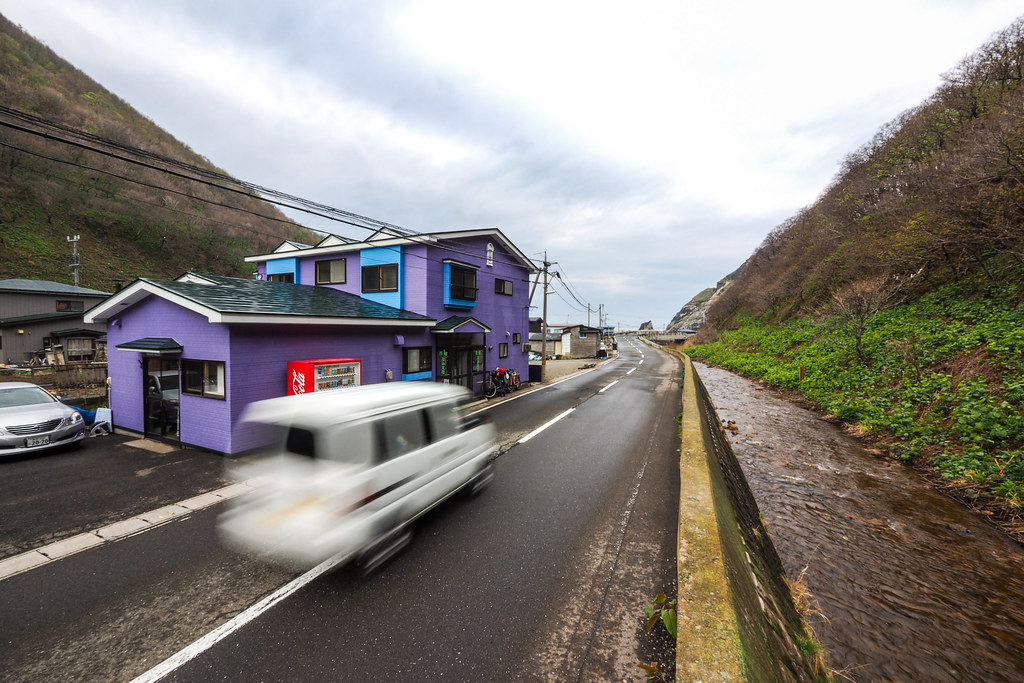 With tired legs, we started up and over the first beautiful climb of the day, only 500m from the minshuku. With hardly any traffic, it was just us and the birds. The woods seem much more alive here in Aomori than Hokkaido.

Once again, what goes up must go down, and those downs here on the west coast of Shimokita Peninsula are fun! 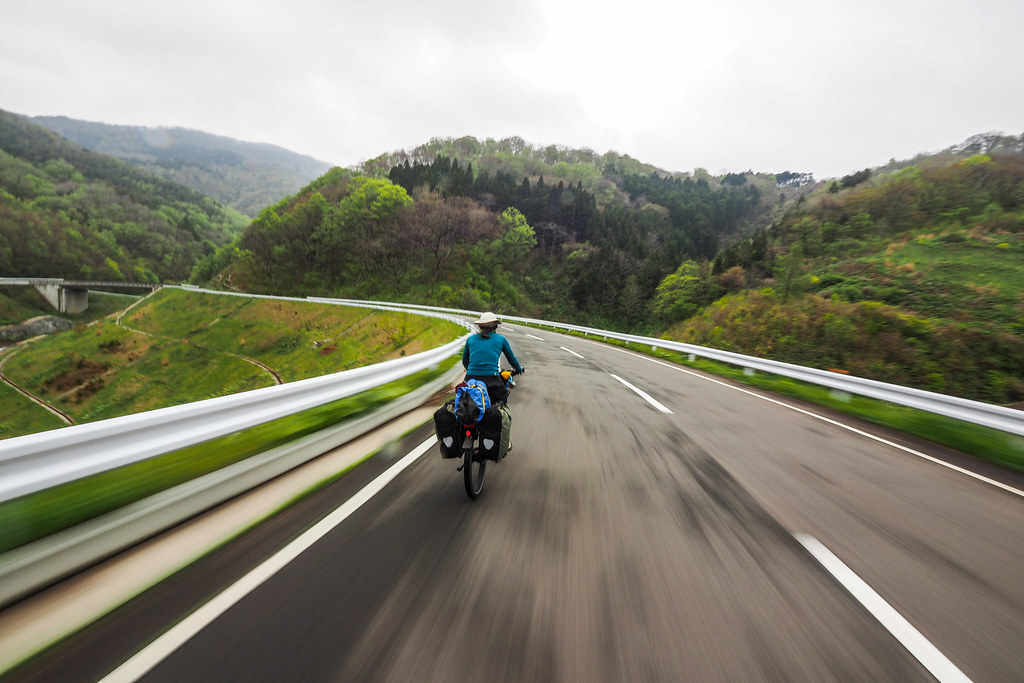 There was only one major up-and-over that got us to the largest village on this western side of the peninsula – Sai Village. Another sleepy little town, we blasted through with rain clouds chasing our tails. 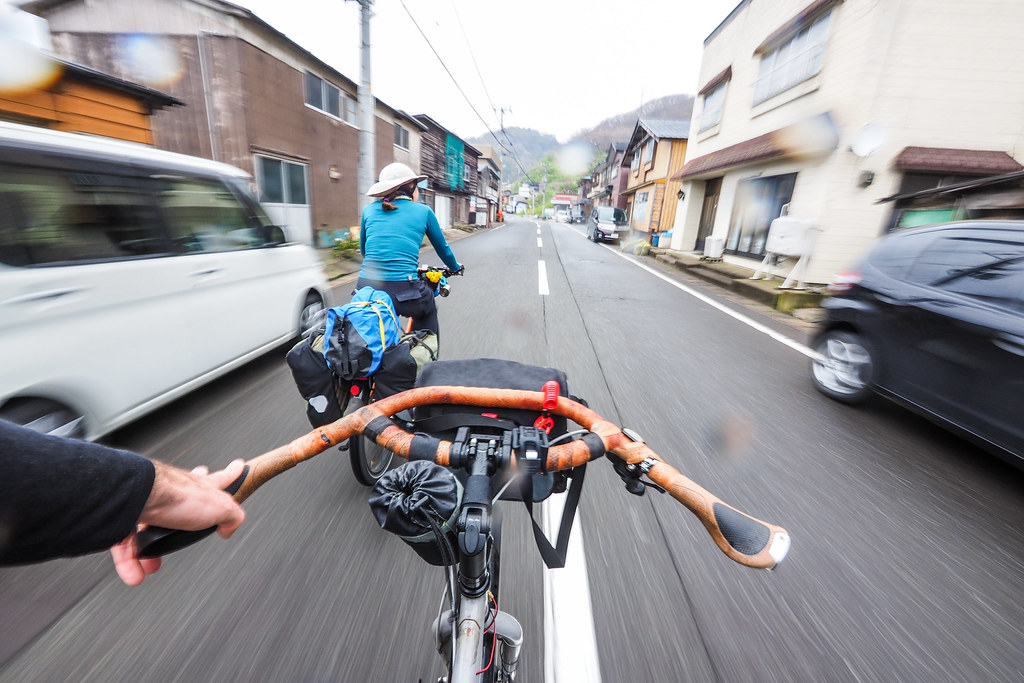 By the time we had turned off onto the one-laned road connecting Sai Village and Yagen Onsen, the weather had turned to a constant drizzle, heavier at times. This didn’t faze us too much, as this one-laned road was stil officially closed to traffic for another ten days; it is closed over the winter season due to snow. The road was all ours along this devastatingly beautiful gorge. 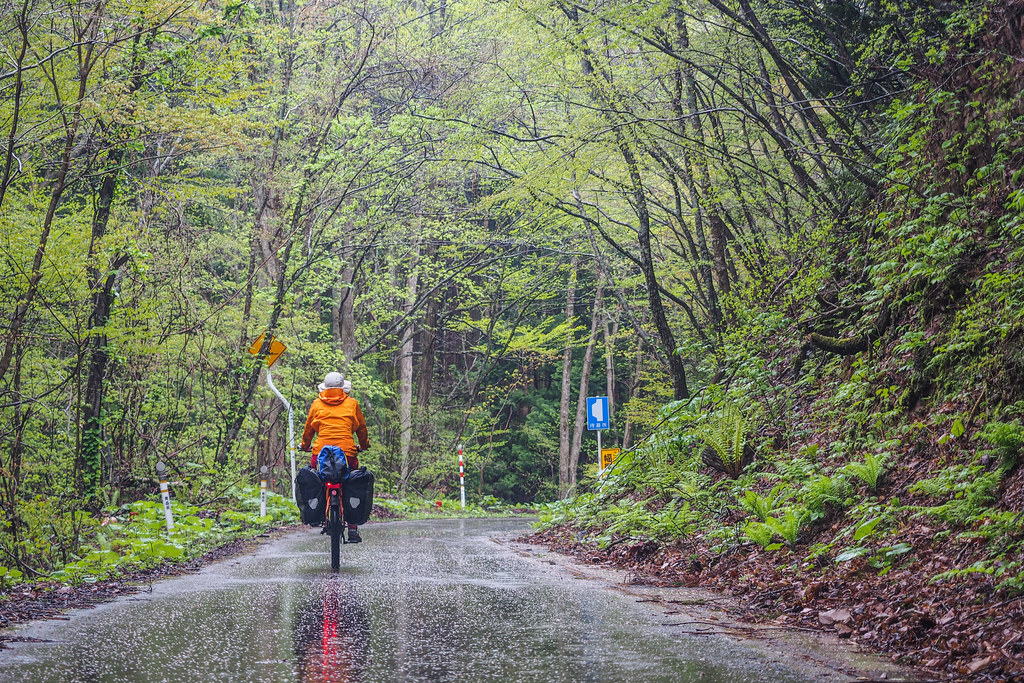 The forest was heaving with wildlife, and we saw at least three beautiful big toads hanging out on the road. 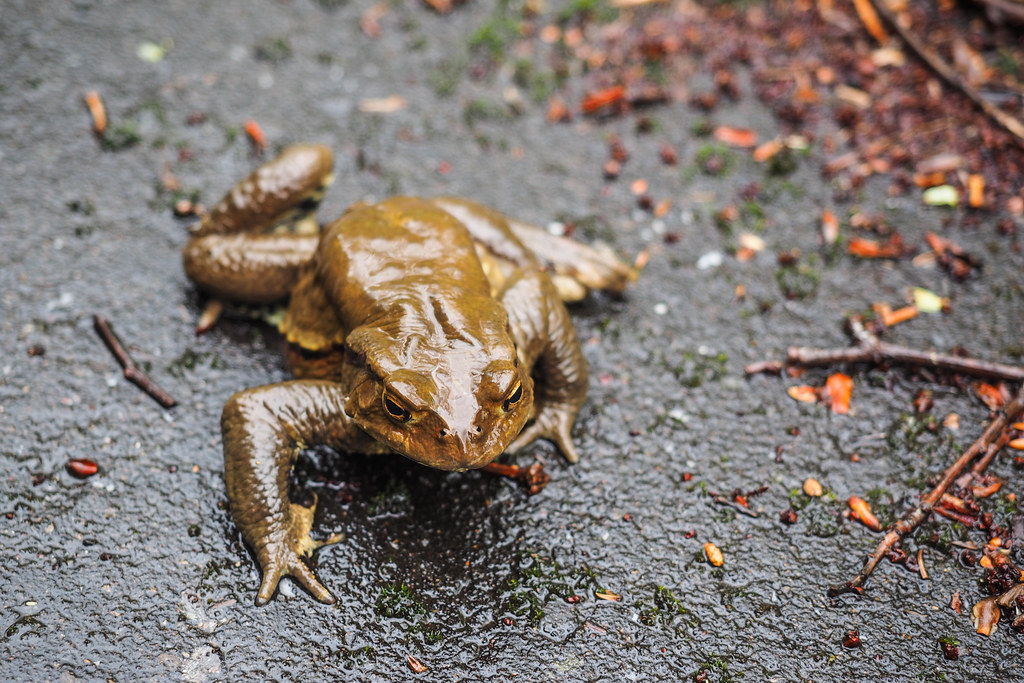 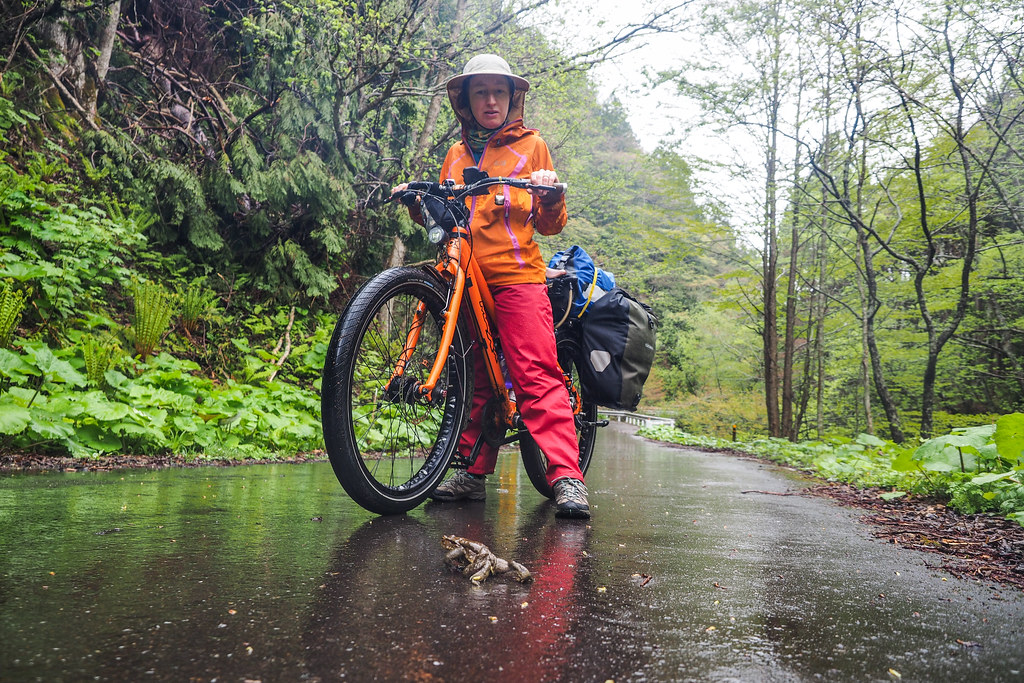 While most tourists flock to the Oirase Gorge further south in Aomori Prefecture, we would definitely rate this valley as the more attractive option – wild forests, beautiful river. 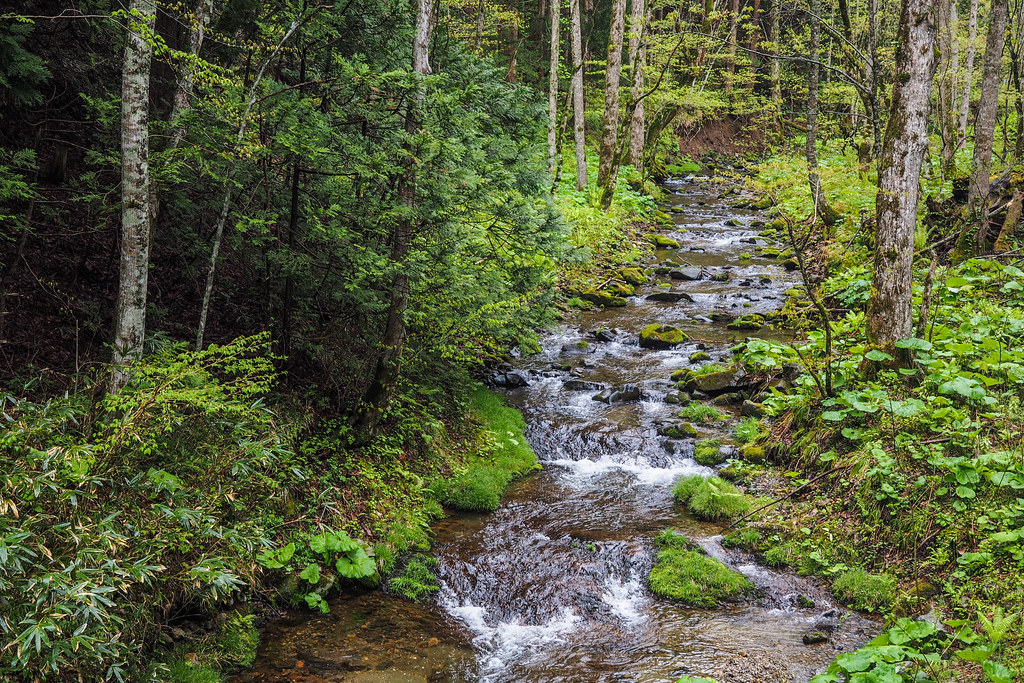 The paved section of this road only lasts for around 10km, before transitioning to gravel for the remaining 25km or so to the other end of the closed-road gate at Yagen Onsen. The last 3km on the Sai Village side gets very steep, and requires good balance on the rough uphill gravel. The downhill on the Yagen Onsen side, however, is more stretched out, giving a nice long-lasting downhill stretch on rough gravel. In parts, the valley is wide open…a real sense of wilderness. 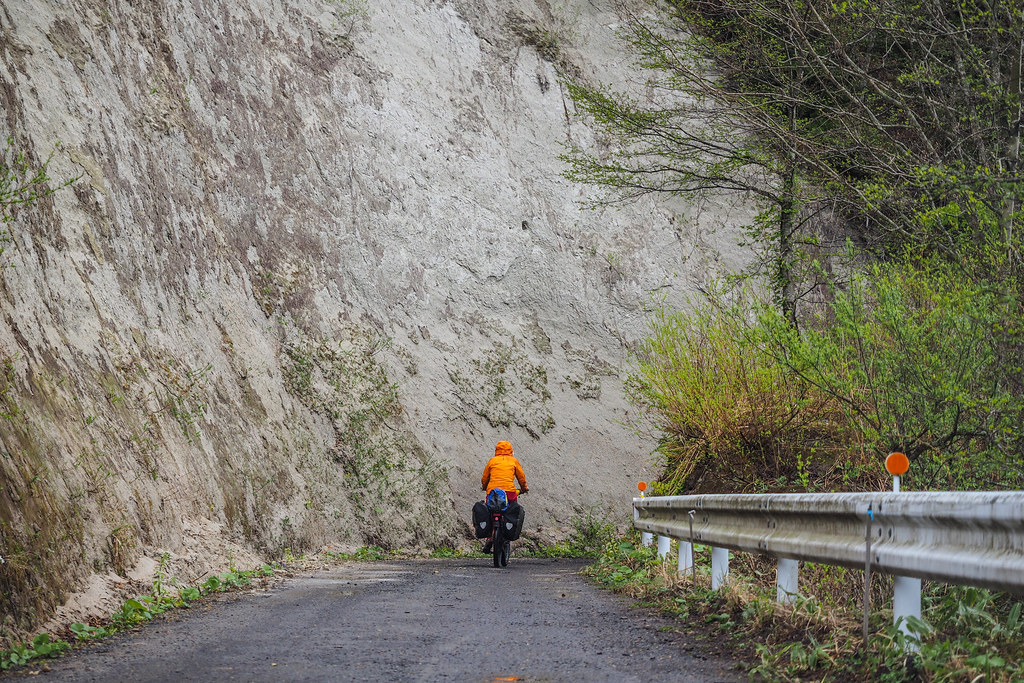 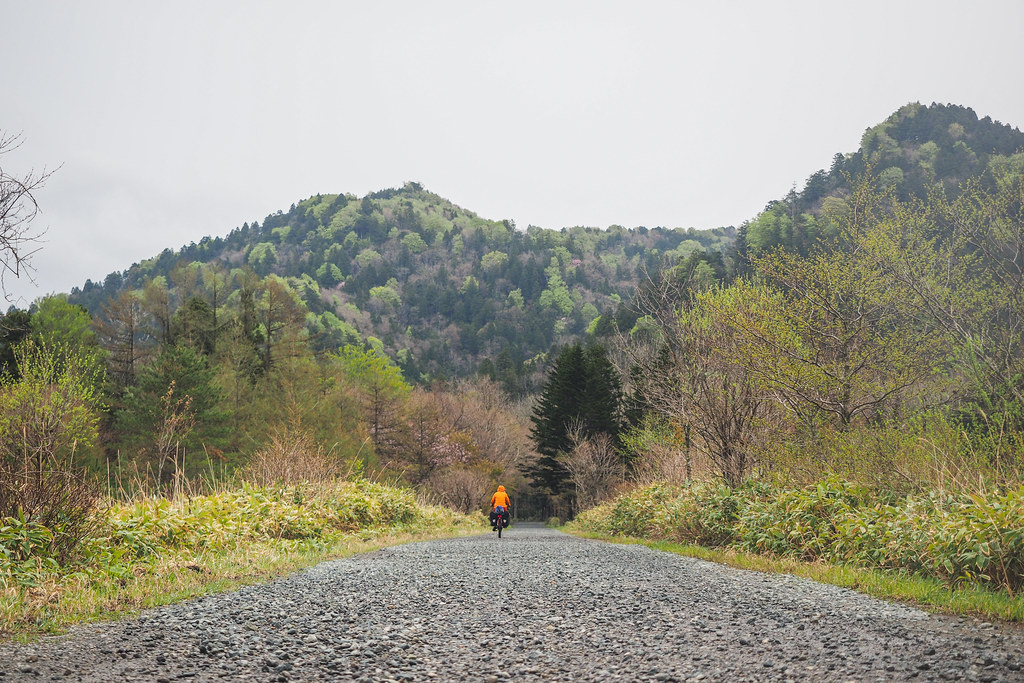 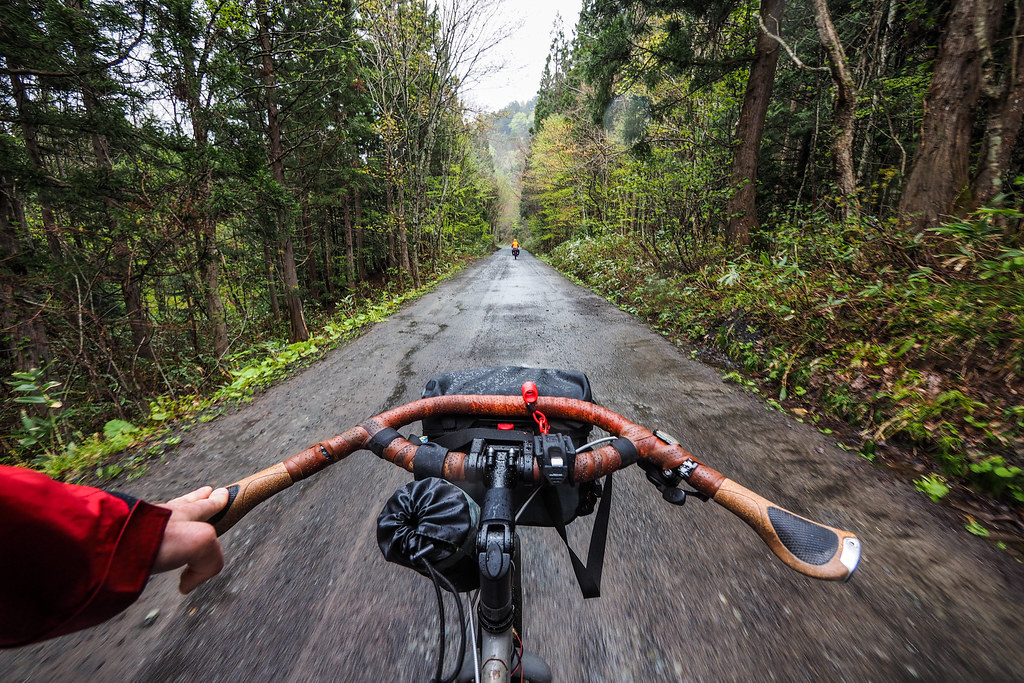 Closer to Yagen Onsen, the road follows an amazingly beautiful river. The shallow river flows over bedrock, lined with moss on either side. 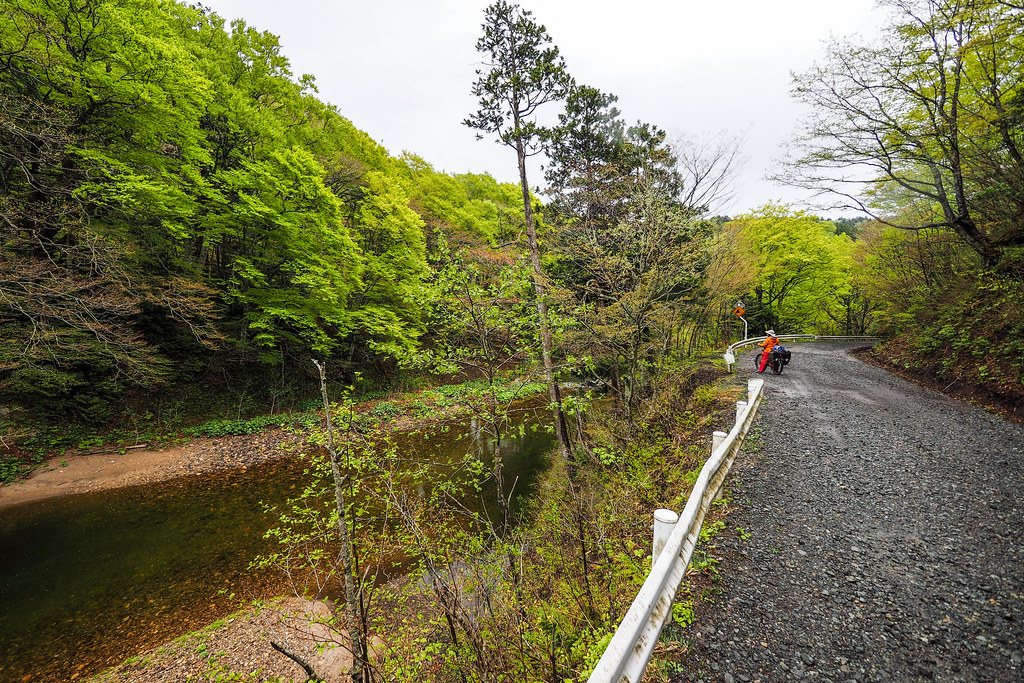 We arrived at Yagen Onsen with hungry stomachs, but before lunch, we took a soak in the fantastic hot springs attached to the eatery. The hotsprings are right on the river, allowing a clear view of the mesmerizing forest on the other side. The food was cheap and satisfying.

After lunch, we continued on down a little further through Yagen Onsen before turning off towards the famous Mt. Osorezan area. We regretted that our schedule didn’t allow for a night or two in the Yagen Onsen area. There were a couple of campgrounds in the area as well as a sweet looking cafe. There was even a free outdoor onsen tucked away up a side valley that would have been great to check out. Next time!

So far today we had done two big climbs. The ride from Yagen Onsen to Mt. Osorezan – a tourist-trap on the shores of a caldera lake – would give us another run for our money. Gut-bustingly steep, with hordes of horse-flies swarming around us. The flies kept any stops for water and a breather short!

The literal translation of Mt. Osorezan is ‘the terrible mountain’. It is known as one of Japan’s most famous ‘place of spirits’. And indeed the whole place has an eerie feel to it. No doubt intensified by the dramatic brooding skies. 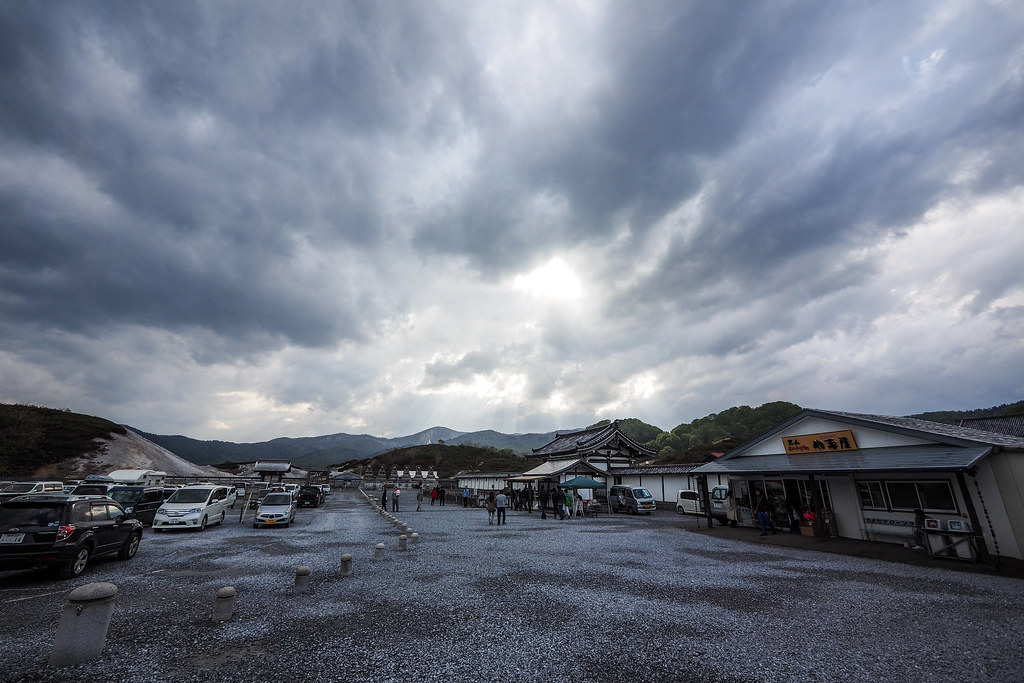 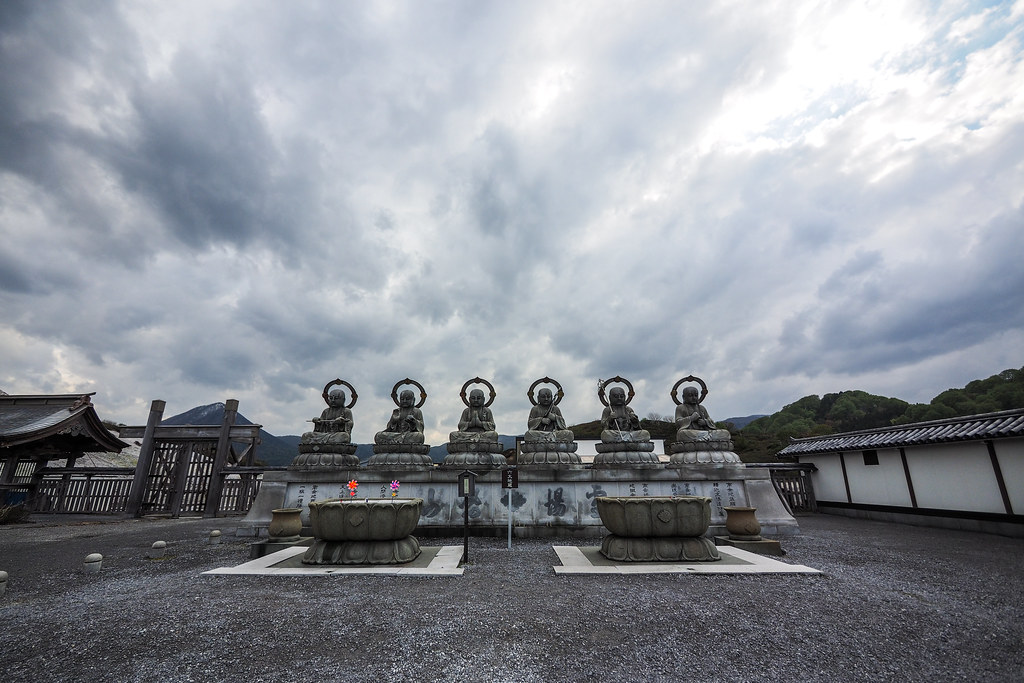 The climb back out of the caldera over to our destination at Yatate Onsen was another tough climb – the steepest on the trip so far. At this point we had given up any hope of there being any downhill at all at the end of our day! But we need not have worried – a rip-roaring downhill, accompanied by another short uphill and then a downhill had us finally arrive at Yatate Onsen and adjacent campground. We camped in a sea of cherry blossom petals. 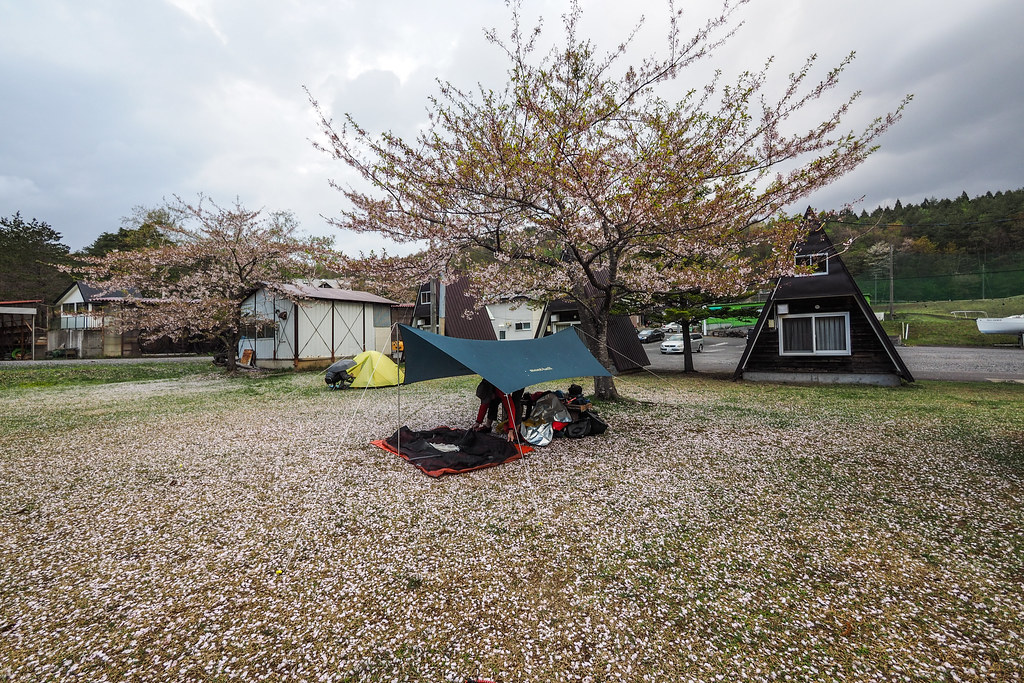 The onsen here, by the way, was fairly unique. Super hot – one of the hottest I’ve experienced in Japan. The cold pools were a definite necessity in order not to overheat!