Cycling Across Hokkaido, Japan (Day 11): From Arashiyama to Hidaka

The campground at Arashiyama was an interesting one. Most campgrounds we had stayed in so far on this trip had lush grass to pitch the tent on. Arashiyama’s tent sites were dirt. Which means that the idyllic photo below somewhat belies the muck that was flicked up onto our tent after a heady downpour the previous night. 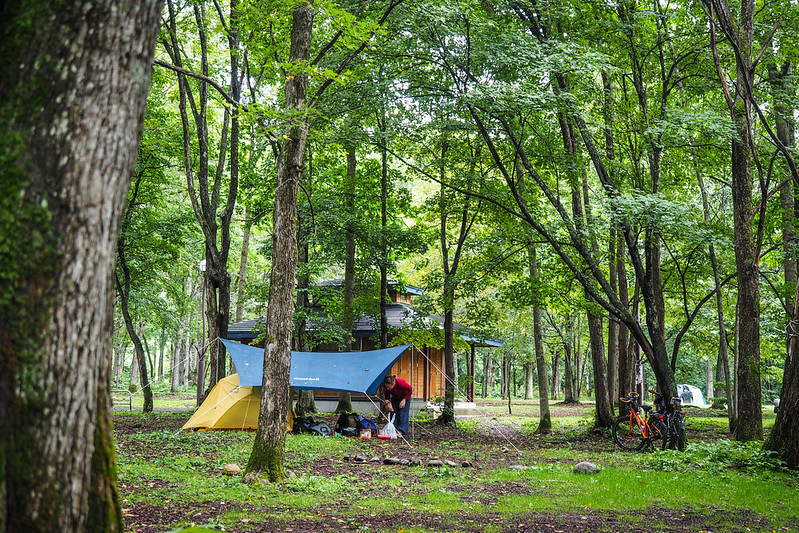 The place made up for its shortcomings however, in that the trees were home to at least one squirrel. This one content to scurry about a safe distance away from our tent…exploring the strange contraptions invading its territory. 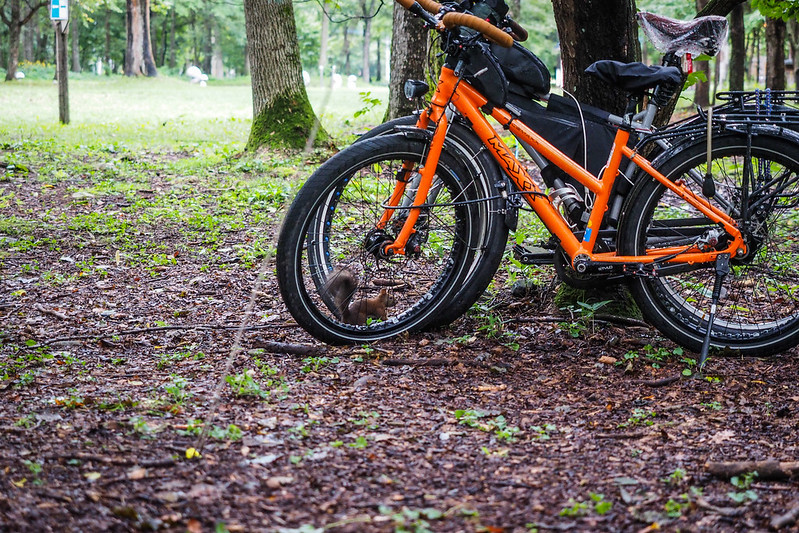 Once we had packed up, we were on the road by 8am. The plan was to somehow get to the mountain town of Hidaka. I say somehow, because there were two bad options to get there. One was a 100km route that went around the mountains, one was an 80km route that went over the mountains (including the 1,000m high Nissho Pass). The high pass route would have been a no-brainer, had our map book not warned that the route was known for heavy truck traffic.

We decided to head towards the road that lead to the pass, and see what, if any, the shoulder was like. If things looked dicey, we would commit to the longer but less busy route.

In the approach to the pass route, we continued to pass through idyllic white-birch-lined-farmland scenery. 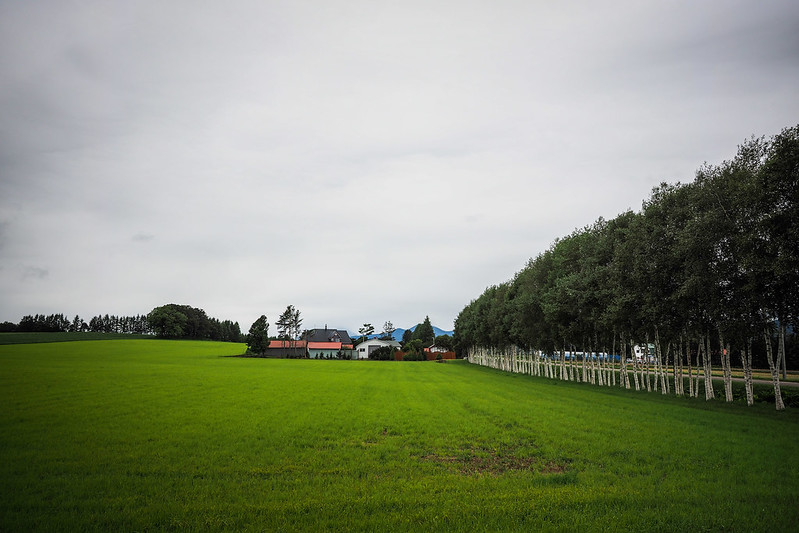 And then we hit the Nissho Pass route. Trucks galore, but a decent shoulder. And quite possibly the most considerate truck drivers in the world…if the oncoming lane was empty, they would thunder past on the other side of the road, giving us plenty of room. If there was oncoming traffic, they would slow right down and trundle behind us before passing when safe to do so.

It took us a solid two hours to climb that pass.

And thank goodness it was a fast downhill on the other side. There was essentially no shoulder on the western side of the pass (I pitied the cyclists we saw grinding up from the west). So the name of the game was to hog a lane and keep the pace up. 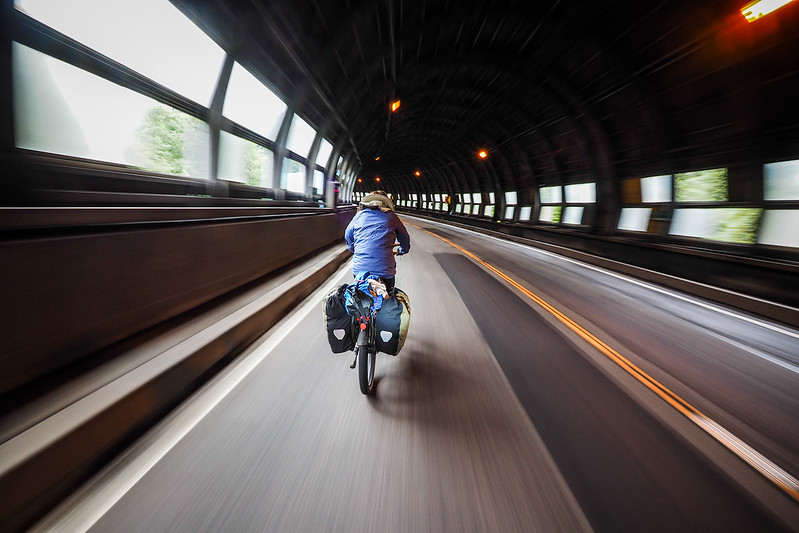 And once again, if the trucks did pass, they usually gave us plenty of room. 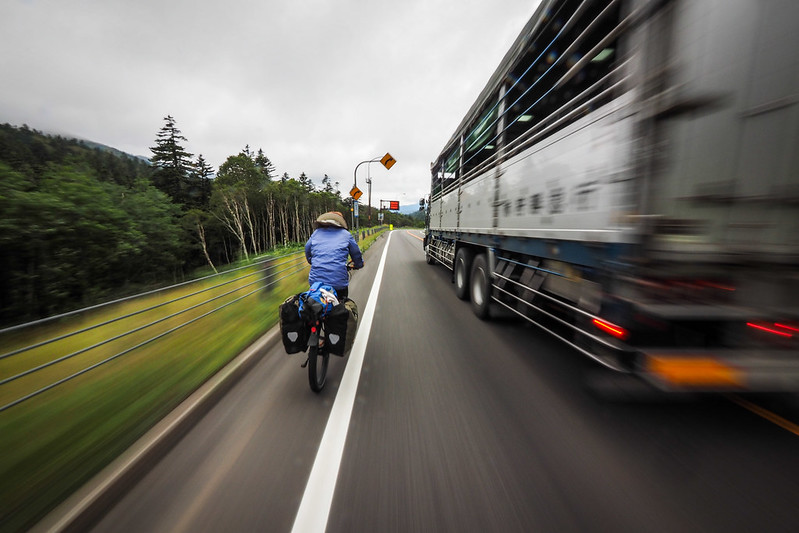 Our hurtle down the mountain was somewhat helped by regular road-works. There were a couple of spots where only one side of the road was open, so traffic was being ushered through in 8 or 9 truck lots. We would wait for one lot to roar past before carrying on for a few kilometers with no worry of traffic coming up behind. 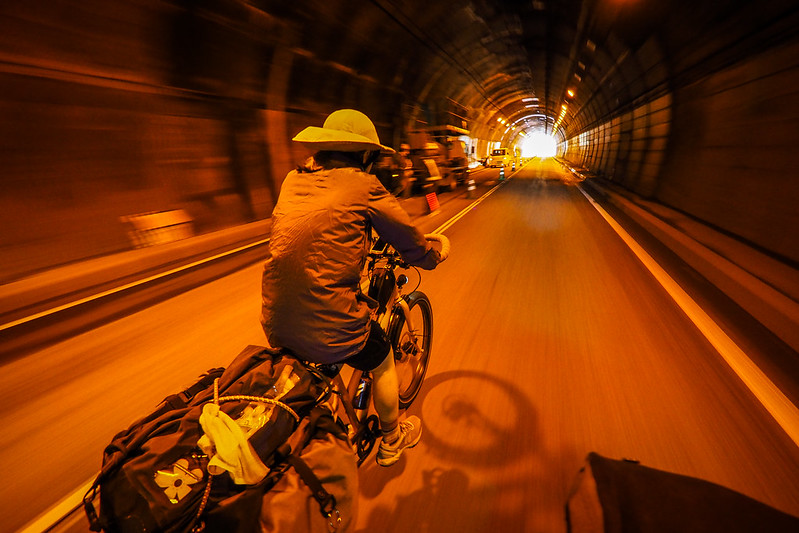 Before long we were in the frontier-feeling town of Hidaka. At altitude 400m, and surrounded by impressively wild mountains, the place had a real wild west feel about it. The air had a clear crisp chill to it also. The town center was more or less simply a truck (and cycle-tourist) stop. Two separate groups of university student cycle touring club people rolled on through while we were stopped in at the only convenience store in town.

We had made it to Hidaka at around 4pm. After the 86km day, we were beat, so headed to the quiet Sunagarae Kawa Campground, cooked up some dinner, and hit the hotspring spa, only a 3 minute walk from the campground.

4 thoughts on “Cycling Across Hokkaido, Japan (Day 11): From Arashiyama to Hidaka”