Today I felt like I was in my element. Yesterday, in Kitami, I had bought a motorcyclists’ route map book for Hokkaido, which shows in some detail the various off-road and/or dirt roads routes which criss-cross the island. I’ve always found the unpaved back roads (anywhere I’ve been in the world) to be the most fulfilling (despite the extra struggle). So right off the bat today, I got off the busy, noisy Route 39, and hopped over to the next valley over to the south.

Today I felt like I was in my element. Yesterday, in Kitami, I had bought a motorcyclists’ route map book for Hokkaido, which shows in some detail the various off-road and/or dirt roads routes which criss-cross the island. I’ve always found the unpaved back roads (anywhere I’ve been in the world) to be the most fulfilling (despite the extra struggle). So right off the bat today, I got off the busy, noisy Route 39, and hopped over to the next valley over to the south.

It was a stiff climb for early in the morning (I had left at 5:15am), and it was raining on and off again. I was just hoping the weather would fine up enough eventually to dry out my soggy tent which I had packed up in the rain. 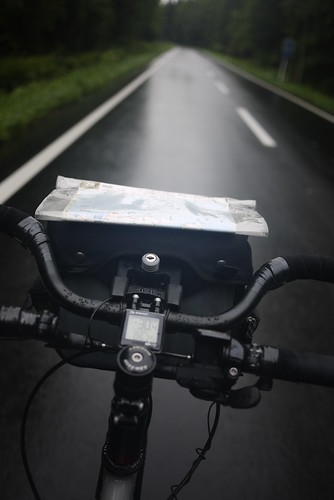 After hurtling down from the top of the Onneyu Pass, I found myself genuinely taken aback at the different world I found myself in. It was literally like I had stepped into an alternate reality. Quiet, sleepy fields of wheat. Grain silos. Mist hanging around the low hills. Just incredible. What a change this was from the bustling chaos of Route 39, just one valley across. It really is worth taking the road less travelled. 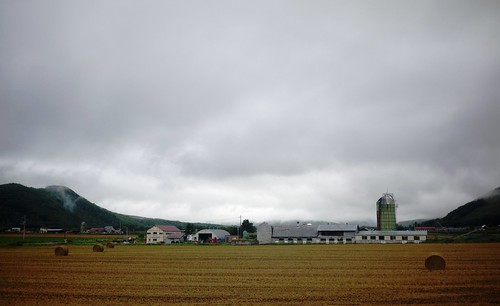 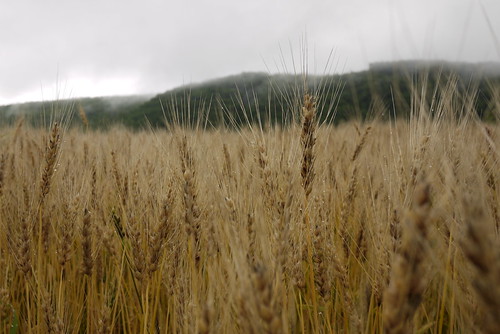 The valley I was now traveling north on, was the Oketo Valley. At the head of the valley, there was the Kanoko Dam, which holds back Lake Oketo.

From here I followed Route 1050 to its terminus, right at the end of the lake. Here, the paved road gave way to smooth gravel, and an 11km climb up to Shoboku Pass. 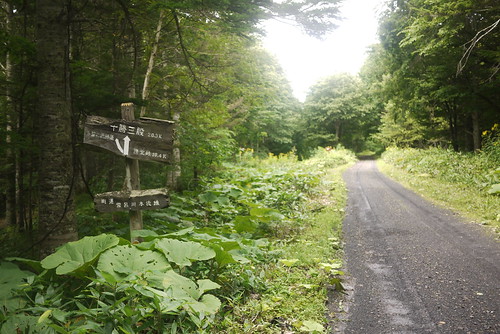 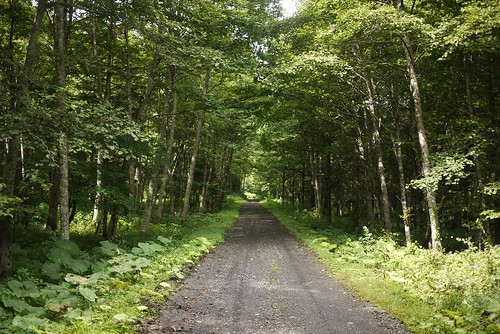 About half way up, a car approached and stopped next to me. The driver mentioned that it was a long way to the top of the pass. He obviously figured it would take me all day to get there, so he handed me a bunch of four bananas. In the end, despite carrying a couple of rice balls in addition to extra snacks, I would arrive at the top with only one banana left, having devoured all the snacks I had with me.

The top of the pass was met with glorious sunshine. I promptly found a clear area to spread out all of my wet gear, and spent 40 minutes basking in the sun. 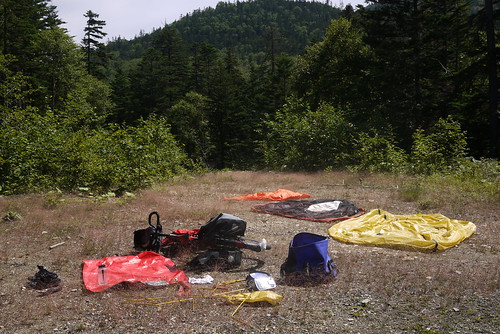 From here it was only a few hundred meters to the top of the pass (972m). 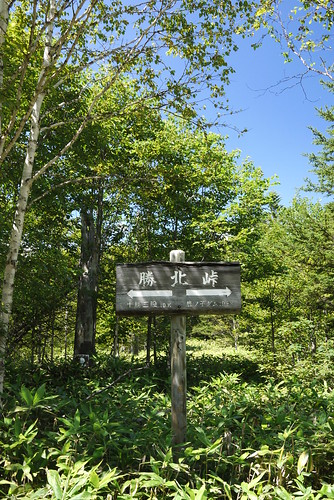 The descent was thrilling. I dropped the pressure in my balloon-like Schwalbe Big Apple 2.35 tyres, and laced to a pair of 47mm wide Kris Holm mountain rims, the 29er wheels made the gravel road feel like buttery asphalt. Loverly.

The descent spat me out onto Route 273. I knew that this route would require me to cycle up another big road pass, but I did not know at that point that it was the highest road pass in Hokkaido: the Mikuni Pass (1139m).

At this point, the weather was just magnificent. 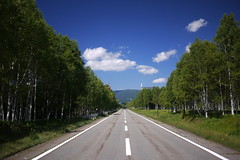 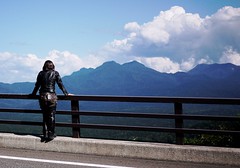 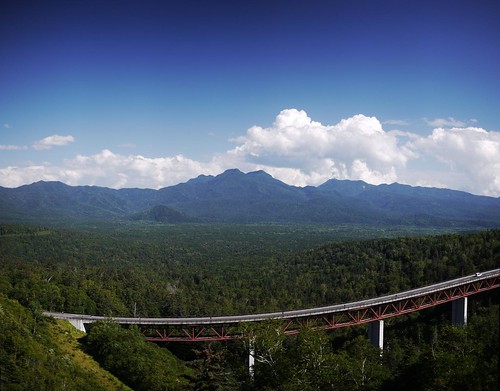 At the top of the pass was a gaggle of university cycle club members. Replete with compulsory communal cooking pot. 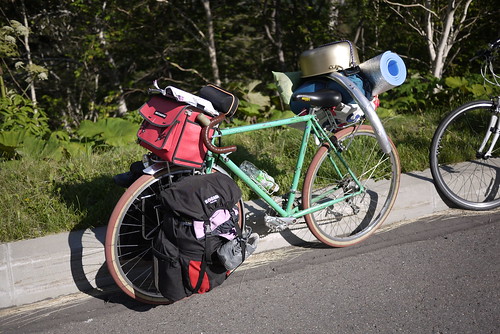 They told me that it was all downhill from here, down to a free campsite in Sounkyo, a small village nestled in a tight valley further down. It wasn’t entirely downhill, however, and after a good deal of climbing already today, the small ups and downs on the way to Sounkyo got a little repetitive.

5 thoughts on “Abashiri to Sapporo Day 2: Onneyu to Sounkyo”