Once again we were up at daybreak today, just like yesterday; 4:15am and keen to get on the road to beat the heat. As usual, however, we started the day with breakfast and some decent coffee. 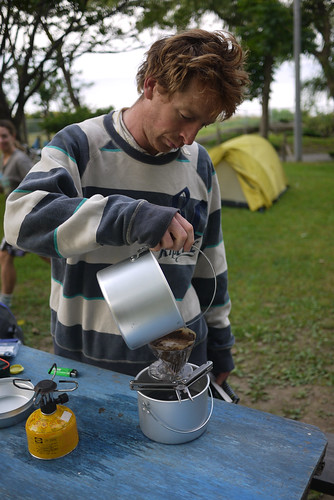 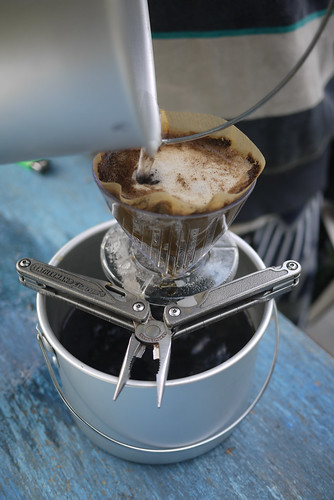 The coast along this portion of the Shakotan coast was perhaps the most spectacular. A beautiful new road, spanning gorges with bridges, cut its way around the precipitous cliffs, with small bays here and there bathed in the morning light. 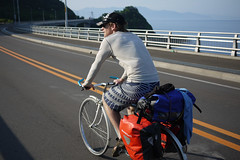 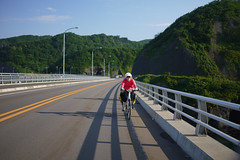 Iwanai City was where we left the coast for good. The scenery on the coast had been improving the last few days, but we were glad to leave the coast for more cooler higher altitudes and greener scenery. We arrived in Iwanai at around 9 o’clock, so we hung around the city park for the best part of an hour, lounging in the shade of trees, and eating ice-creams. Rowland and Alicia were especially fond of the vast selection of ice-creams available in convenience stores here in Japan, most at at least half the price of ice-creams in New Zealand.

We stocked up on food in Iwanai before taking on the climb up to Naganuma, a pass which would connect us with the Niseko region in Hokkaido; a popular winter resort town. Perhaps we underestimated the climb. It was a killer. The lower regions were quite manageable, but things got much tougher the higher we went. 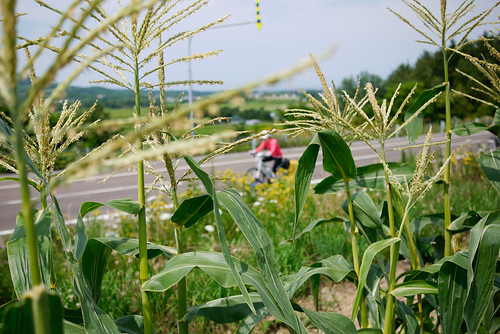 It was not so much the gradient which killed us. It was the heat. With little shade, we all quickly ran out of water. After almost three hours of slogging uphill (and me quite convinced that single-speed touring is not entirely practical), Rowland (who was powering ahead) came across a delicious waterfall. We needed no encouragement to indulge in its cool watery delights. 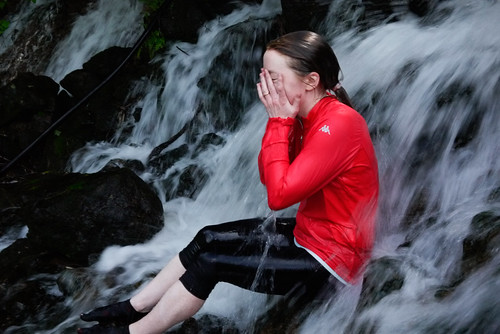 This revived us for the somewhat anti-climactic remaining 900m along the road to the top of the pass, where we scoffed down water and a selection of sweet local snacks. They did not last long. On the left are sweet bean paste (azuki)-filled donut balls, and on the right is a chestnut flavoured azuki cake. 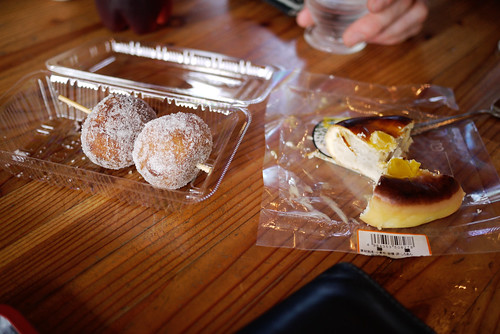 Somehow, we managed to find the energy for a 40 minute return walk from the road-pass to a small mountain lake, Naganuma Lake. 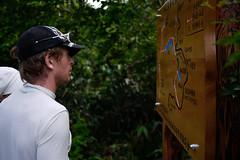 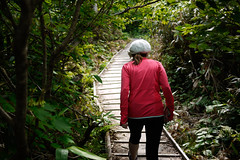 Hokkaido is home to a variety of wildlife, including brown bears (higuma in Japanese). Brown bears are not common, but we did see a curious fox on our way over the last 200m or so along the road to the actual pass summit. This fox was not particularly afraid of humans, a sure sign of foxes being fed by tourists in their cars. Haidee mentioned that foxes can be a real nuisance in the Niseko area (she used to work around this area), actually running towards approaching cars expecting food, and being injured as a result. 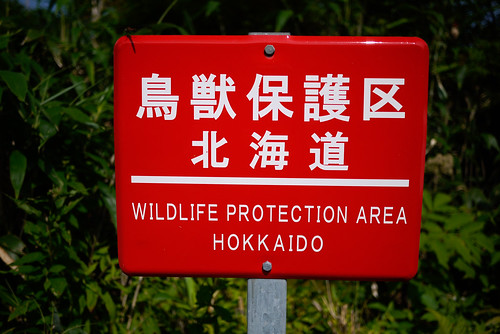 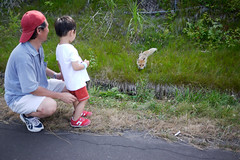 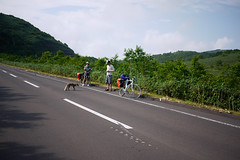 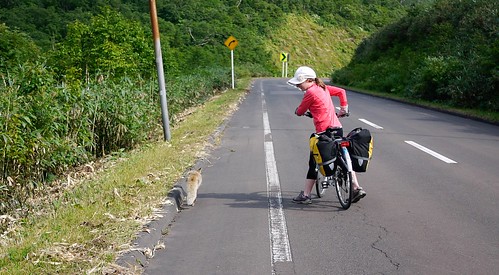 The final 10km or so today was pure bliss. A blisteringly fast downhill to our campsite next to the Yunomoto Onsen (Japanese spa). 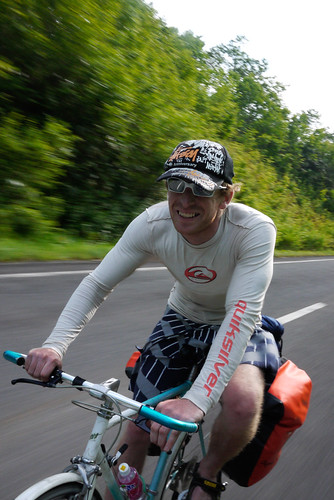 Rowland braved the cultural barrier and came for a soak in the onsen with me. For the uninitiated, this can be a daunting ask. The spas are separate-gender, but everyone is naked. You strip off in the changing room, wash down in the communal wash area, and soak in the scalding natural hot springs. Yunomoto Onsen is a particularly good onsen however. It has numerous outdoor rotenburo (outdoor spas) with great views over the surrounding valleys.

We arrived at the campsite (a free campsite run by the local council) relatively early (around 2pm), so we had plenty of time to relax and cook dinner. Rowland has borrowed my copy of Walking the Amazon (which I have not read yet), and has taken every opportunity available to keep working at devouring the book before they leave in a week’s time. 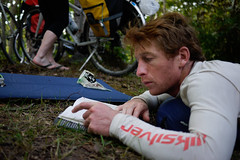 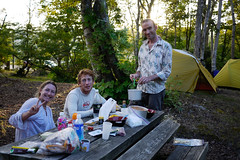