Last year I was here at Hakuginso Lodge (Fukiage Onsen) with three fellows from France and a fellow from Germany (story here). Today I was back with my brother-in-law from New Zealand to try our luck at Mt. Maetokachi (前十勝岳 – 1,790m). I was keen to capture this active volcano’s towering ferules on my camera. Alas, the wind would turn us back this time also, but we made up for it all with some good onsen time. 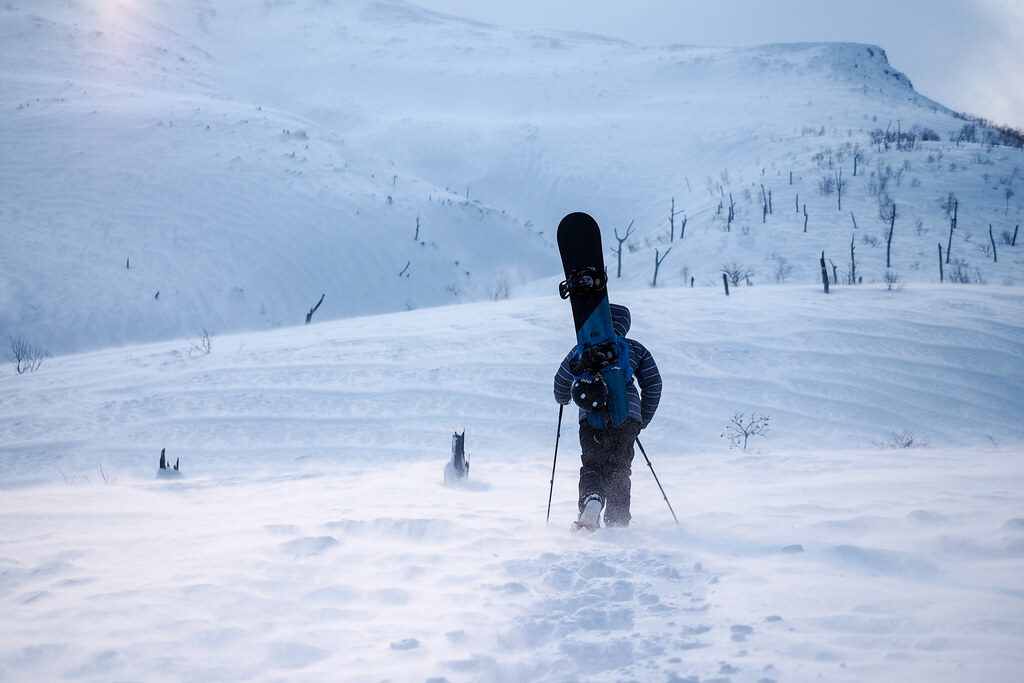 We stayed the night before at Hakuginso Lodge (Fukiage Onsen). I’ve written about Hakuginso Lodge before – this place is unique in Hokkaido for its affordable and practical accommodation for anyone passionate about big hills and beautiful snow (see my Hakuginso Lodge info here). Situated at 1,000m altitude, it has a full kitchen, basement drying room with direct access from outside, and a massive onsen. Step from the entrance onto your skis, into wilderness. Rooms are either 12-person bunkrooms (bunks with individual curtains) or large tatami rooms for large groups. 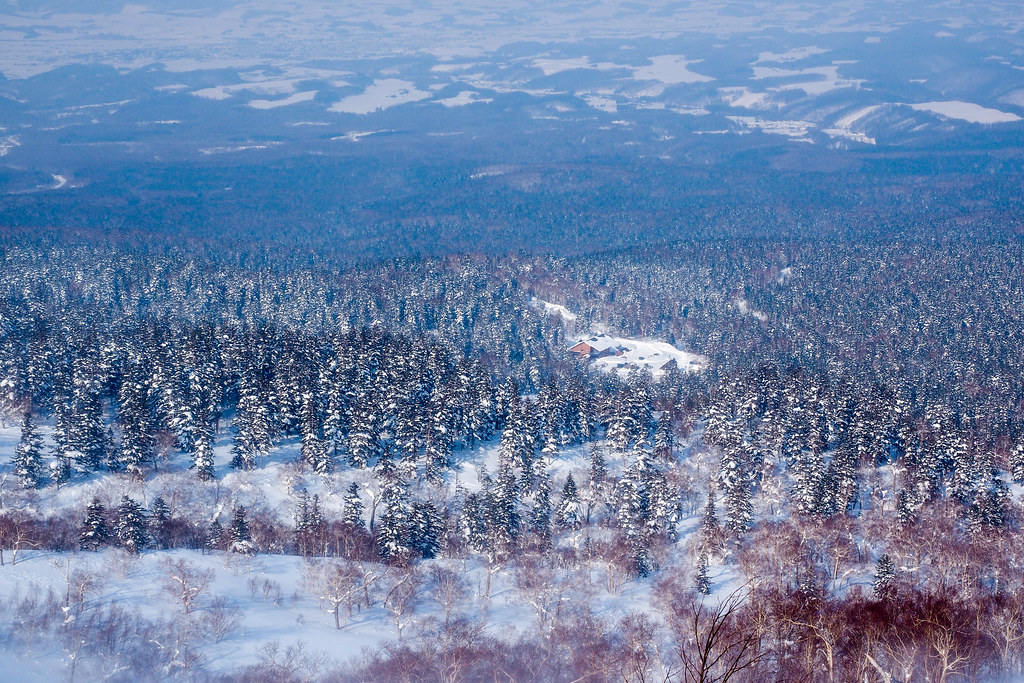 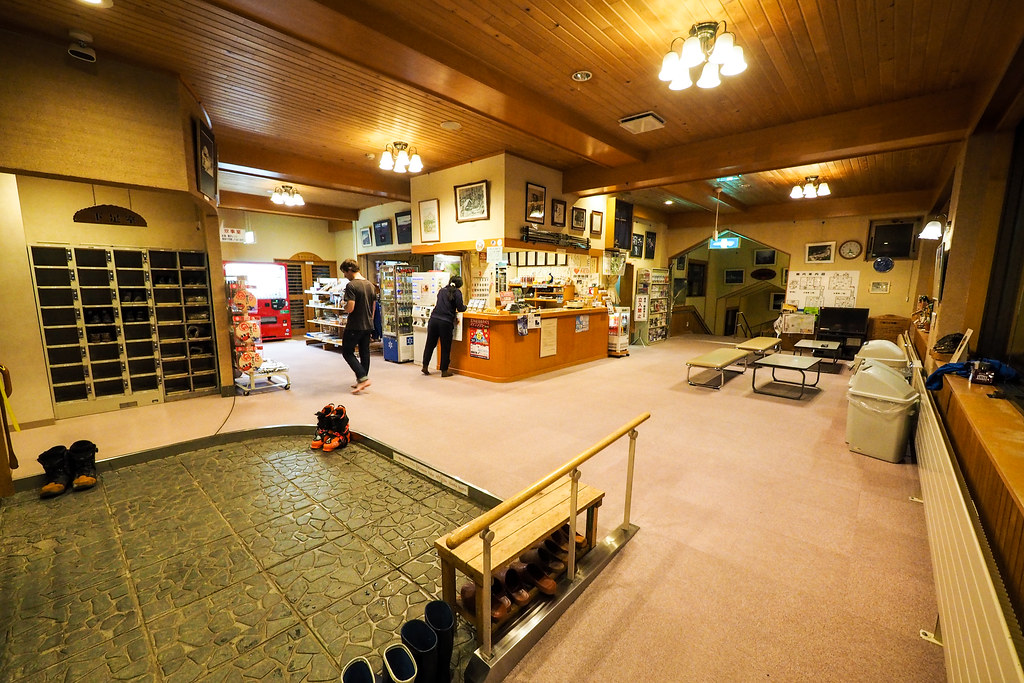 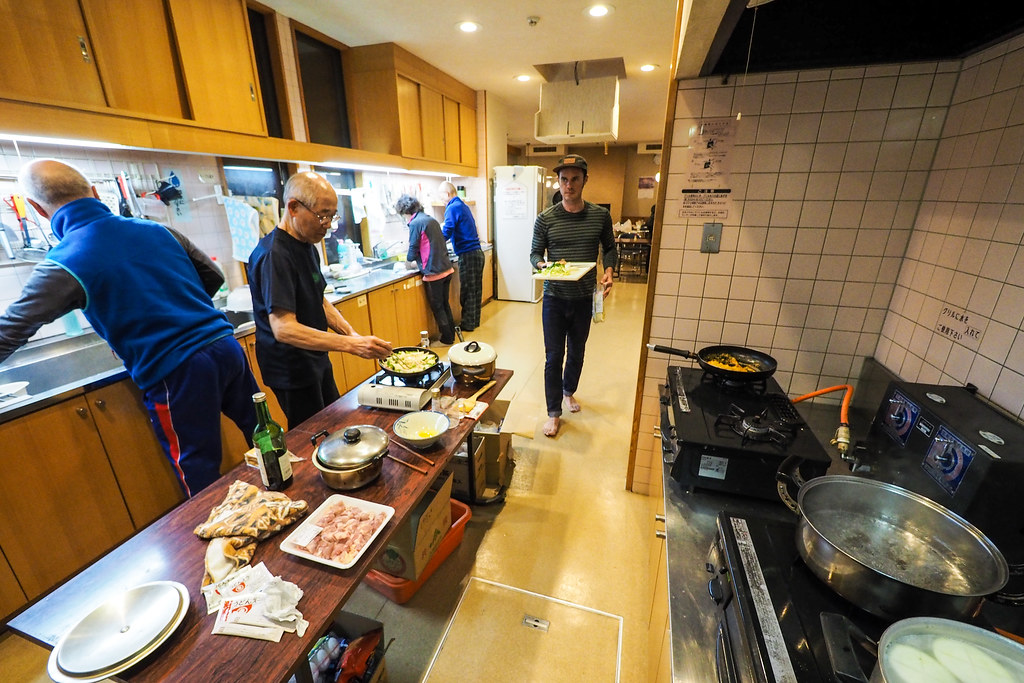 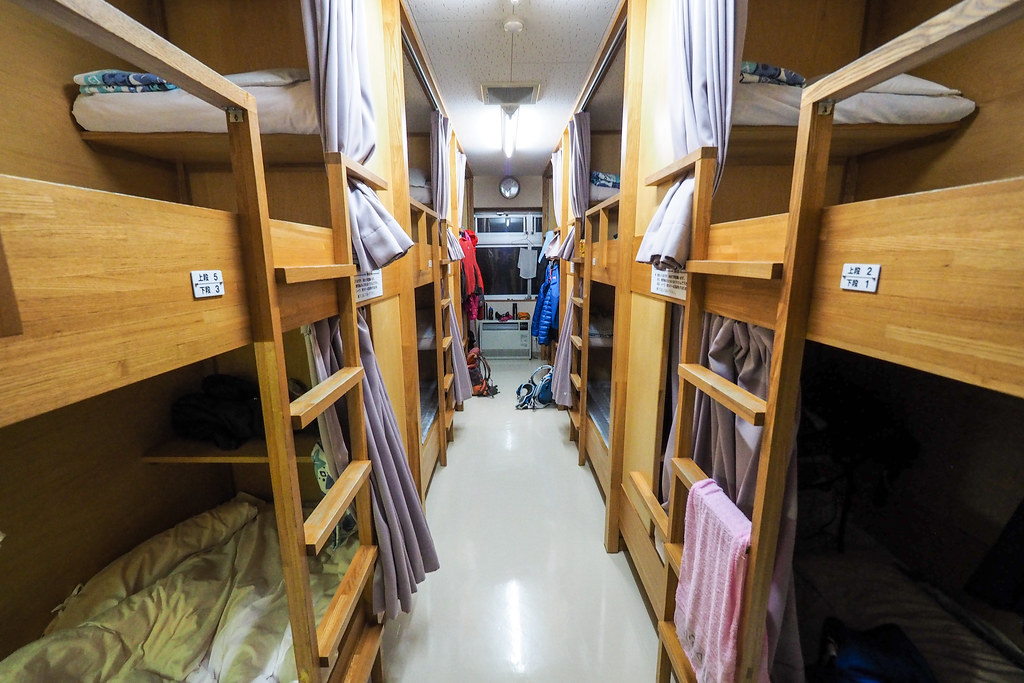 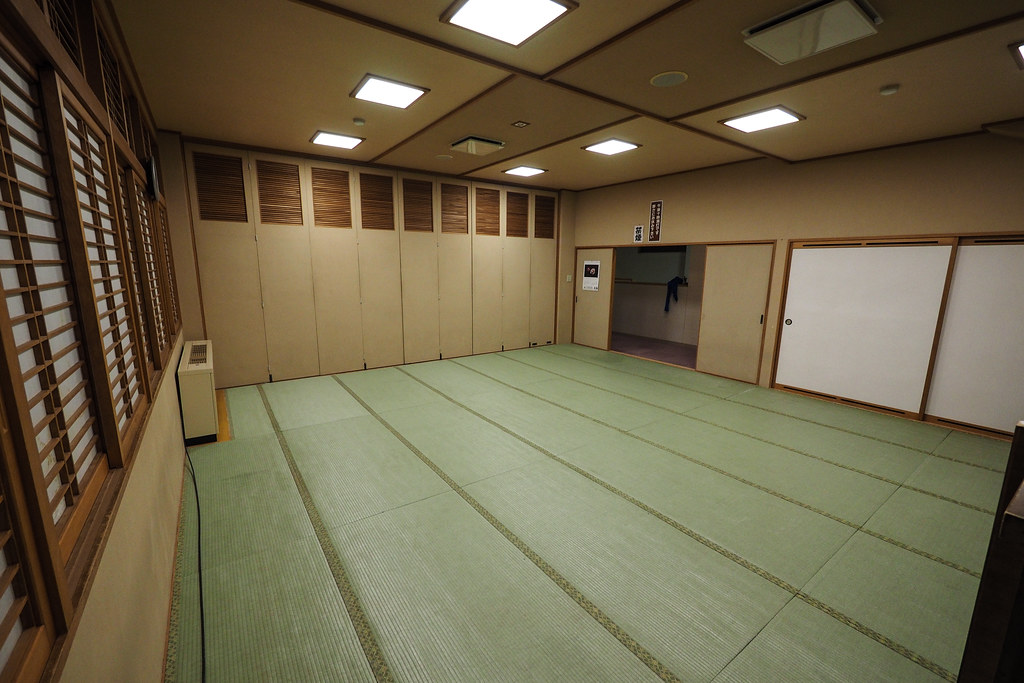 We started up the mountain from the lodge at just before 8am. The route first cuts northwards through dense woods before crossing a stream over a snowbridge. At this stage everything was quiet and still. 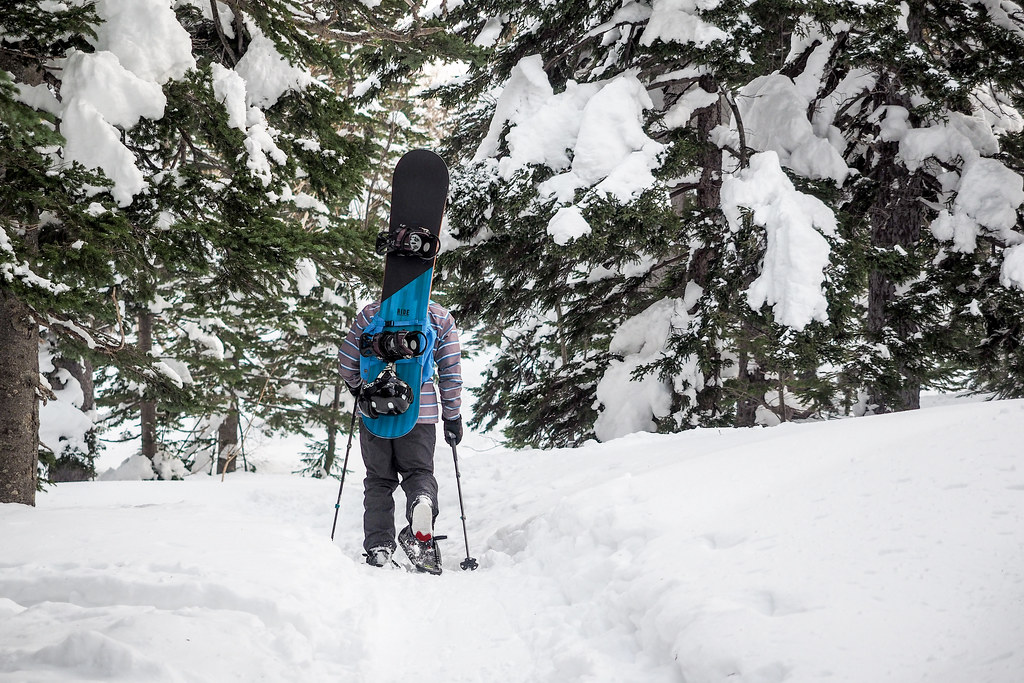 Before long, we were out of the trees and on the exposed lower slopes of Mt. Maetokachi’s north-western face. It became immediately clear that this would be no walk in the park. 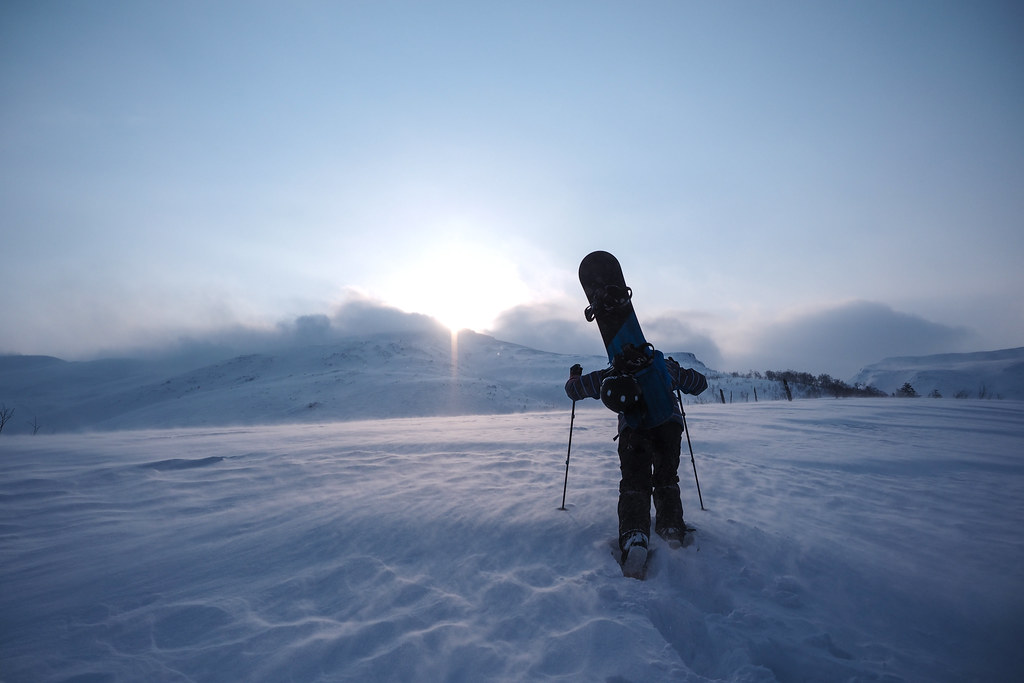 While it was a beautiful clear day overhead, any hopes for towering ferules at the summit were dashed. We could smell the sulfurous gases from where we were, almost 700m below the summit – they were being blown straight down the mountain.

We hiked for just over an hour before deciding to turn around. We’d only gained 400m in altitude, but the wind did not appear to be abating, and if anything felt as though it was getting stronger. For Josh, the downsides of having a large parachute-like contraption strapped to one’s back in a headwind like this were fairly clear.

On the positive side, the conditions made for some beautiful sights. Snow flowed across the surface we were walking on, as if sand. The sun peeked in and out from the summit as we ascended, draping the mountain in a soft, high-contrast glow. 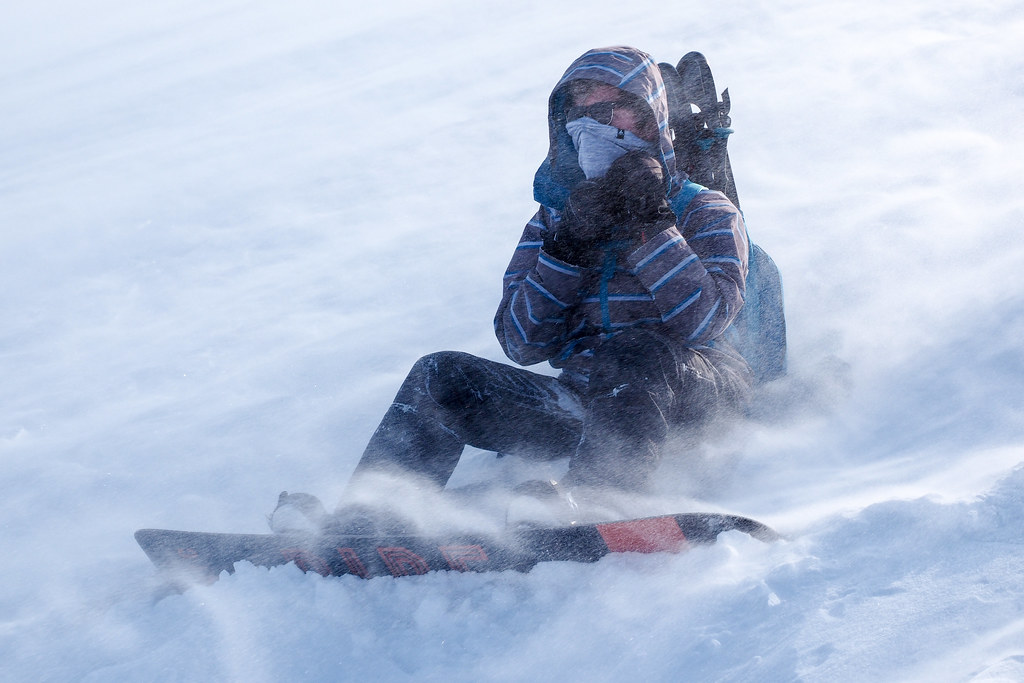 After a hasty transition, we bounced and scraped our way back down the mountain. Even on the flatter parts we were flying. I’ve never skied with such a strong tailwind! 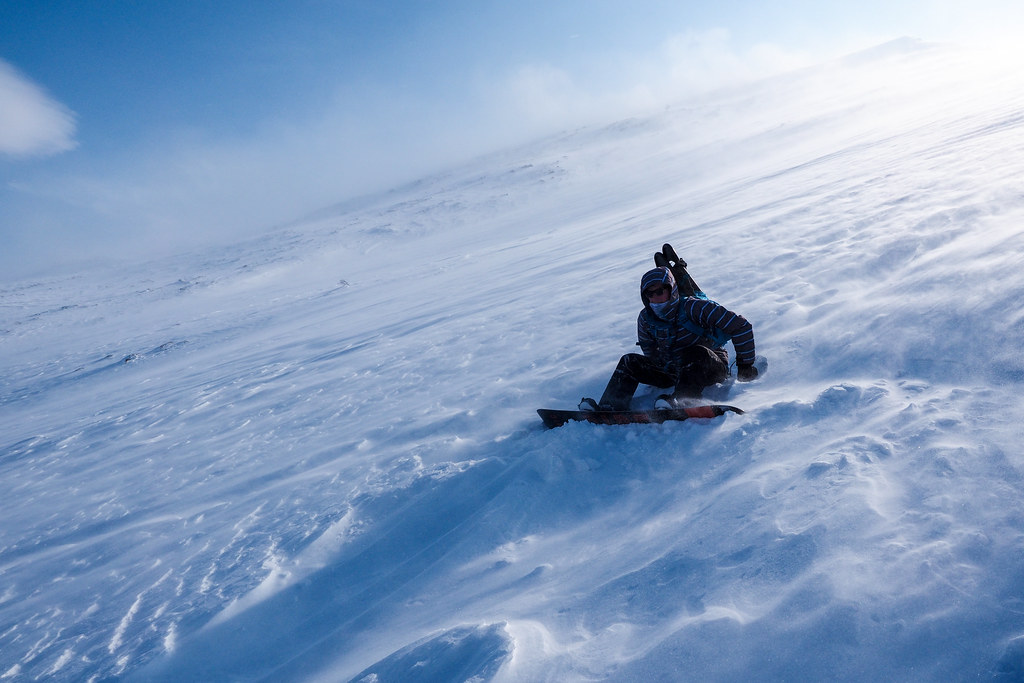 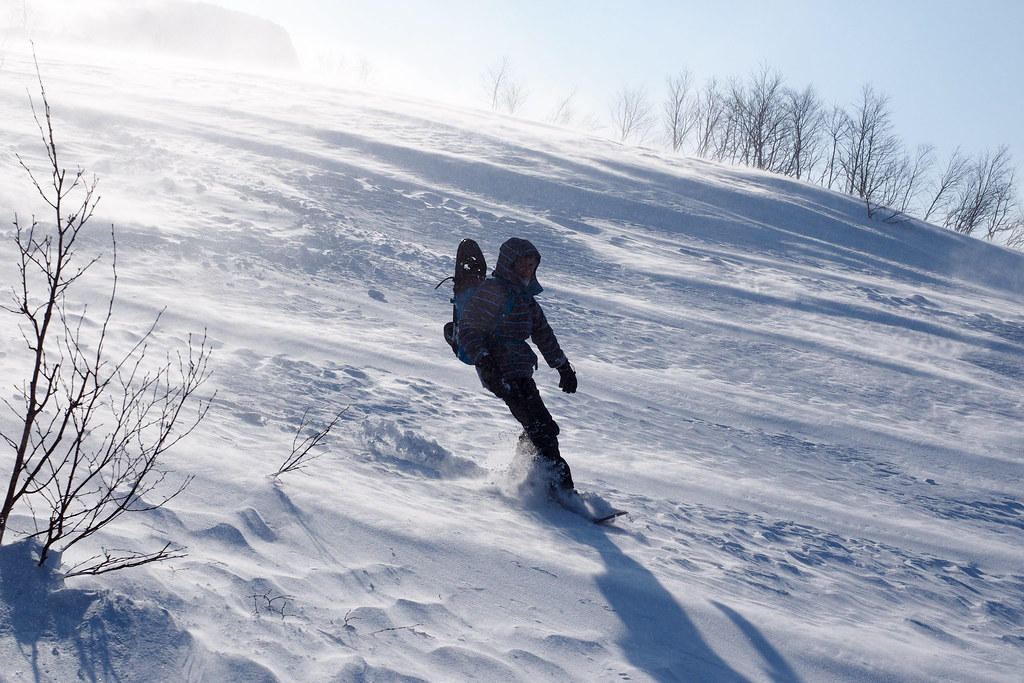 It was certainly not the “holy place of powder” that the place was supposed to be. But Mt. Maetokachi still had me charmed.

Seeing it was only just before 10am when we got back to the car, we decided to spend the rest of the morning checking out some of the onsen in the area. First on the list was the free, open-air, mixed-gender Fukiage Onsen (location), about 10 minutes walk from Hakuginso Lodge. I’ve been here on numerous occasions (including when I camped next to it on a trip with Leon Roode in winter), but for some reason this time it was much hotter than I remember it ever being. When it became clear that even an avalanche of snow into the pools would hardly make a dent in the heat, we moved on. 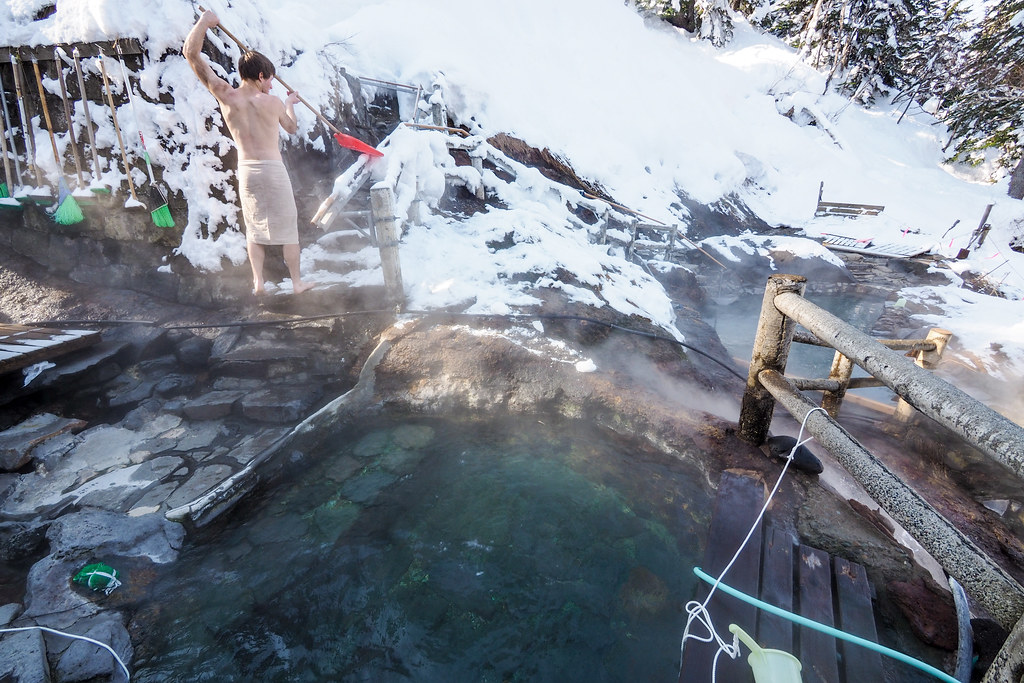 Our next stop was the run-down but location-perfect Ryounkaku Onsen, at the very end of Route 291 (location). While the price for accommodation is on the high side, the onsen (600yen) and lunches (750yen to 1200yen) are reasonable. Perched at 1,250m, this is the place to go if you need some respite from the weather. The views from the restaurant and onsen are top class. They were a perfect place to end our central Hokkaido adventure, and to begin the 3 hour drive back so Sapporo. 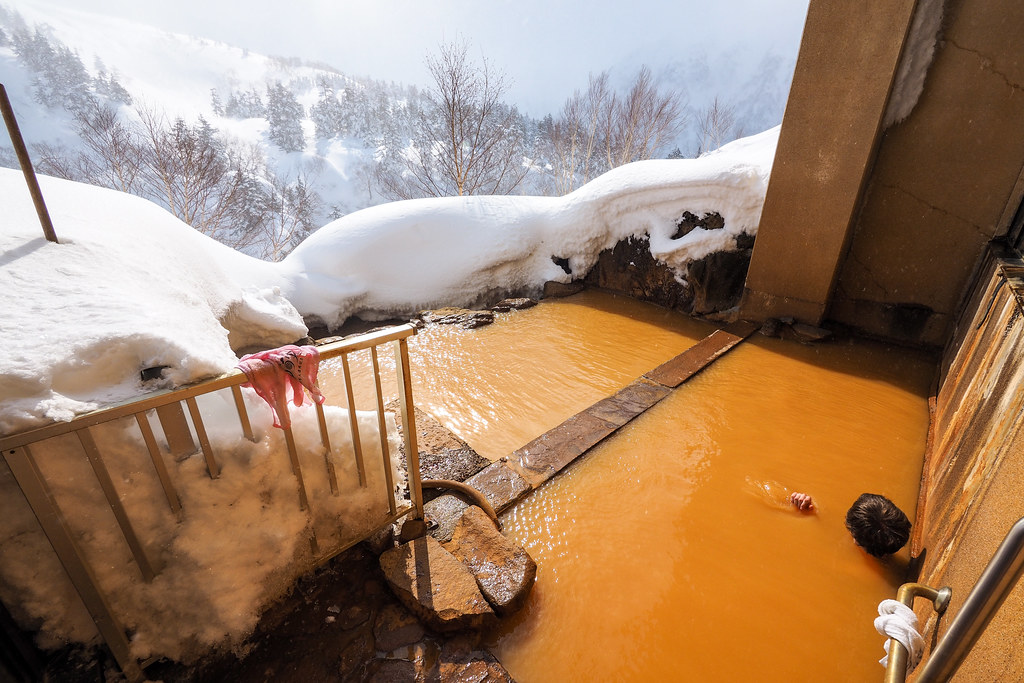 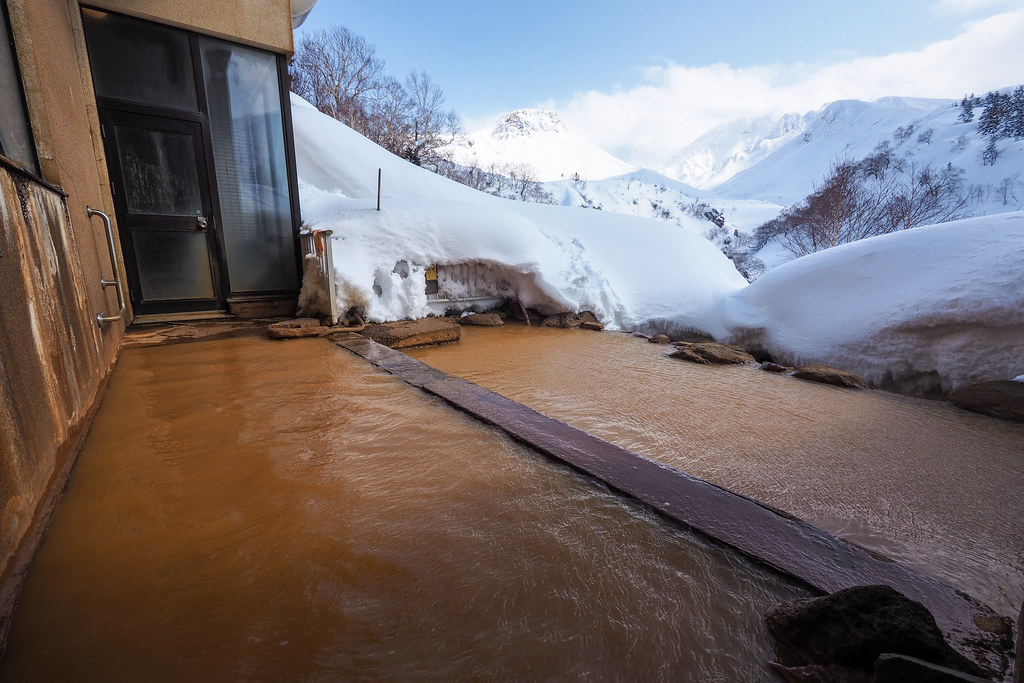