Recently, an old friend from high school contacted me about her friend’s boyfriend who is cycling around the world. Cliff Matsuya is his name, and he’s been on the road for 8 months now, and will be on the road for another two months before heading back home to England. I got word that Cliff and his friend Jack Eagle (who has been cycling with Cliff for the last 4 months or so) would be passing by Sapporo on their way north to the top of Japan, so I decided that I would convince them to allow me to cycle with them for a couple of days. I would then take the train back to Sapporo. 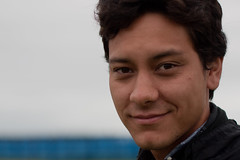 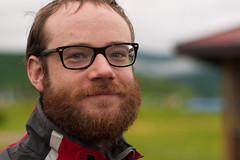 In the end they welcomed me to cycle with them, and I ended up accompanying them for two relaxed days of cycling from near Sapporo to the town of Rumoi (around 120km), on route 231, on the northwestern coast of Hokkaido.

I met them at 9am on Thursday morning, as they were charging their various electronic devices outside a convenience store. “Japan and Australia has been great for being able to charge cell phones, ” Cliff told me. Indeed, outside most convenience stores in Japan, there are outdoor electrical sockets, presumably originally intended for plugging in illuminated advertisement signs. Very handy for cyclists who use smartphones for updating blogs on the road.

Thursday was spent cycling north towards Rumoi, with the general plan of camping somewhere near Hamamatsu, about half way to Rumoi. I recently acquired a Surly Karate Monkey bicycle, which came setup as a single speed. The plan is to have an 8-speed Shimano Alfine internal gear hub installed, but this has not happened yet. Therefore, for these two days I was officially single-speed touring. “Can you tour on a single-speed?” Cliff asked. “I don’t know. This is the first time I’ve tried,” I replied. It was to be an interesting experiment…

There were plenty of hills on the way to Hamamatsu, but nothing too brutal. The single speed was not too much of an issue, but I was left wishing I had extra gears on the downhills, in order to fully milk the beautiful effects of gravity. On the uphills, it was just a matter of utilizing the clip-in pedals, pulling up on the pedals as much as I pushed down on them. I’m not sure that low revs and lots of force would be great for the knees in the long run, but it was OK for two days. On one particularly long and steep uphill, Cliff asked whether there was any part of me still interested in keeping the bike as a single speed. I answered that honestly there was. The simplicity of it is appealing. But then again, I only had gear in my panniers for an overnight trip. And, I do really miss being able to fully make use of nice tailwinds and downhills…

We arrived in Hamamatsu fairly early, at around 1pm. It was just starting to rain as we pulled in at the only convenience store in the village. Across the road was a camping ground with running water and toilets. “It is free to use the camping ground at the moment,” the store clerk told us.

By the time we had eaten lunch, it was raining lightly but steadily. We had noticed a ‘Hamamatsu Onsen’ sign as we were coming into the village, so the rain was just the impetus we needed to end up spending the rest of the afternoon soaking in the onsen (natural hot springs). We ended up staying at the hot springs for at least 3 hours, and by the time we got back to the village campground, bought ingredients for dinner, cooked dinner and retired to our tents for the night, it was 9:30pm; “much later than we usually sleep,” Jack mentioned.

By morning the next day, the rain had stopped. 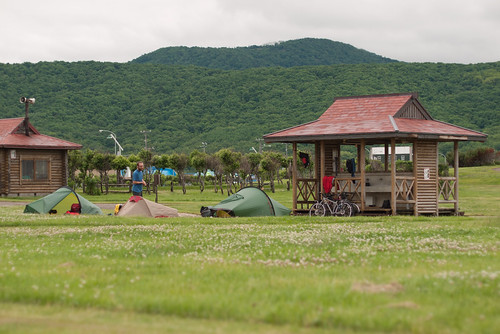 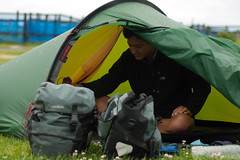 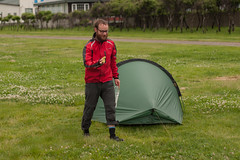 On the menu for breakfast was some rolled oats muesli I had brought from home. The guys loved this; “You just can’t find good cereal in Japan!” Cliff lamented. I was impressed with their morning routine of fresh coffee. I was equally impressed with Cliff’s coffee dripper, made by Japanese company Montbell. 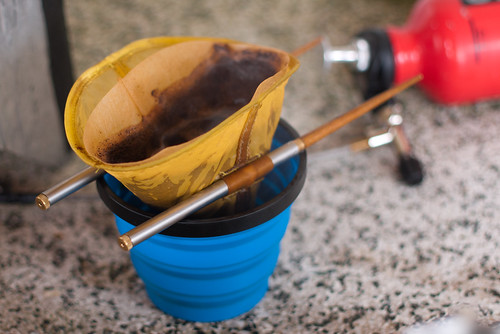 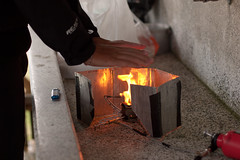 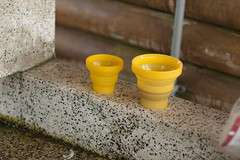 Both Cliff and Jack (perhaps to the larger degree Cliff) seem to have a penchant for high quality gear. They were both riding Thorn touring bicycles, with some very nice hard-wearing componentry. 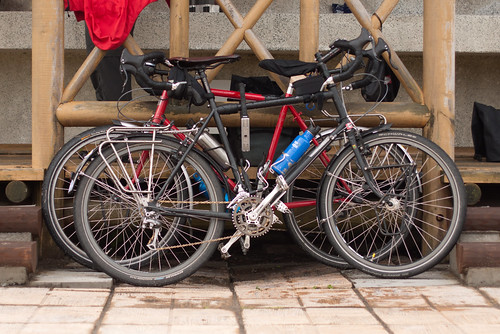 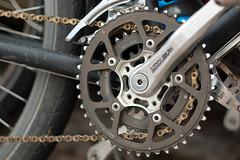 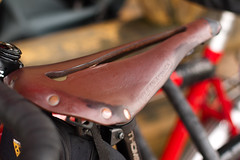 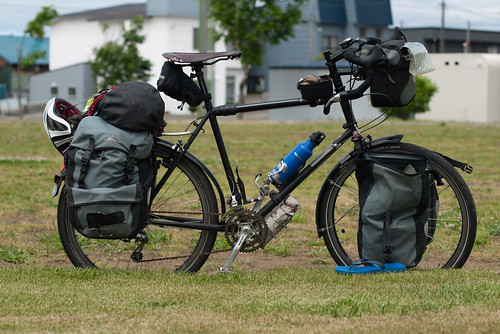 Once we finally got away from camp, we spent about half the day in tunnels, and half the day cycling past beautiful coastal scenery. 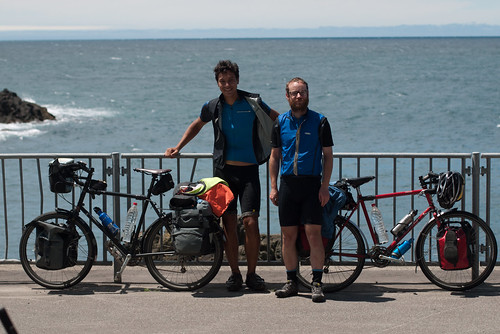 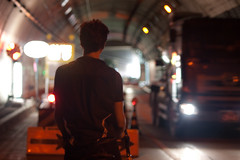 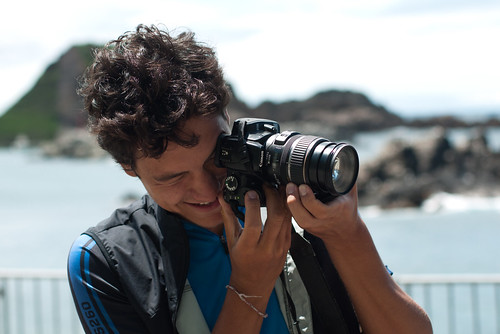 Over lunch, Cliff and Jack discussed their plan of attack for the rest of their time in Hokkaido. They only have  a limited amount of time in Hokkaido before they have to catch a ferry back down to Tokyo, in order to meet Cliff’s girlfriend who is flying in from England. 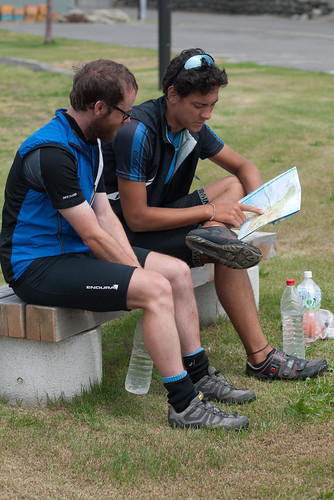 Luckily, were met a Japanese cyclist in the morning, and he let us know about a free rider’s house accommodation in Rumoi. Basically, there are riders’ houses all throughout Japan. Very few are free, but most only cost around 1000 yen to stay at. The one at Rumoi is run by volunteers from businesses in the area. The longitude/latitude coordinates are 43.940645, 141.650896.

I bid farewell to the chaps after helping them with the registration forms for the riders’ house. From there I packed my bike up into a bike bag and jumped on the train back to Sapporo; a four-hour ordeal on the slowest, cheapest train (the faster limited express would have only taken around 2 hours, but I was feeling stingy).

I got home just in time for dinner on Friday night 🙂