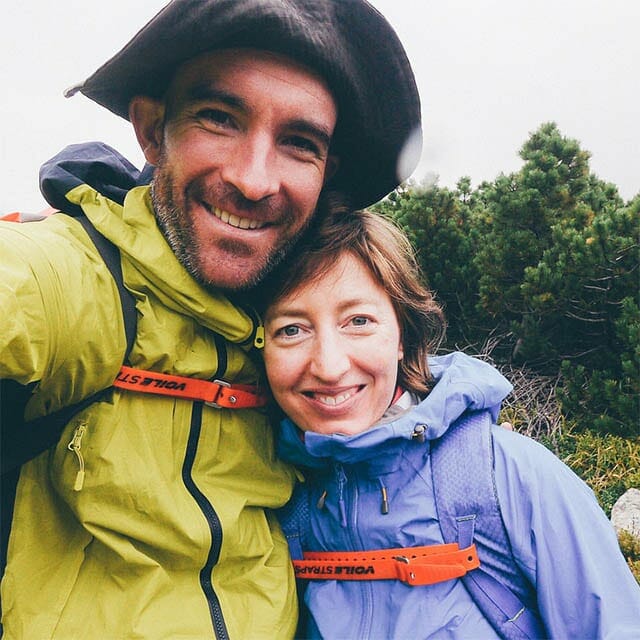 Matsumae Town on the south coast of Hokkaido was a surprise. As one of the earliest settlements on Hokkaido by the Japanese in the late 1800’s, it still maintains its mainland-Japan feel, with traditional Japanese architecture not seen in other parts of Hokkaido. Today we also caught a glimpse of the newly opened Hokkaido bullet train.

Last night we had set up camp in pitch black, next to the toilet block of a park at the upper end of Matsumae Town. We didn’t actually have much of a concept of what the park was or where we were in relation to the park as a whole. When we popped our heads out of the tent in the morning, however, we were surprised at how ‘Japanese’ the whole scene felt. 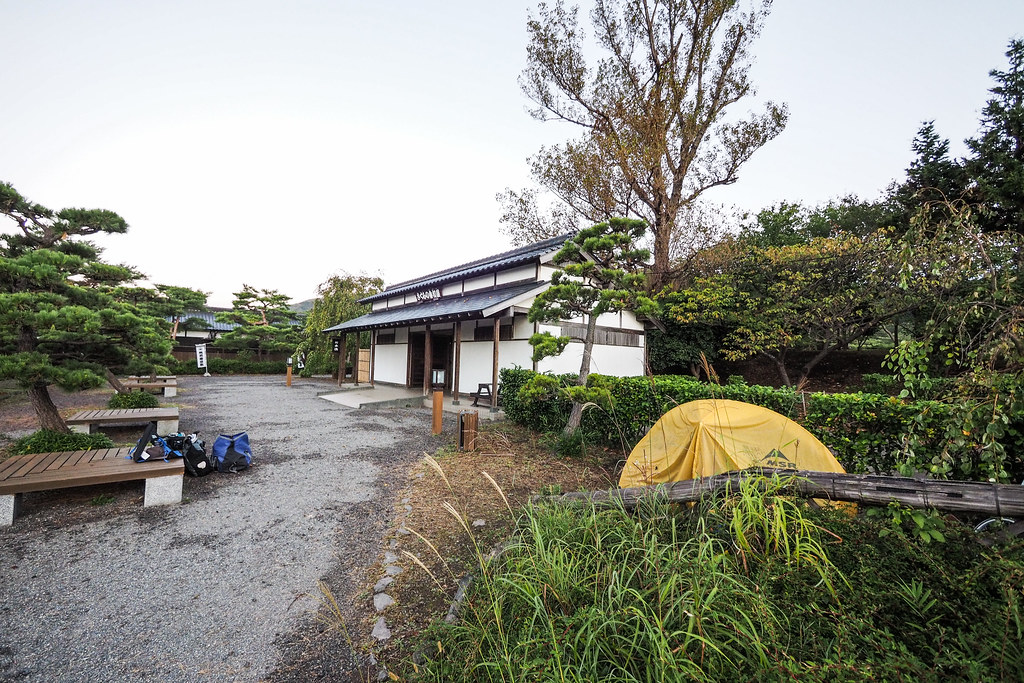 We had somehow managed to camp in one of the larger parks in the town, much of it dedicated to recreating the olden-days Japanese village. 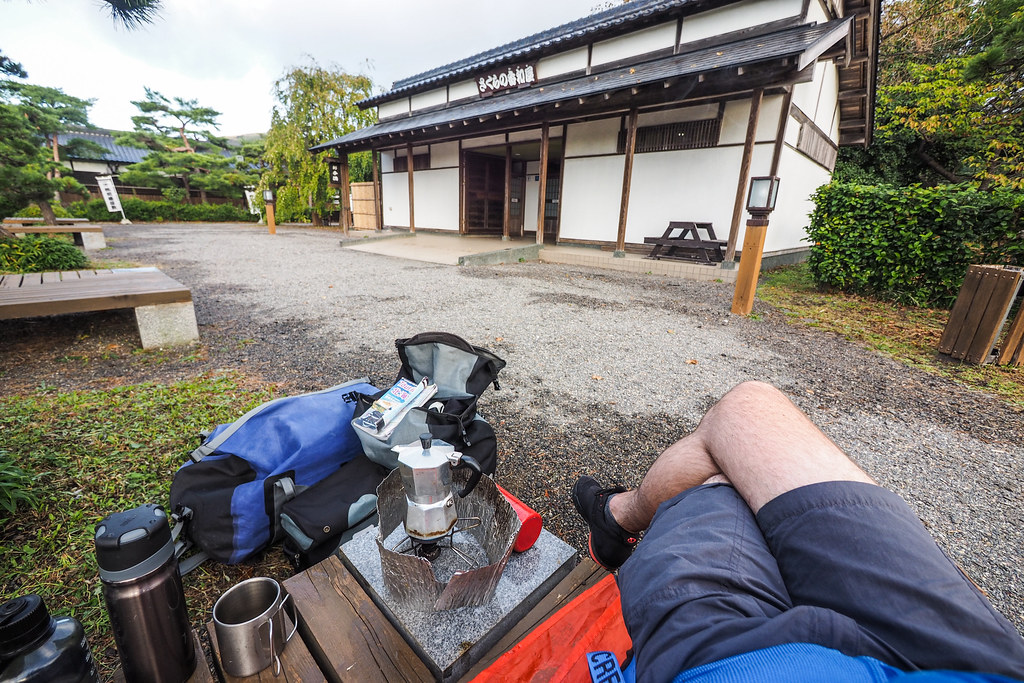 After promptly packing up before we inconvenienced anyone, we headed slowly back down to town, via the old Matsumae Castle. Haidee was in her element, reading as much as she could about the town’s history. 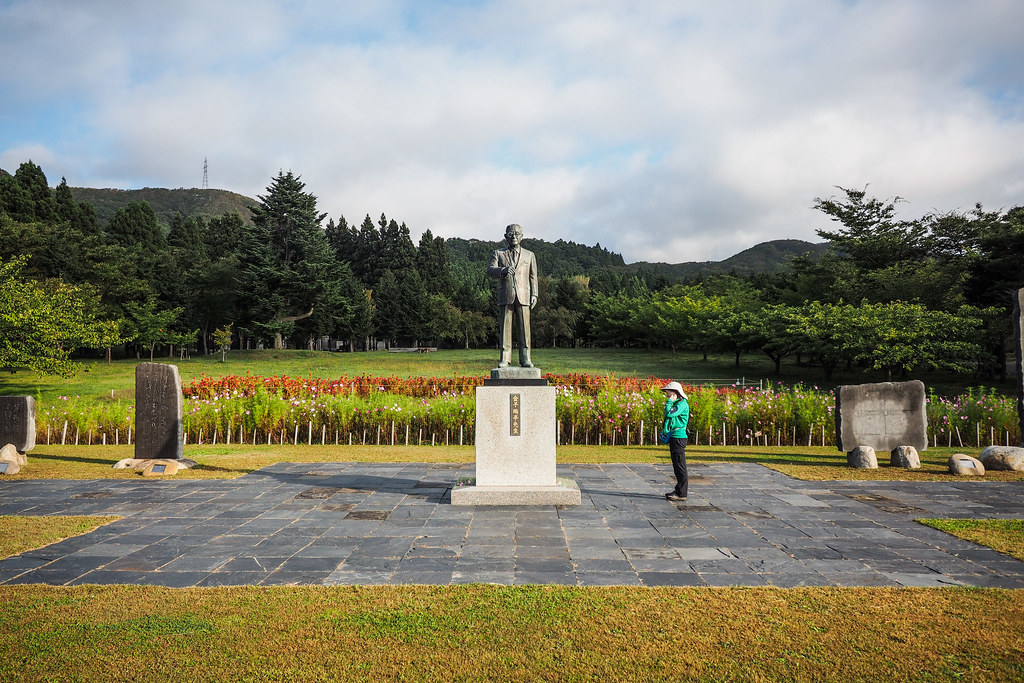 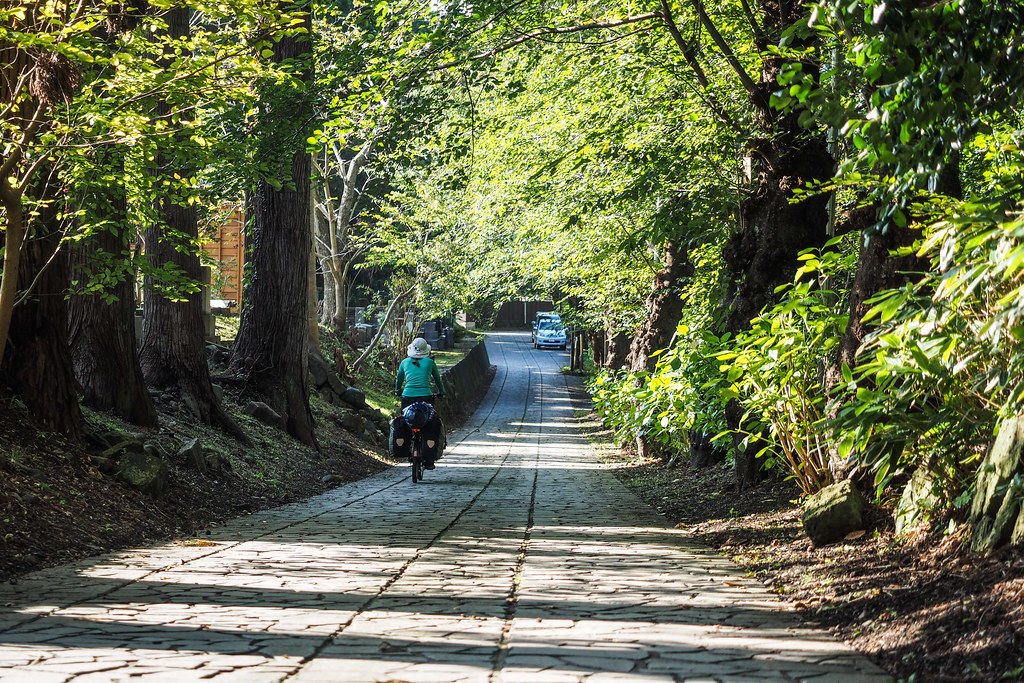 Luckily for us, the castle staff let us in 45 minutes before the official opening time. It was one of the more enjoyable Japanese castle experiences I’ve had – we had the whole place to ourselves, and the views were amazing. 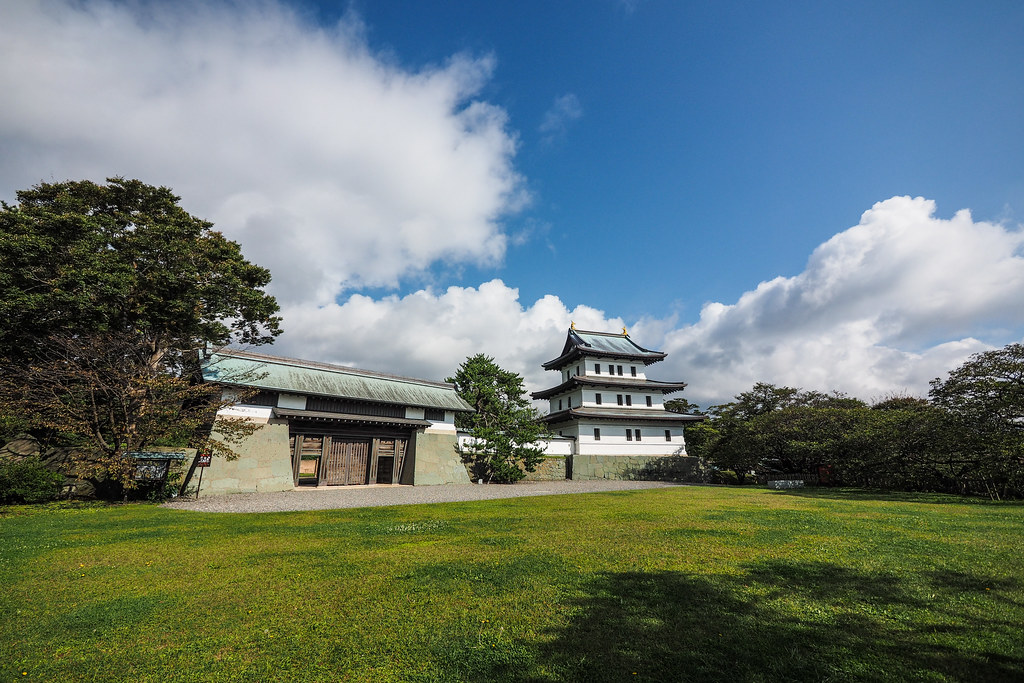 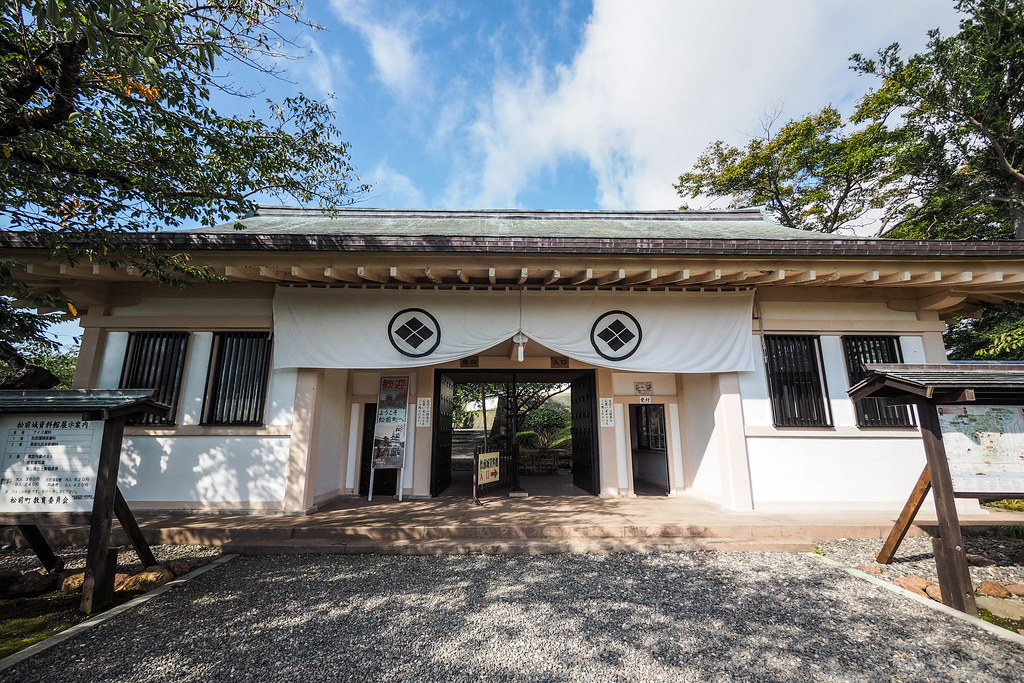 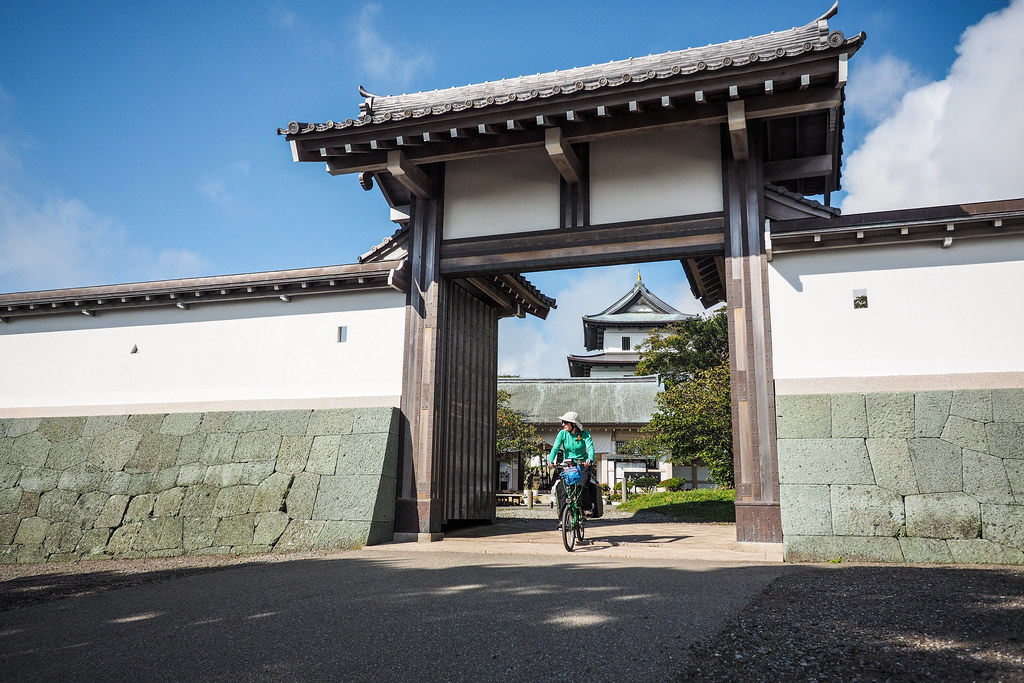 From Matsumae it was a relatively uneventful ride around the coast to Shiriuchi Town. Highlights included the southern-most point of Hokkaido – Cape Shiramisaki – and a stop in Fukushima Town, the home to the Seikan tunnel museum. This undersea railway tunnel is the longest in the world, and connects Japan’s main islands of Honshu and Hokkaido. The museum is a fascinating resource, and includes a 15 minute film about the construction of the tunnel. It took 17 years to build the tunnel, and is now used by the JR bullet train and some freight trains. 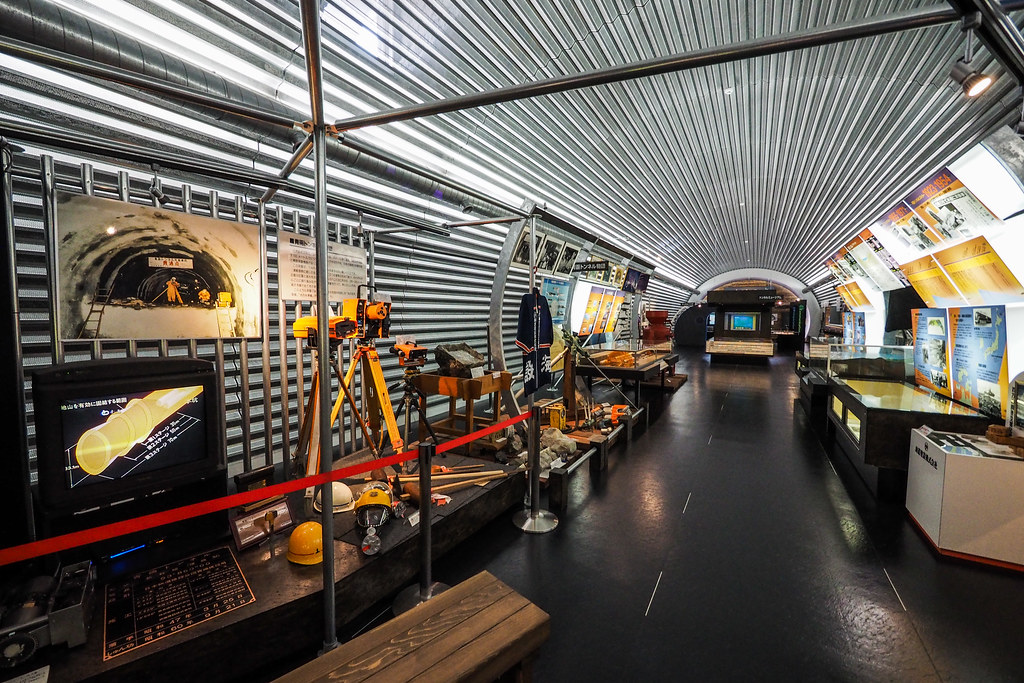 Further along after lunch, as we were passing the official entrance to the tunnel at the western end of Shiriuchi Town, we managed to get a glimpse of the Hokkaido bullet train, only recently made operational. This was from the second floor of the Shiriuchi michi-no-eki (roadstop). Right next door to the michi-no-eki, the company that runs the roadstop was constructing a four story viewing platform. As we were about to leave, the groundsman was coming out of his shed, and I asked if they expected an increase in visitors now that the bullet trains were running.

“The problem is that they’re all railway-mania types,” he said. “They come just before the train passes, take their photo when it passes, and then leave straight after. They don’t drop any money at the store!” he lamented.

I was happy that I had bought some garlic at the store just before this encounter.

We chatted a little longer, and then Haidee and I went to leave. The caretaker told us to wait, went into his shed, and appeared again with a large bag full of fresh tomatoes. “I sell them inside at the store, but here you go – some for you for the road.” 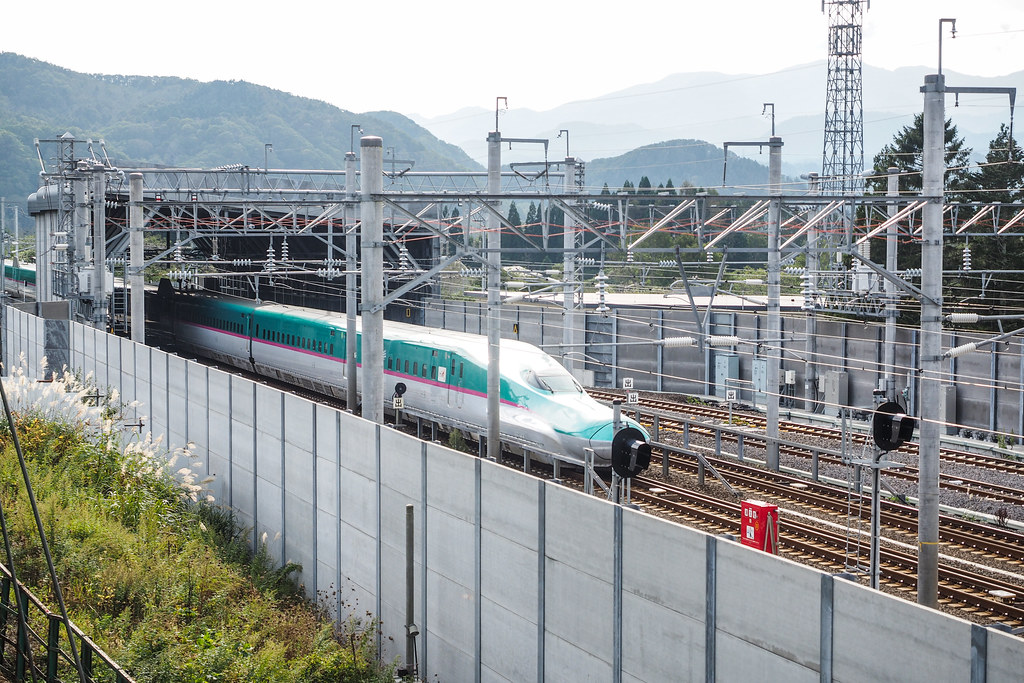 Thankful for the generosity of this kind stranger, we headed off for the final 10km into town. We went straight to the free council camping ground on the banks of the main river that flows through the town, set up camp, and went straight to the nearest onsen, about 3km away. Amazingly, this onsen had a ‘family’ bath, available on a first come first served basis, for no extra cost. That meant that Haidee and I got our own hotsprings to ourselves. Perfect after a day outside on the bikes. 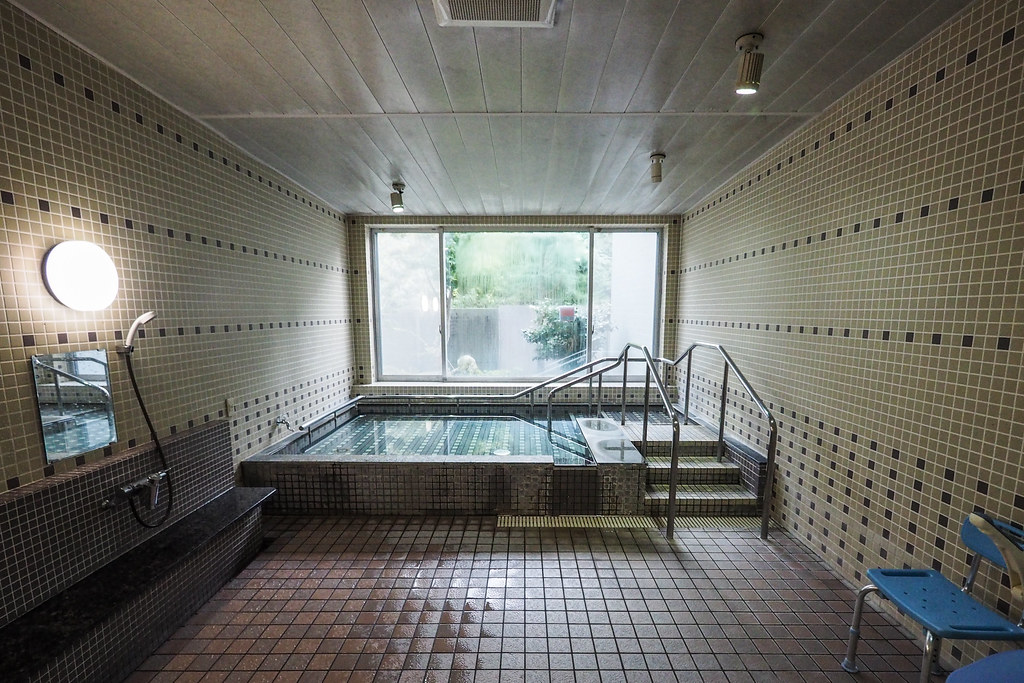 Post-onsen we returned to the campground and I cooked up a large curry using just tomatoes, onion, garlic, and mushrooms – no water, since I was able to put at least 10 mid-sized tomatoes into the mix. 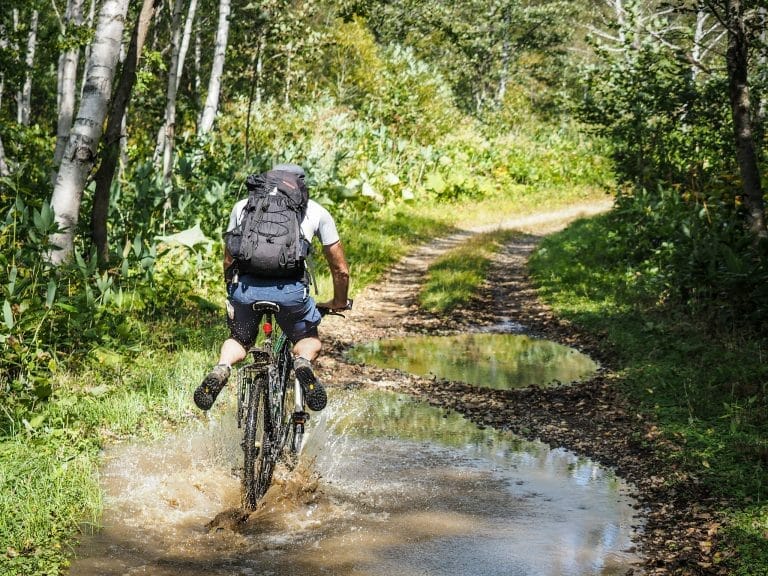