“I always give a sigh of relief when Golden Week comes around,” said my colleague at my new workplace. He’s been here for over 10 years, so for me, the newbie lecturer, this year’s Golden Week couldn’t have come sooner! Haidee and I made the most of it by getting away on another week-long cycle trip to old haunts. 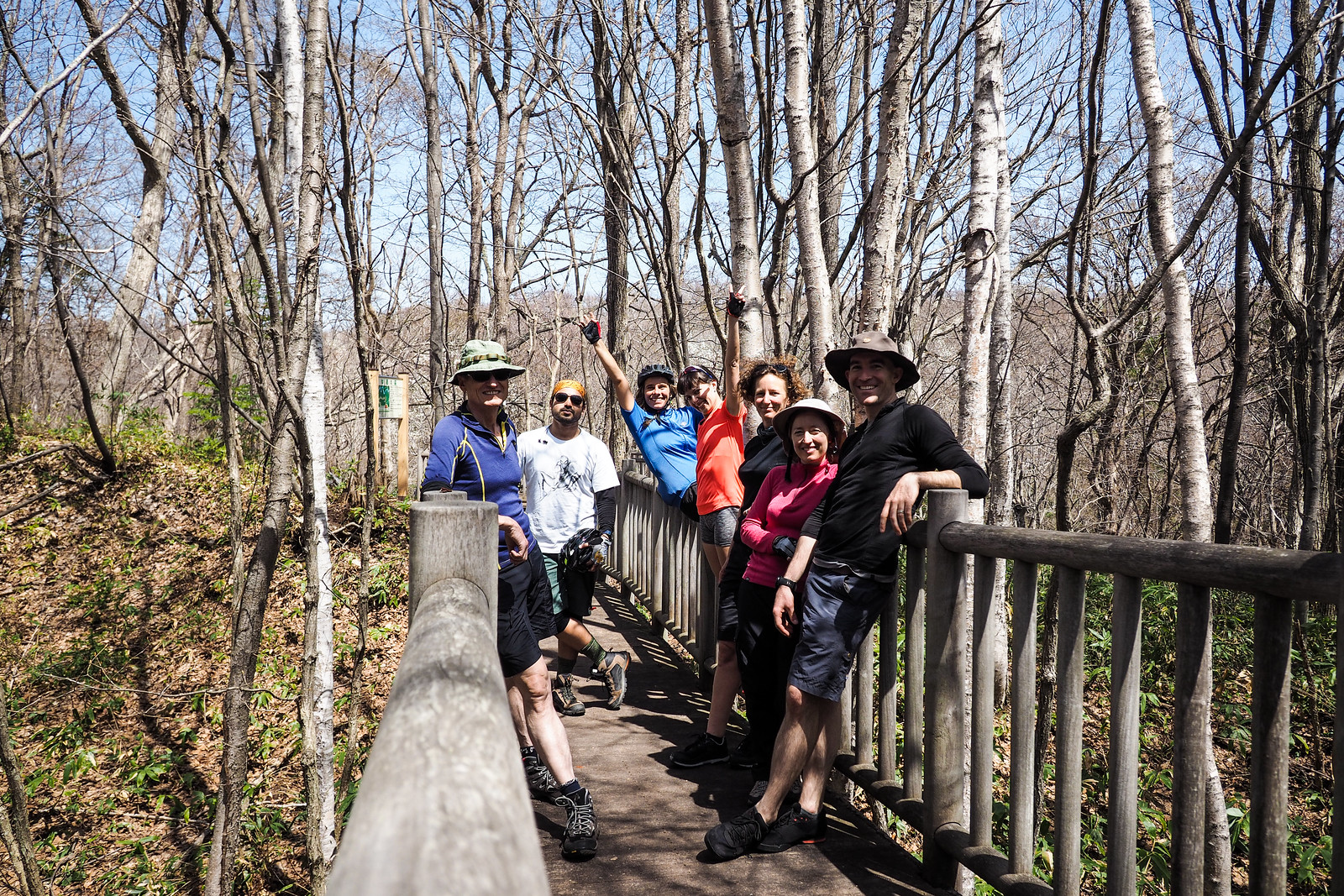 The theme for this year’s Japanese Golden Week public holidays (say what?) was similar to that of our 2013 Golden Week tour: a visit to Miyajima Pond in Tsukigata Town, about 75km northeast of Sapporo City.

The thing that enticed us this year again was the promise of thousands of migratory geese at Miyajima Pond. And this time we managed to end up with quite a group of hardy cycle tourists from England, Slovakia, Hungary, India, France, Australia and of course New Zealand.

From our experience 4 years ago, we were really hoping we’d not be cycling for 4 days in the rain. As it would turn out, we would have some of the hottest weather we’ve experienced during a Golden Week since we moved to Hokkaido some 7 years ago.

The route for the first day started on the glorious Shiroishi Cycling road out of Sapporo, all the way to Kita-Hiroshima City. It was actually swelteringly hot. 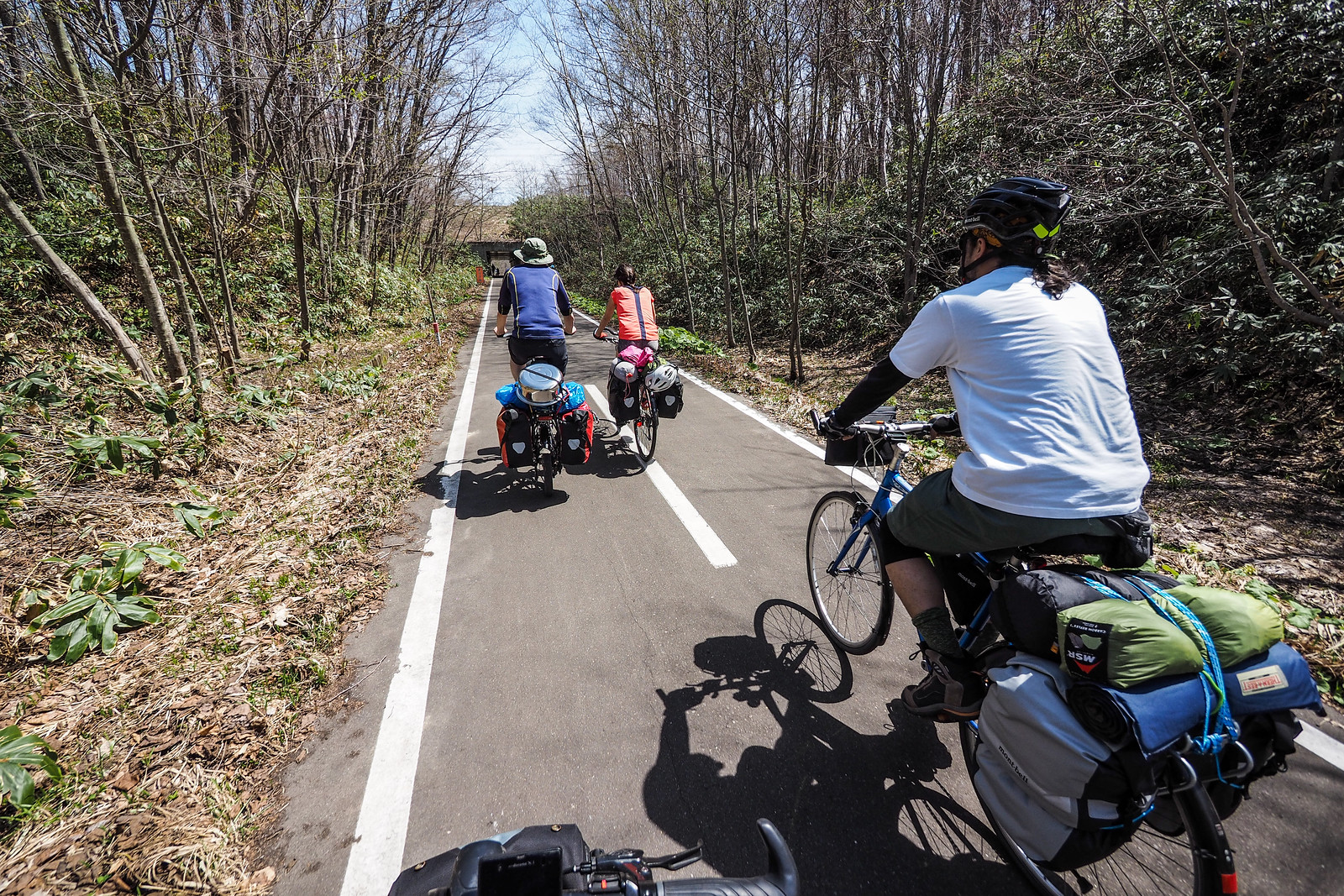 The route from Kita-Hiroshima went direct to Naganuma Town, where we had intended to stay the night at the Naganuma Campground. Simon and Alex, however, who had gone ahead of us by car, let us know that the campground was already full by mid-afternoon.

Usually the campgrounds are as empty as can be during Golden Week, so we were forced to make some last-minute changes. Simon and Alex drove ahead and confirmed that there was room in the Yuni Chosui Campground, so we decided to make the extra 10km trek over the hill to there for the night.

We would still be guaranteed a good soak in an onsen at Yuni Onsen, so all was well.

Very possibly a symptom of being frazzled from a month and a half of my new job (I’d had only one day off during that time due to lecture preparation), I didn’t really think to take many photos until we were happily ensconced at the campground. The camera came out again very swiftly as Simon laid out the feast he’d prepared for us all: chicken and grilled vege tortillas! 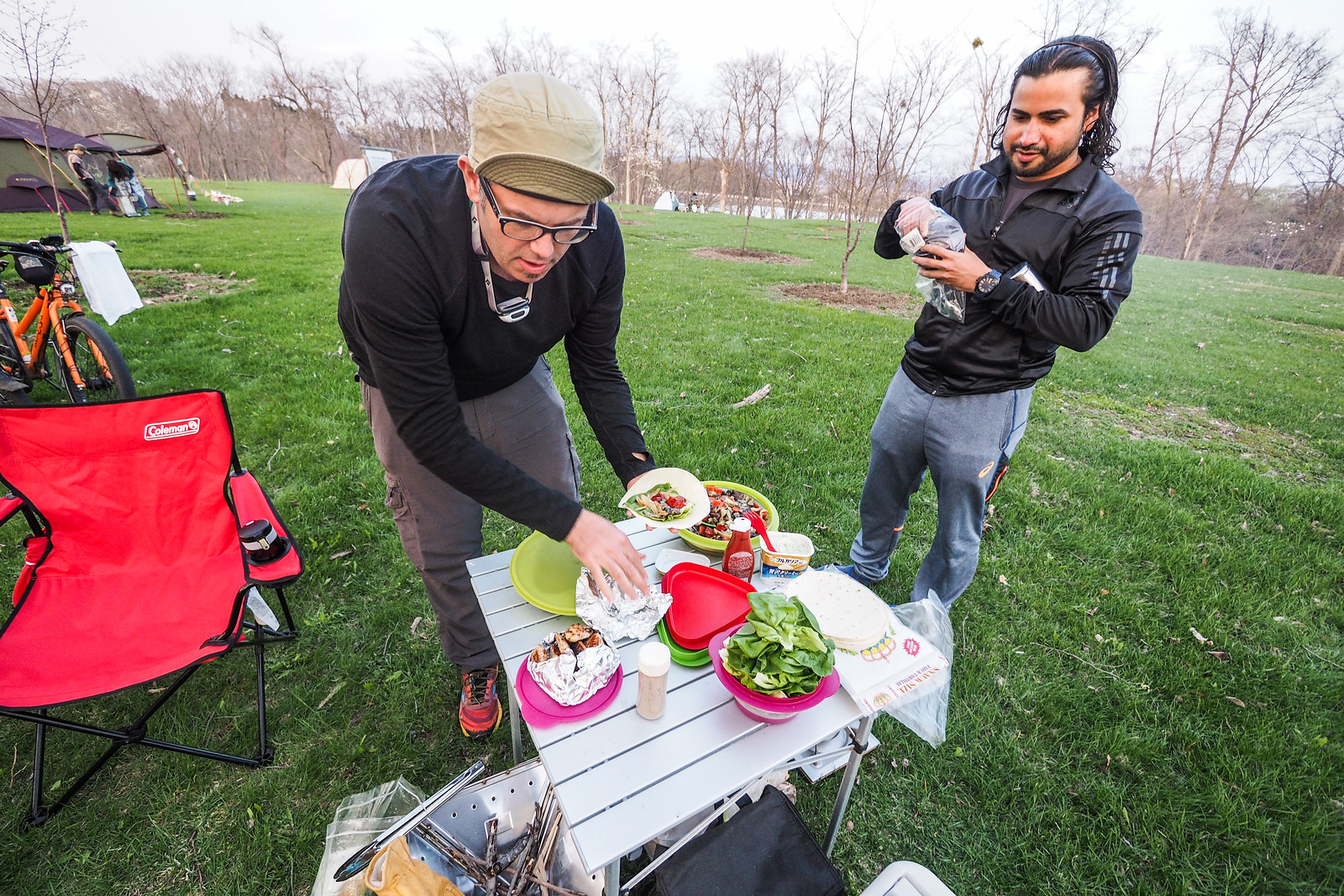 Of course the other perk of having friends arrive at a campsite by car, is that they can bring their portable fire-pit. Complete and utter luxury! Thanks Simon and Alex! 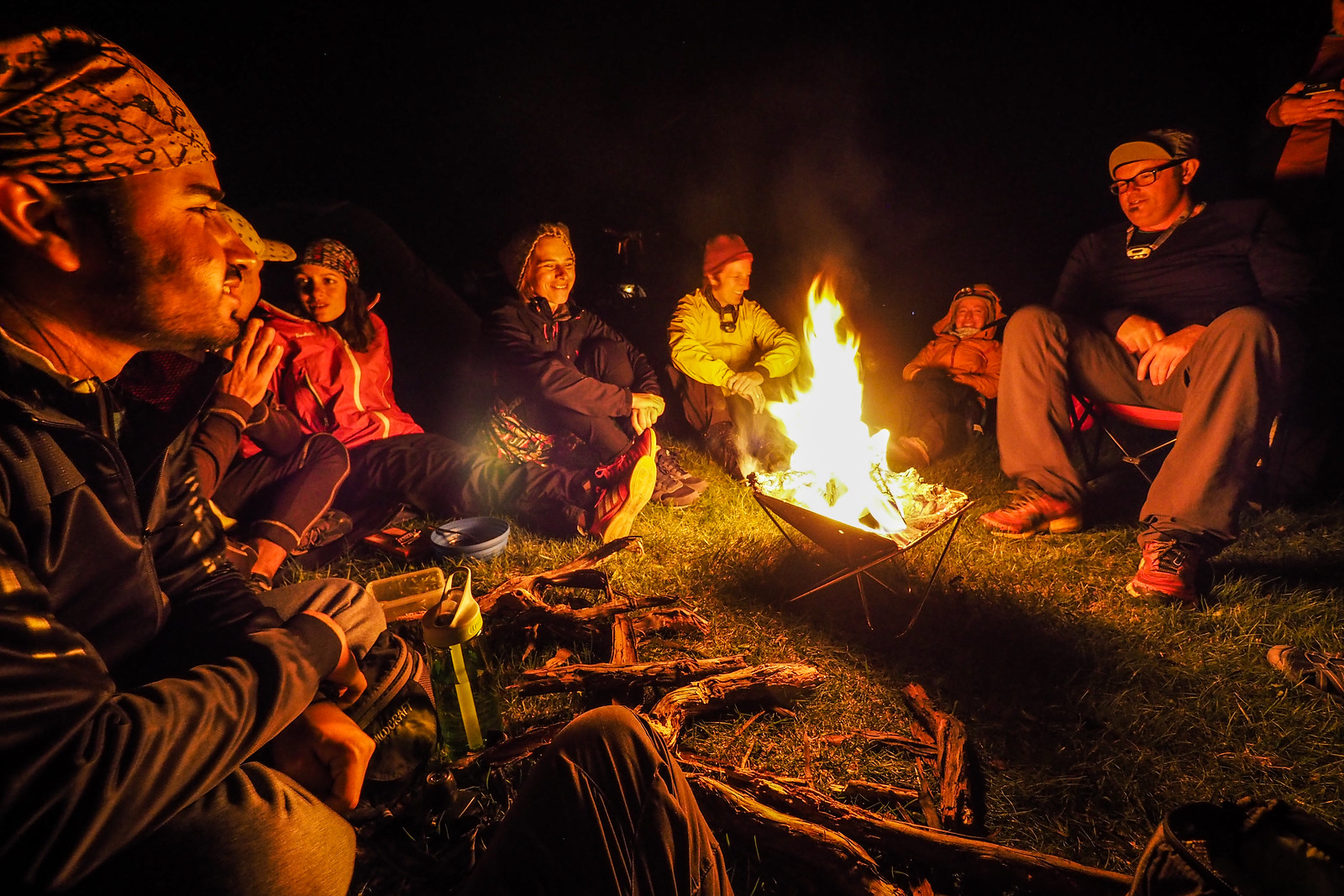