Cycling Across Hokkaido, Japan (Day 2): From Cape Nosappu to Nemuro

Like other summer vacations we’ve had, the first few days on the road tend to consist of tying up loose ends. One such loose end was a Skype meeting Haidee had to attend with other academics in an association she is involved in. So we booked a hotel in Nemuro for the night (only 25km away), and decided to make a day of sightseeing around the area. We’d be back to the hotel in time for the meeting in the evening.

The day started like most of our days on the road. Coffee. Made with a moka pot. We’d used the aluminium 3-cup Bialetti moka pot on previous trips, but this time brought along the 2-cup stainless steel version. It was somewhat of a perilous perch on the MSR Whisperlite Internationalle burner, but it worked. 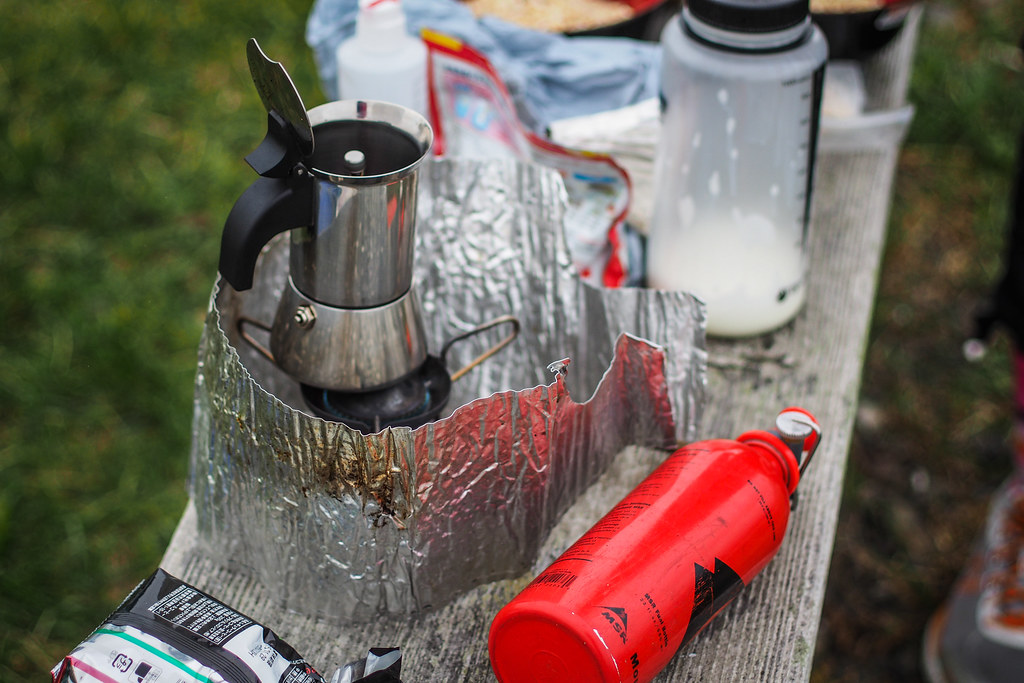 Breakfast was a healthy serving of Haidee’s amazing homemade toasted cereal. Oats, pecans, dried apricot, raisins, sesame seeds, toasted coconut, fennel seeds, cashew nuts and almonds. With milk, and soaked for 5 minutes, that stuff is unmatched by anything in the stores. 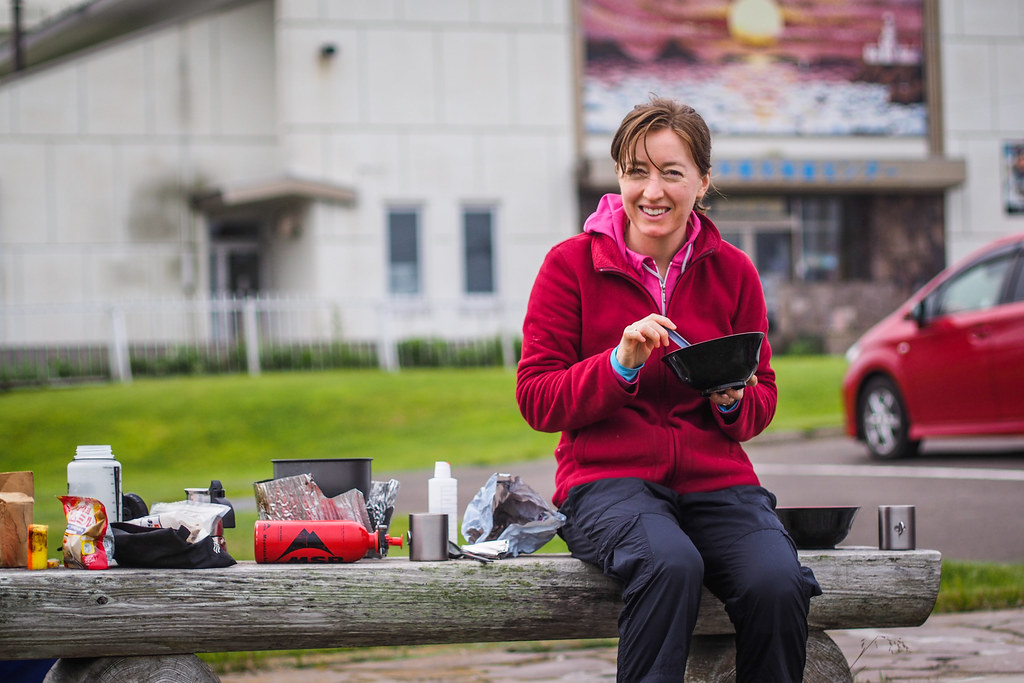 I mentioned in yesterday’s post that we were free-camping in the local “we-love-you-Russia-but-give-us-back-our-islands-you-thieving-bastards” park. Slightly harsh words, yes, but personally that’s the impression I got after wandering around the information center overlooking the previously-Japanese-but-now-Russian islands no more than 7km offshore.

The history is fairly simple: Up until the end of WWII, Japan had sovereignty over the Kuril Islands northeast of Hokkaido. In August 1945, a month before a beleaguered Japan surrendered to allied forces, Russia invaded the islands. Japan was hardly in a position to resist. Since then, Japan has tried to preserve ties and keep nice relations with the people of the Kuril Islands, at the same time plastering this part of northern Japan with not-so indirect signage demanding that the islands be returned to Japan. All rather interesting.

In any case, there is a point where one may gaze longingly upon the islands. We opted for a self-ingratiating tourist photo instead. 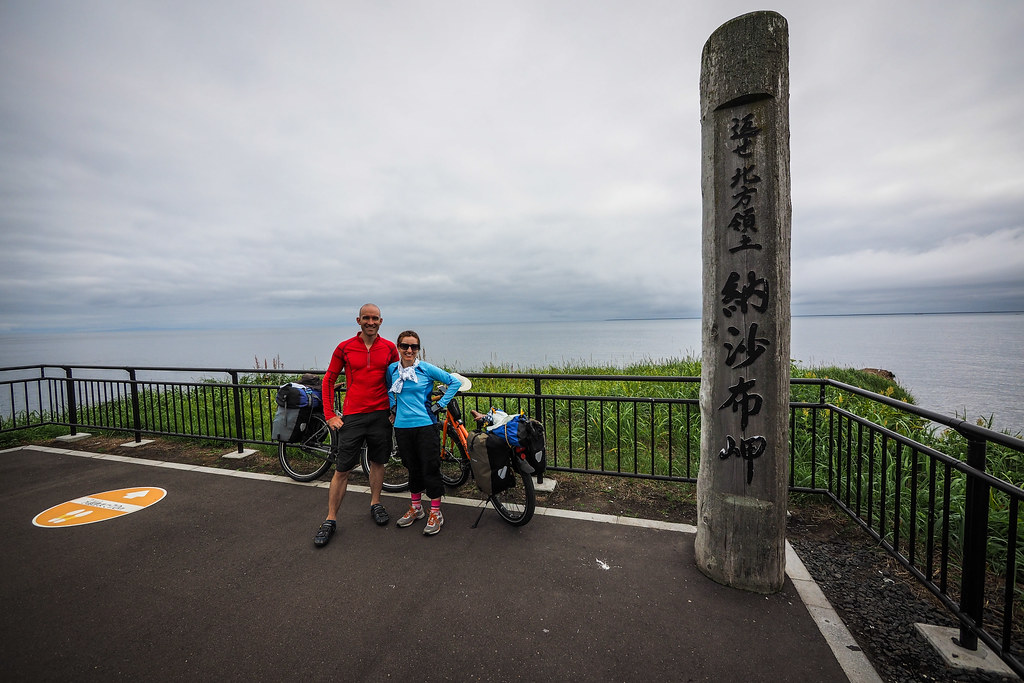 In the information center, there are high-power telescopes where one may peruse the goings on in Russia. 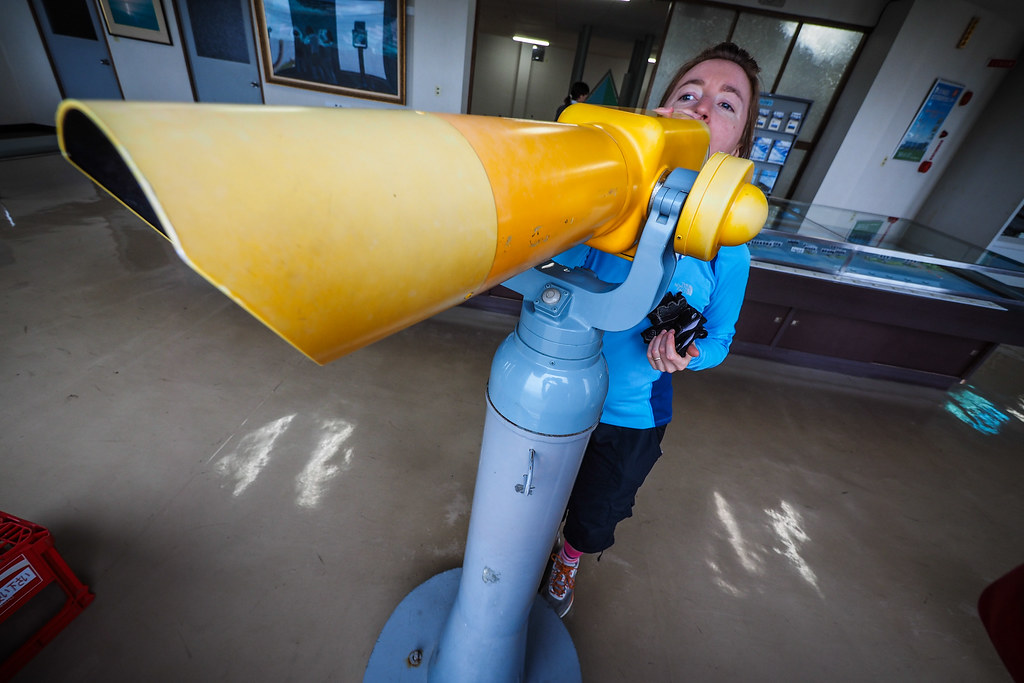 The most interesting thing happening today was a bunch of Russian workers repairing what seemed to be a hopelessly derelict lighthouse, no more than 3.5km away from Japanese soil. 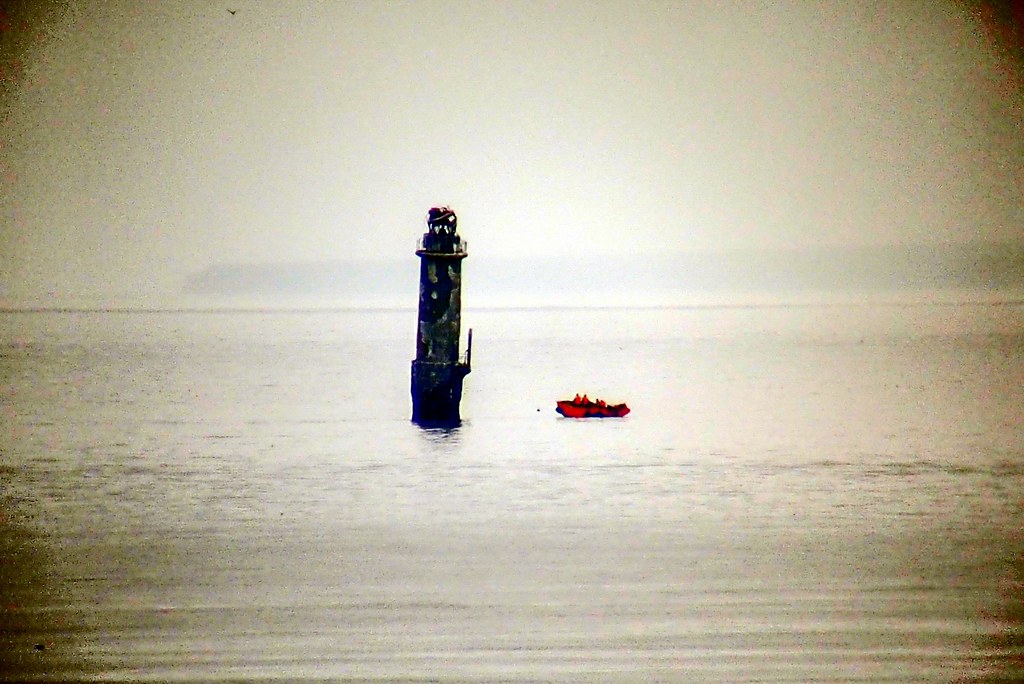 We spent an hour or so at the information center, before heading back towards Nemuro, on the southern side of the Nemuro Peninsula. While the northern side is home to cow farms and horses, the southern side is like a different world. Fishing villages are abundant. And the catch of the month (at least from late July till October) is konbu kelp. 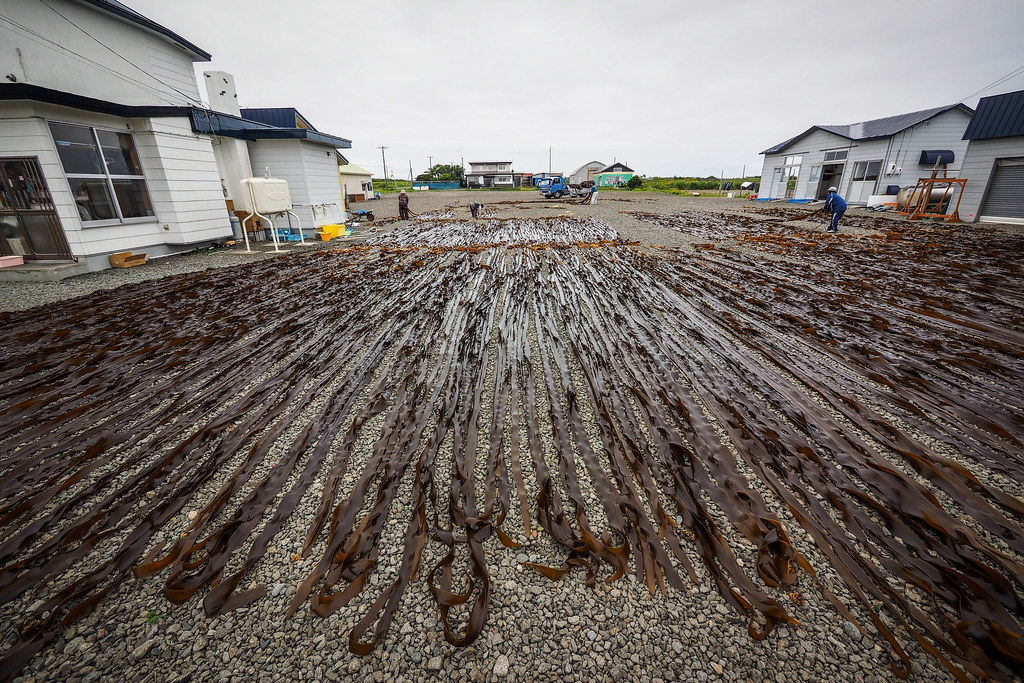 Most houses in the area have spacious gravel-covered sections, where freshly cut konbu is laid out to dry. Any konbu not dry by nightfall gets hung in heated drying sheds. Dried konbu, especially from this region of Japan, fetches a very high price. As is evidenced in the abundance of very new, large homes in this very rural, out-of-the-way region. They seem to be doing better than livestock farmers in Japan. Konbu is used often for flavoring Japanese food (in the form of stock). I had wondered about the sustainability of the practice, since this is all wild konbu, not farmed. Apparently it is, however, sustained through community regulations (see Iida, 1998). 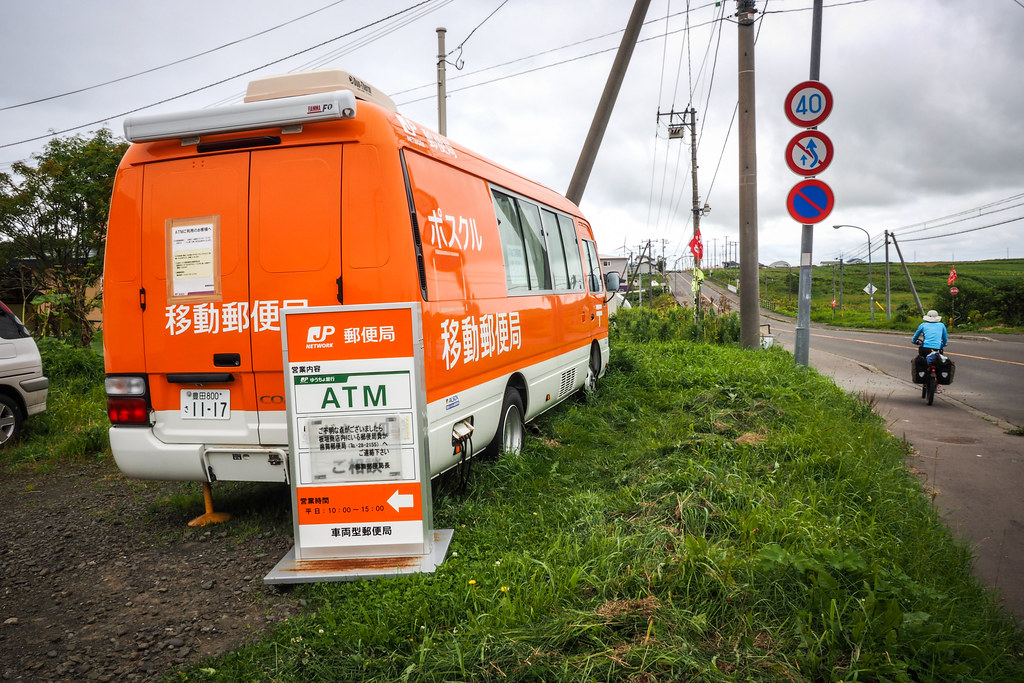 We made it back to Nemuro by late morning, so bought some picnic food and headed to Meiji Park, just outside of the city center. The park was marked on our tourist map as having ‘large red-brick silos’. It also had a great big lawn area, overlooked by said silos. 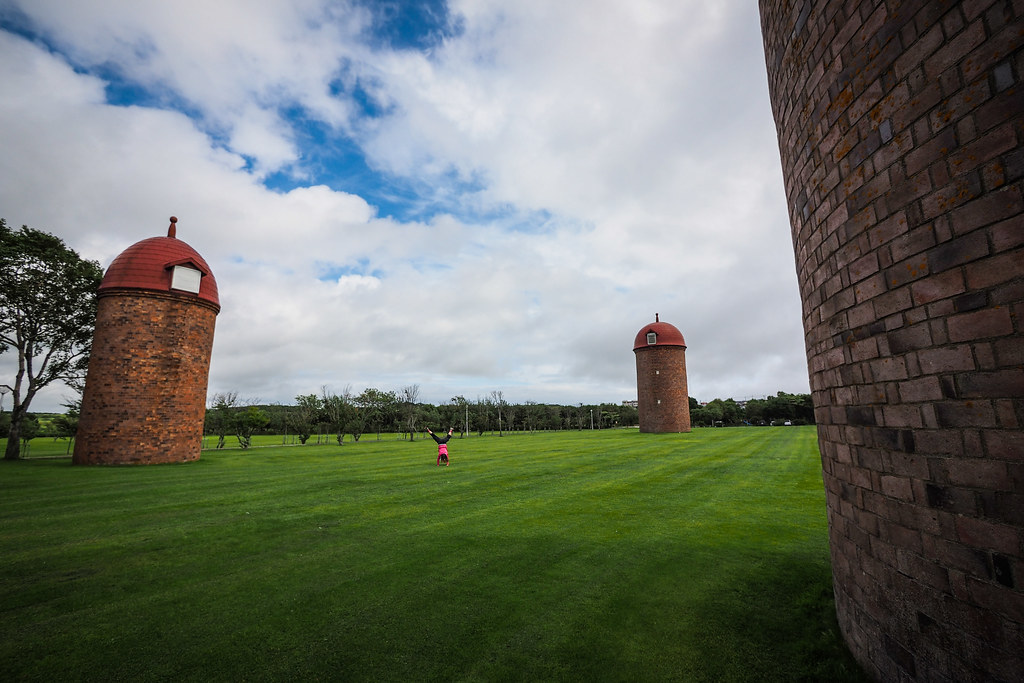 Red bricks were perfect for the annual mugshots. 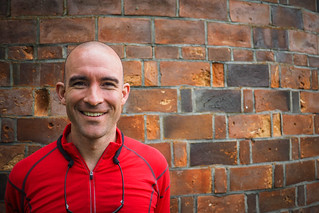 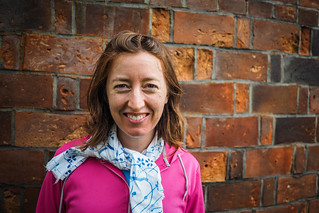 From our picnic lunch stop, swung past the hotel, dropped the luggage, and cycled on for a round trip to Shunkunitai Wetlands, about 15km west of Nemuro. We were hoping to see the famous Hokkaido red crested crane (the tancho), but predictably we just saw the ubiquitous Hokkaido deer. 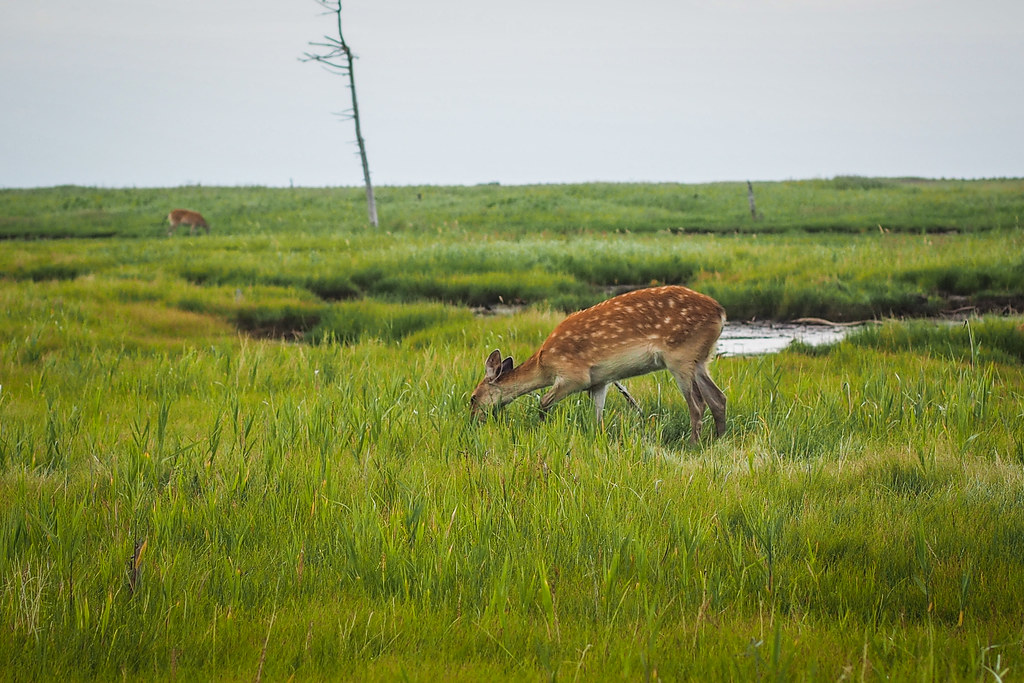 The quiet marsh allowed introspection, however… 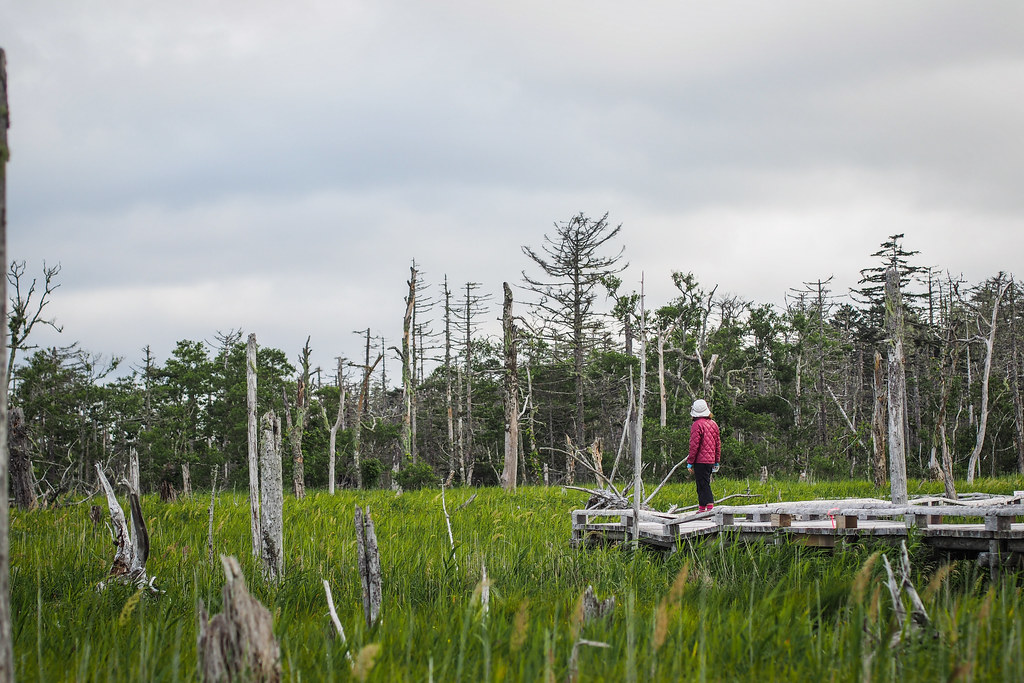 And the ferns reminded me of home in New Zealand. 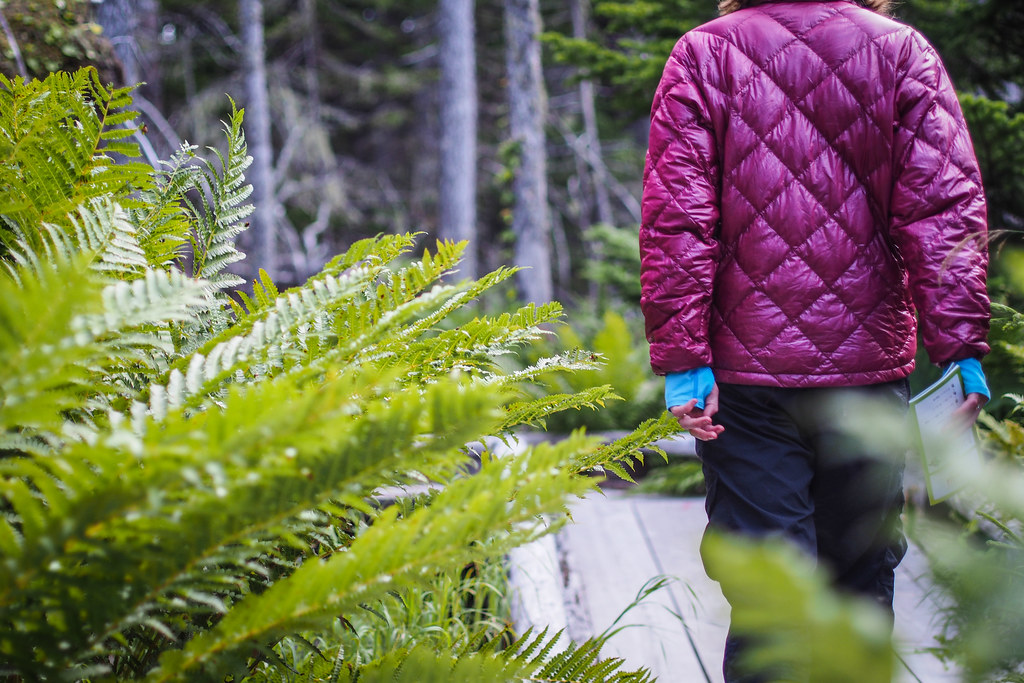 On our way home it was getting late, and we were getting hungry. A 700yen okonomiyaki each hit the spot. 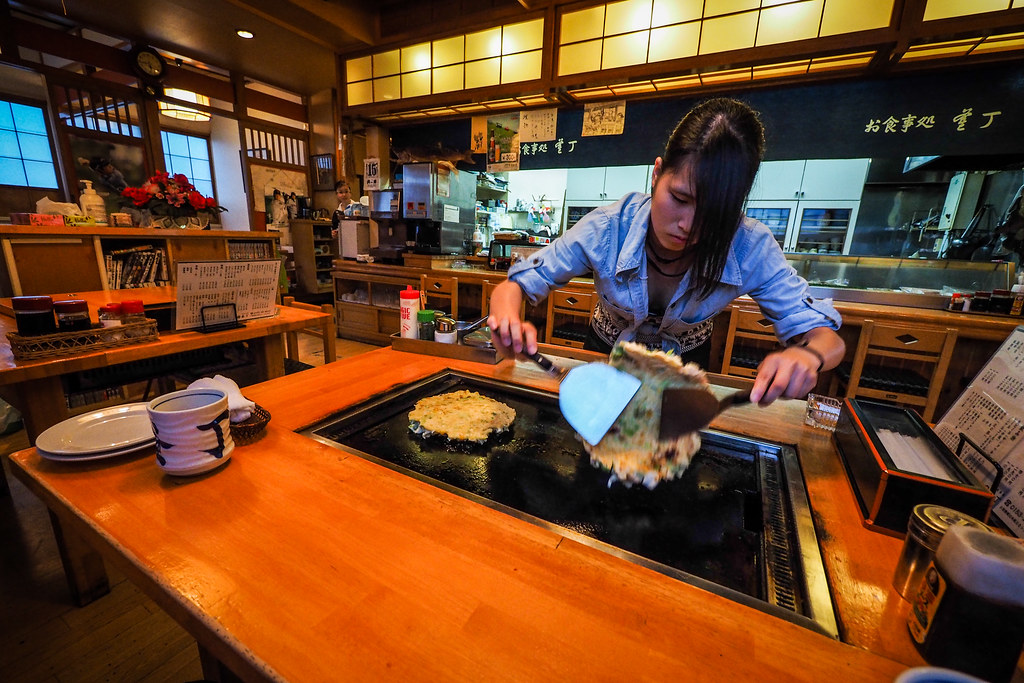 Back at the hotel, did some clothes washing at their coin laundry, and were set up in time for Haidee’s Skype meeting. 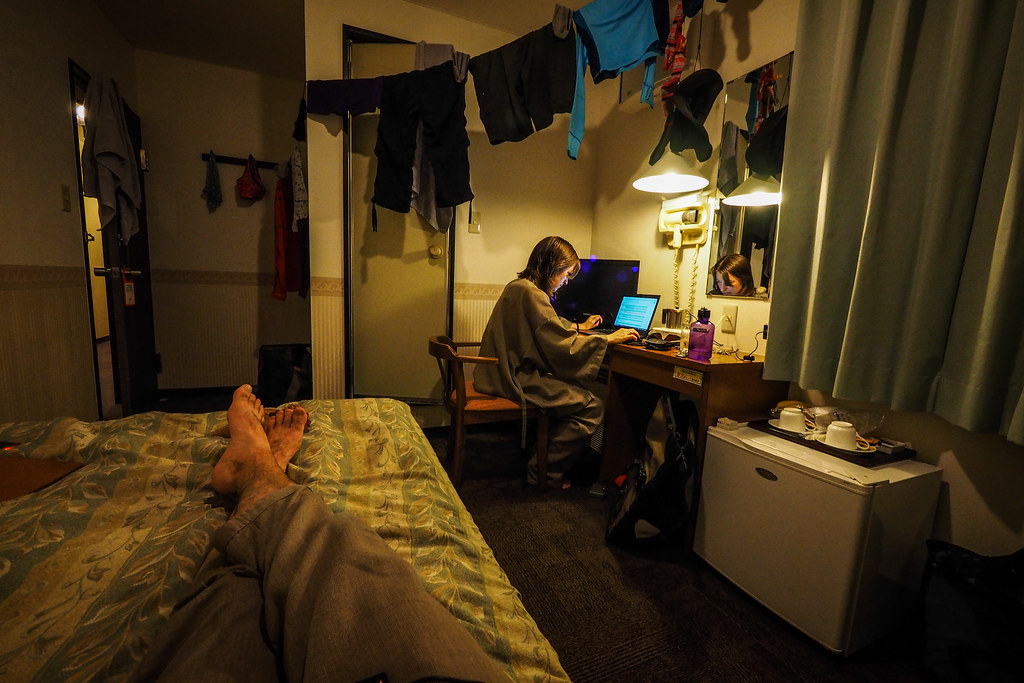 2 thoughts on “Cycling Across Hokkaido, Japan (Day 2): From Cape Nosappu to Nemuro”