Cycling Across Hokkaido, Japan (Day 9): From Akan to Honbetsu

We had two route options today in order to get to Honbetsu Town.

We chose the latter of the two options, and spent 20km on gorgeous misty gravel roads through quiet Hokkaido forest. 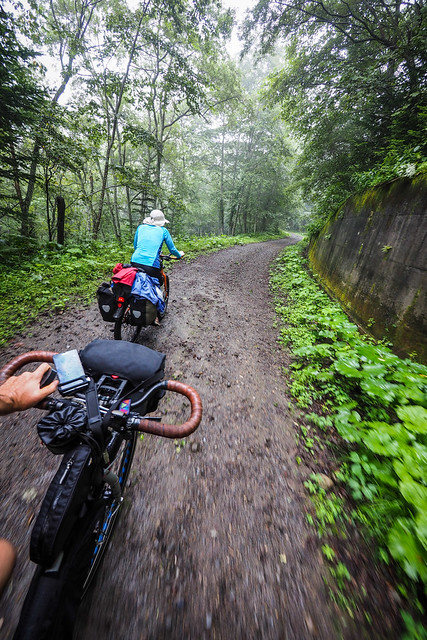 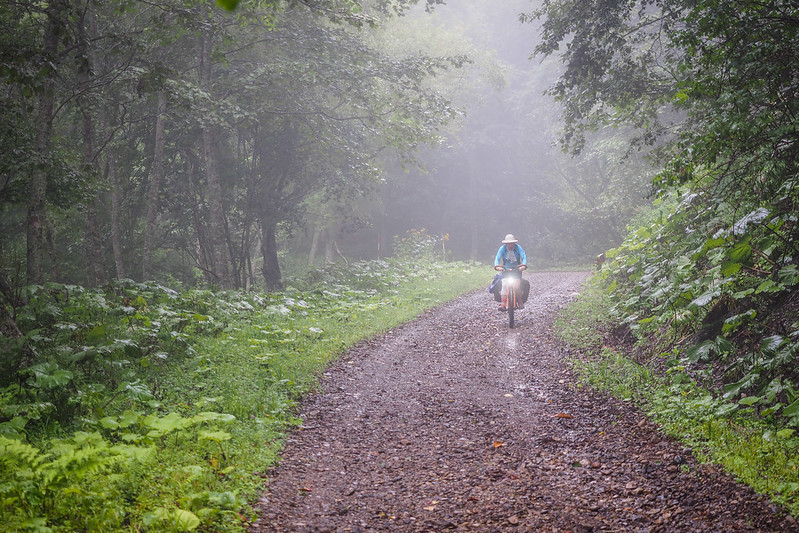 The climbs are fairly steep at times on this route, but nothing too out of the ordinary for a forestry road. The gravel is chunky, so we were happy to be on our 2.35 Schwalbe Big Apple tires (drop the pressure, and they’re like magic carpets). 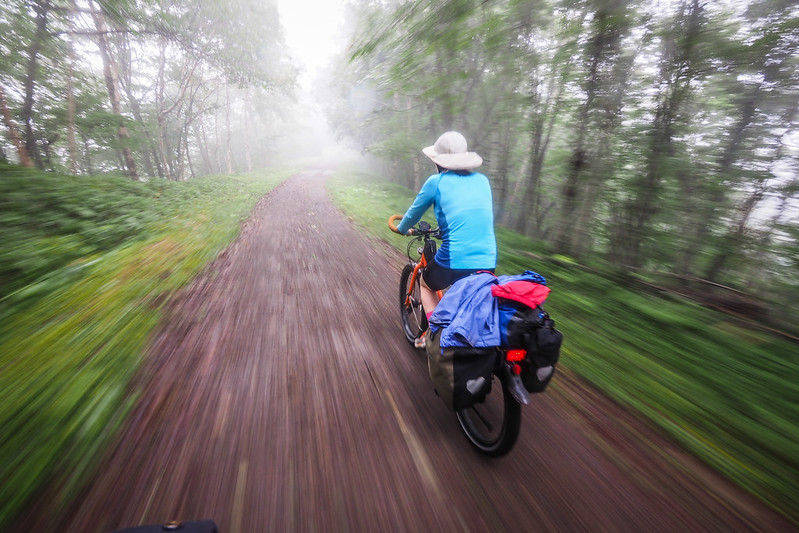 Conveniently, at the route 392 end of the route, there is an old school, still operated by the community as a community center (the Shizen-no-ie). An outside washing area made short work of muddy bikes and legs. 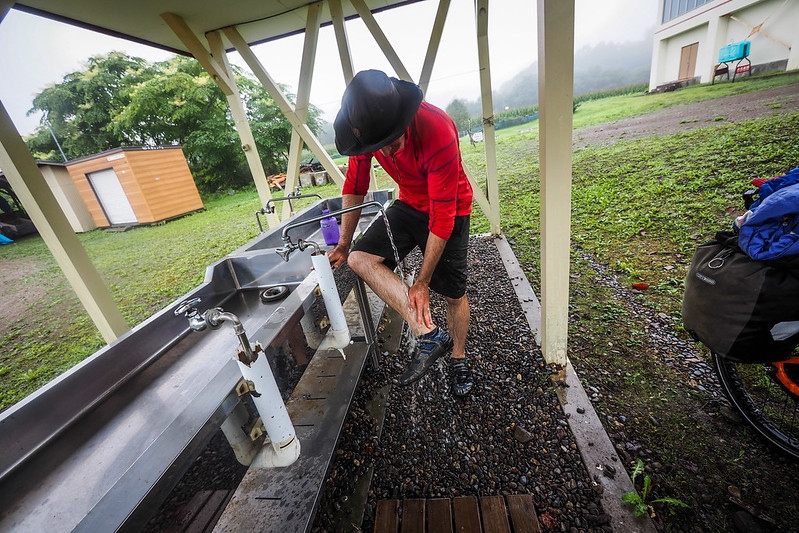 By the time lunchtime rolled around, the skies had cleared and it was a scorcher. Our tent and panniers had been damp-ish for a few days, so we took the chance to lay it all out to dry while we had lunch in a covered bus stop. 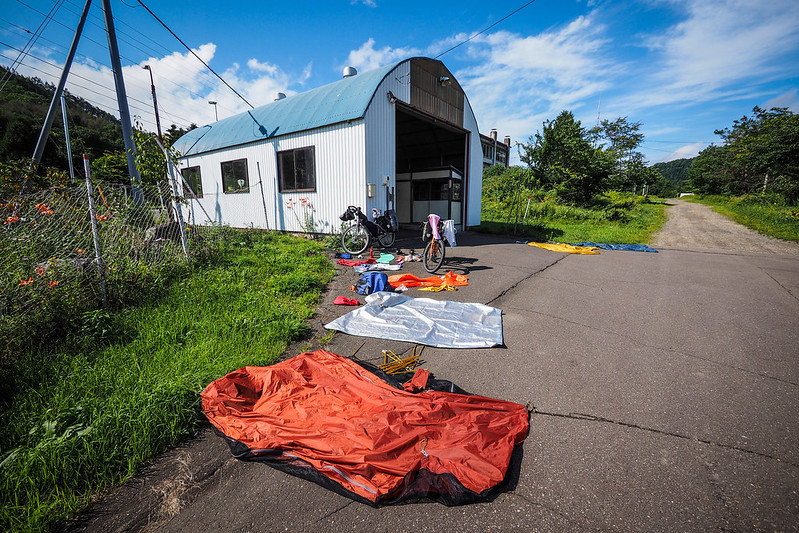 In this sense, rainy spells on a bike tour are sort of like uphills. They can be tough going, but the reward of fresh dry gear at the end of them is worth the grind.

Our route for the rest of the day was more or less void of stores and people in general. Our road maps warns motorists that it is a 60km stretch of road with no facilities. The first sign of supplies came in the form of a very well stocked honesty-box style vegetable stall. We bought 200g of plum tomatoes (for 100 yen – US$1 equivalent) and ate the lot on the spot. 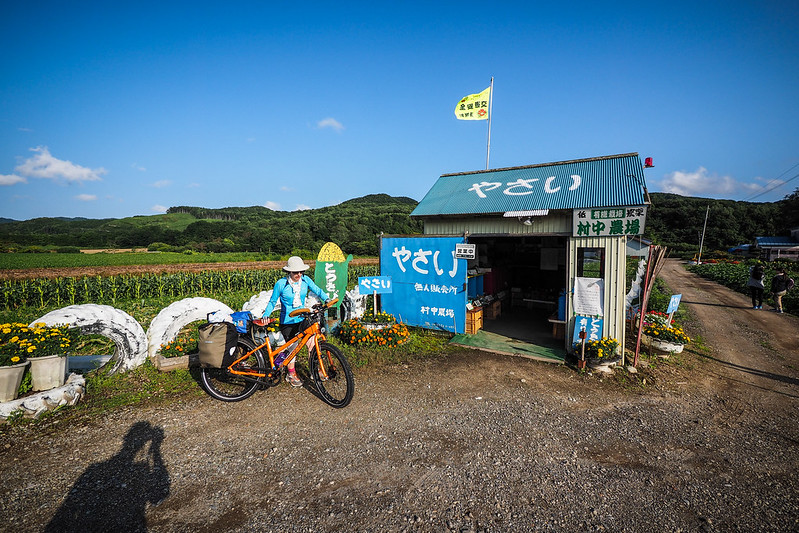 We were soon freewheeling it into the small, seemingly very prosperous town of Honbetsu. Our priorities were to buy supplies at a supermarket, visit the local hotspring spa, and set up camp at the Honbetsu campground. 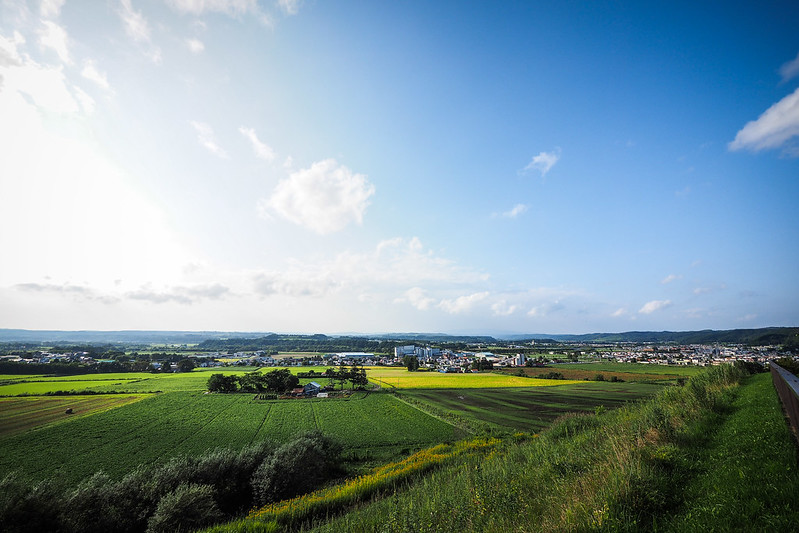 Once we had rolled into town, we learned that the official Honbetsu natural hotsprings were a 5km bike ride away, in the opposite direction of the campground. We were hot and tired, so we opted instead for the more local sento (bath house). We had the place to ourselves, and it did the trick.

4 thoughts on “Cycling Across Hokkaido, Japan (Day 9): From Akan to Honbetsu”