Our last day of cycling on this end-of-summer cycle tour around southern Hokkaido would end up being the only day where we had rain. And the day was topped off with a shared campfire on a lakefront with another cycle touring couple.

In the morning, we noticed the signs. Signs warning all those who enter to take care to avoid encounters with bears. We’d been wary of the bear danger all night, and now the signs were just rubbing it all in. 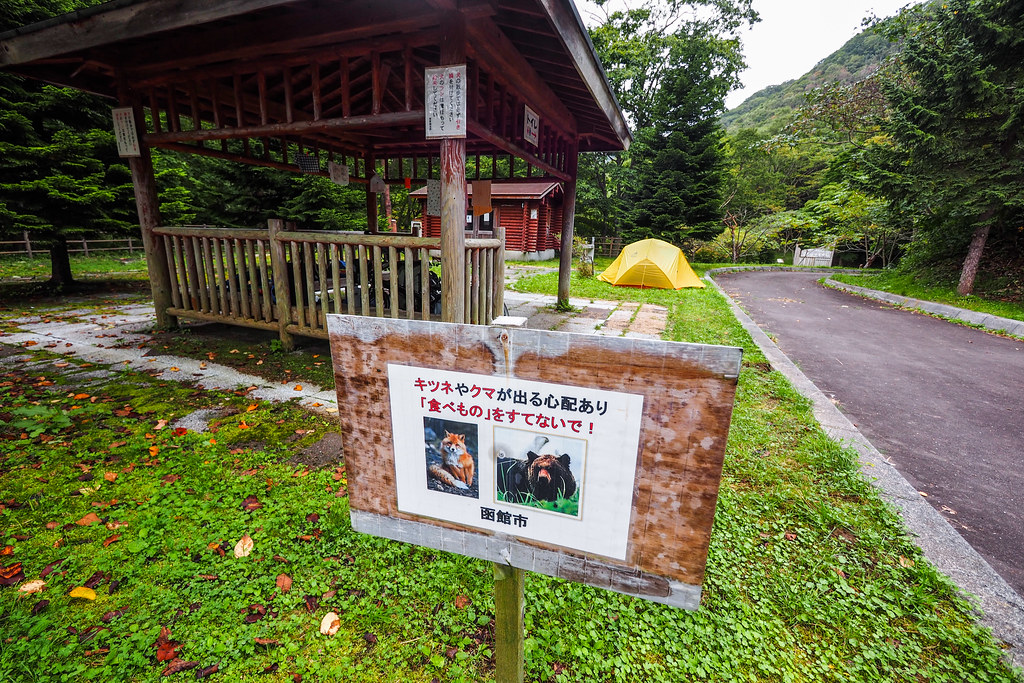 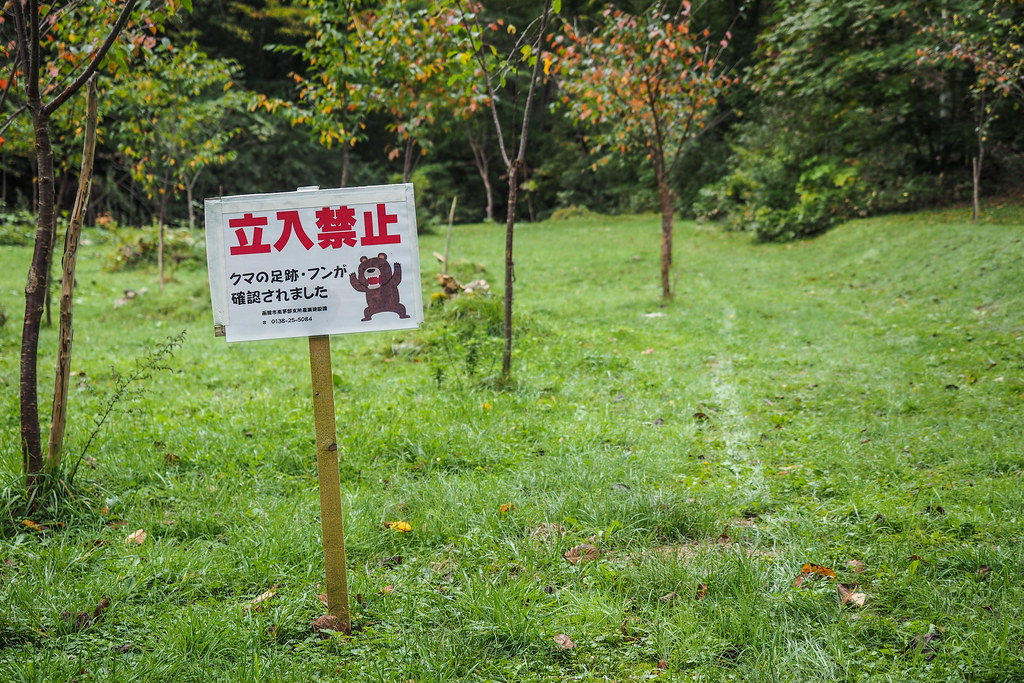 Not long after getting on the road, we stopped in at the Jomon Culture Information Center just outside of Kakkumi. This beautifully made museum houses all manner of archeological artifacts from as far back as 3000BC in the area. Jomon refers to the prehistoric Japanese era on the Japanese archipelago before being ‘supplanted’ by the Yayoi culture in around 300BC onwards. 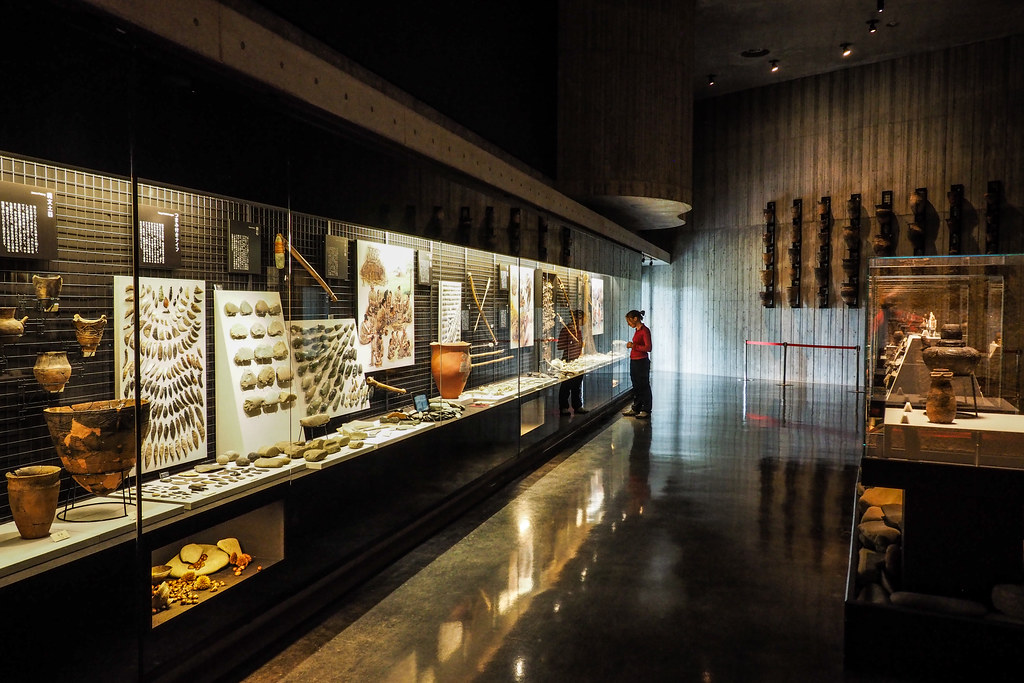 The museum also houses the only national treasure located in Hokkaido – the hollow clay figure from around 3,500 years ago. 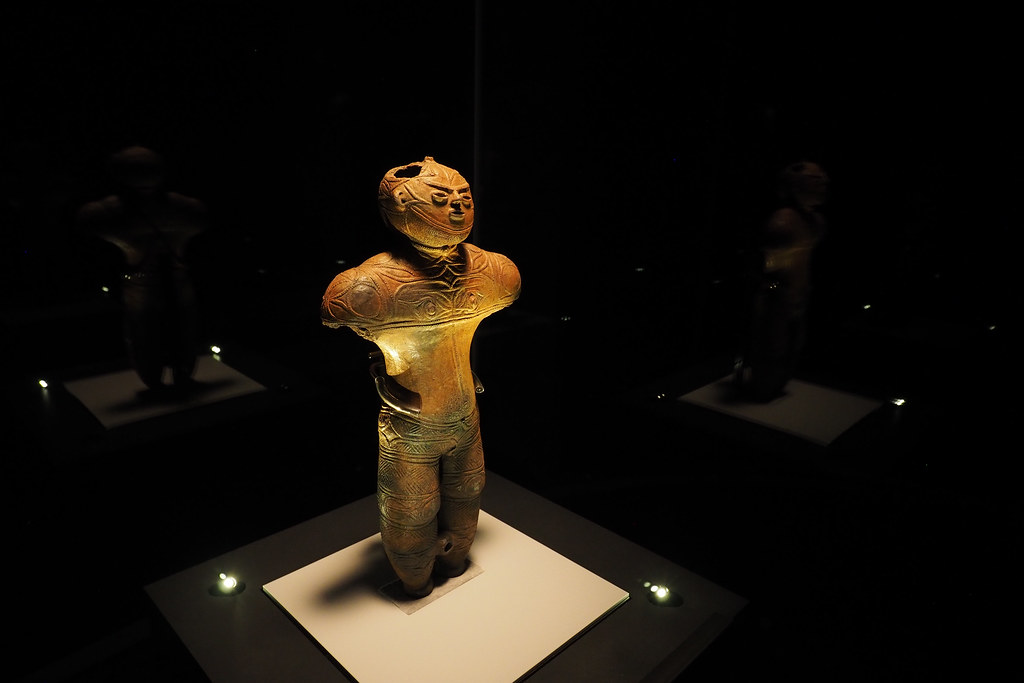 Continuing the theme of sightseeing, we dropped in to the Shikabe michi-no-eki (roadstop) to take a look at the local attraction – a 15m high geyser which erupts every 15 minutes or so. While waiting for it to do its thing, we cooked our lunch using the geothermal steam cookers in the parking lot. 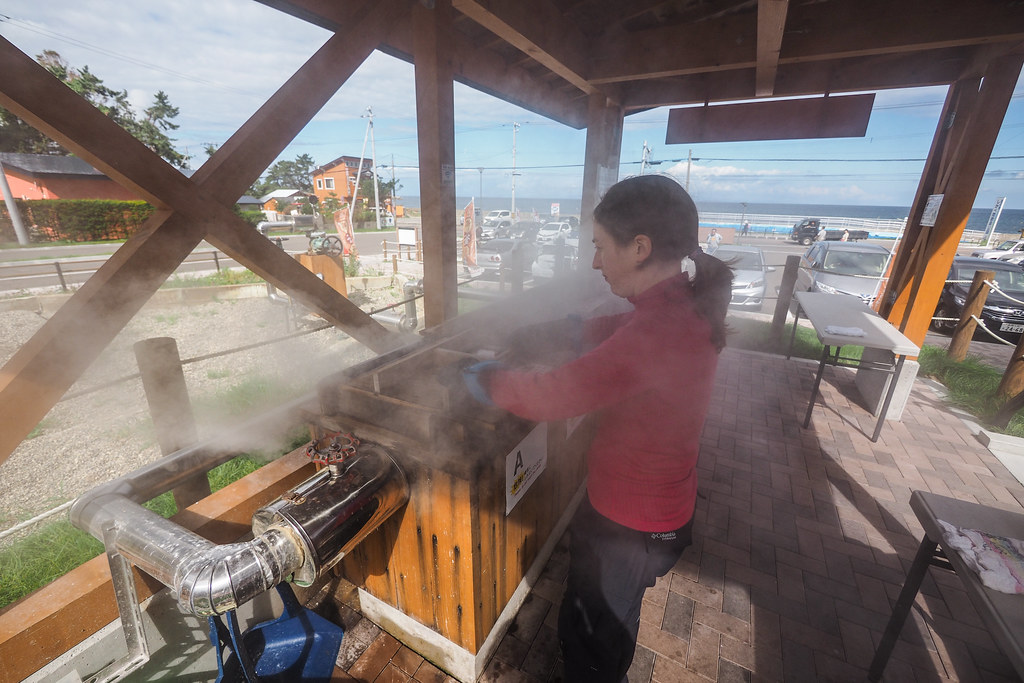 Post lunch, continued our wait for the geyser to do its thing from the comfort of a foot-onsen. Hats off to the Shikabe michi-no-eki for making a thoroughly enjoyable tourist attraction! 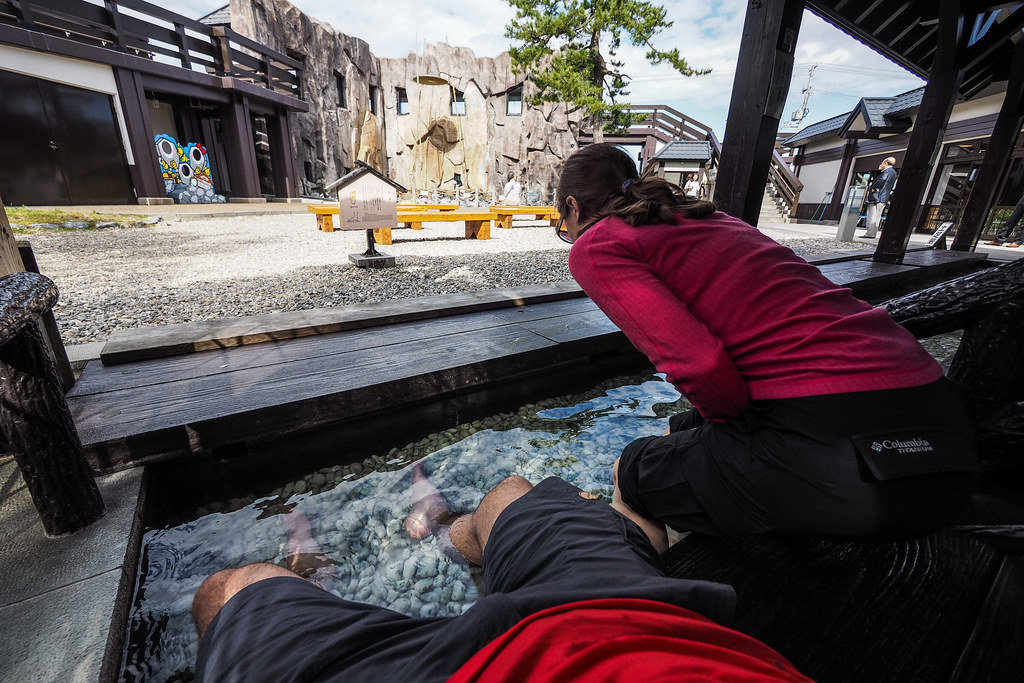 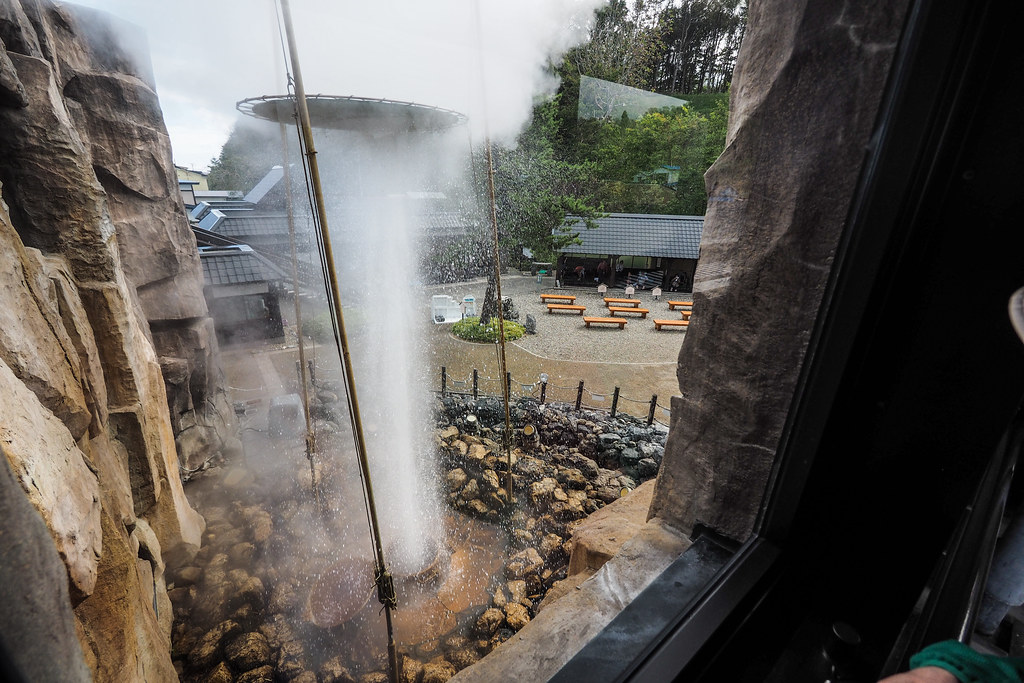 From lunch it was another hour or so to our campsite for the night, the free Onuma Park Campground, on the eastern end of Onuma Lake. We had stayed here once before in Golden Week in 2015, and we were happy to be back. It is a beautiful spot, teeming with birds.

Before we arrived at the lake, however, we dropped in at the Higashi-Onuma Onsen. This rather dilapidated onsen was a welcome respite to the on-and-off rain we’d been dealing with for most of the afternoon. 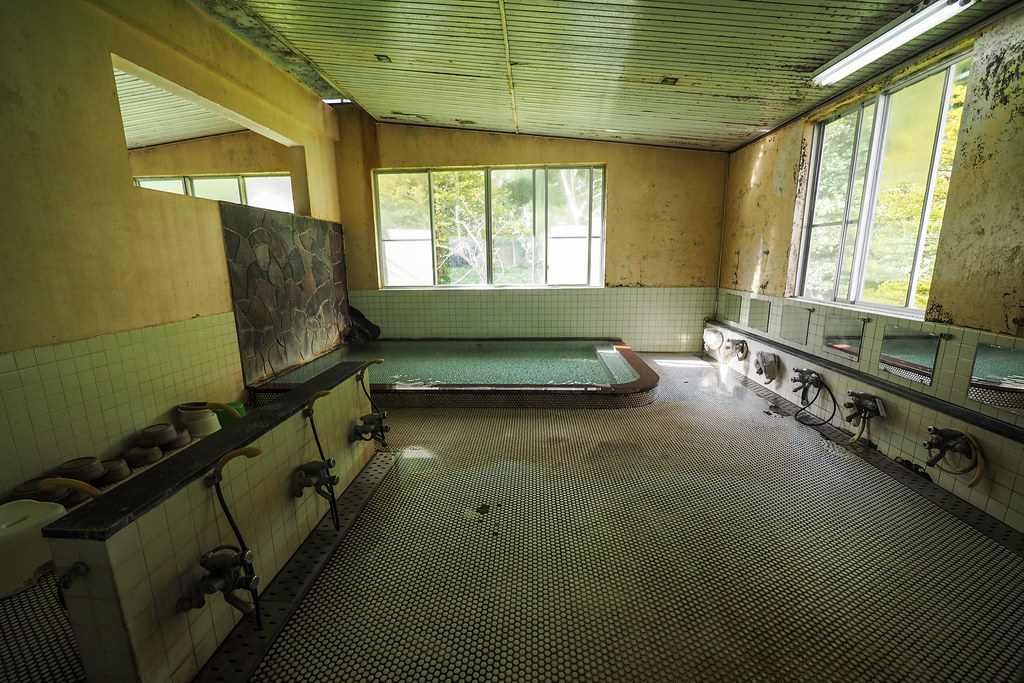 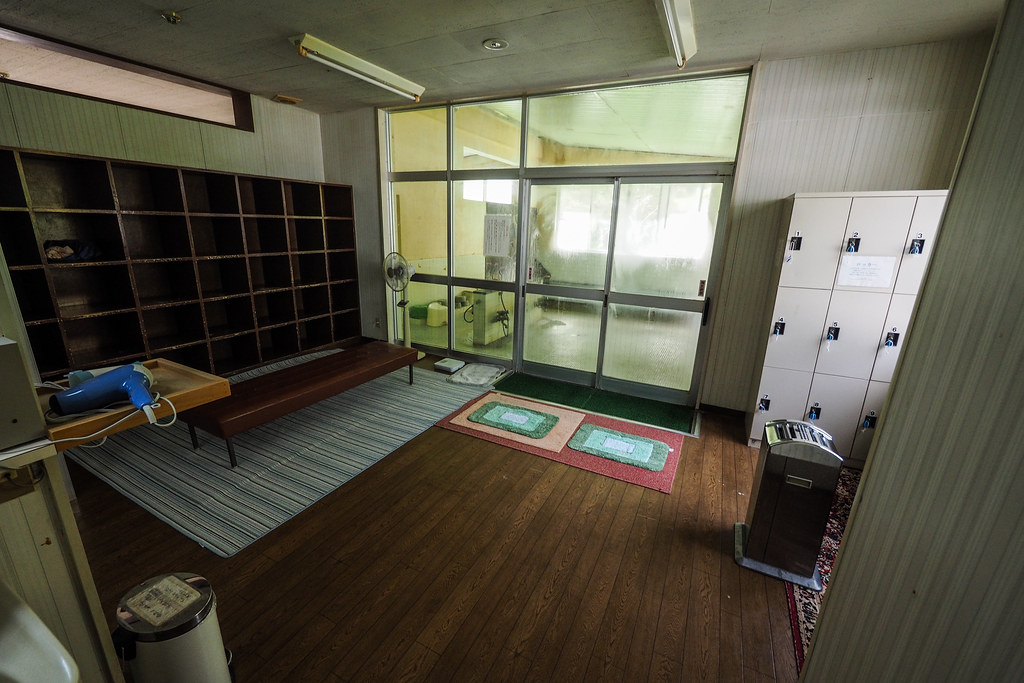 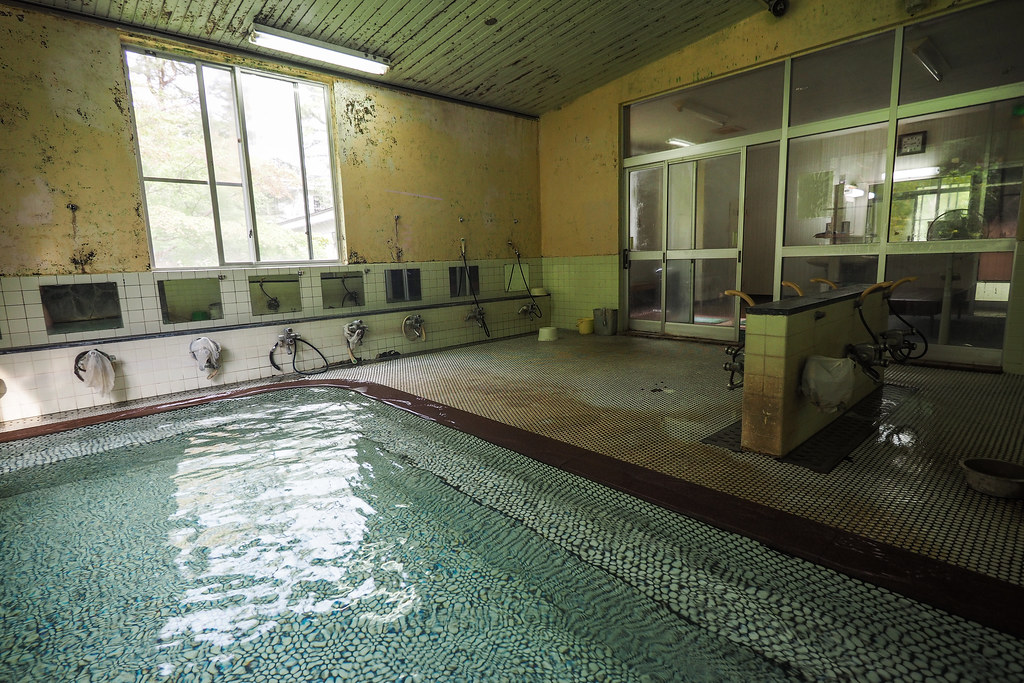 We got to the campsite at around 4pm, and hurriedly set up camp and got dinner on the go. 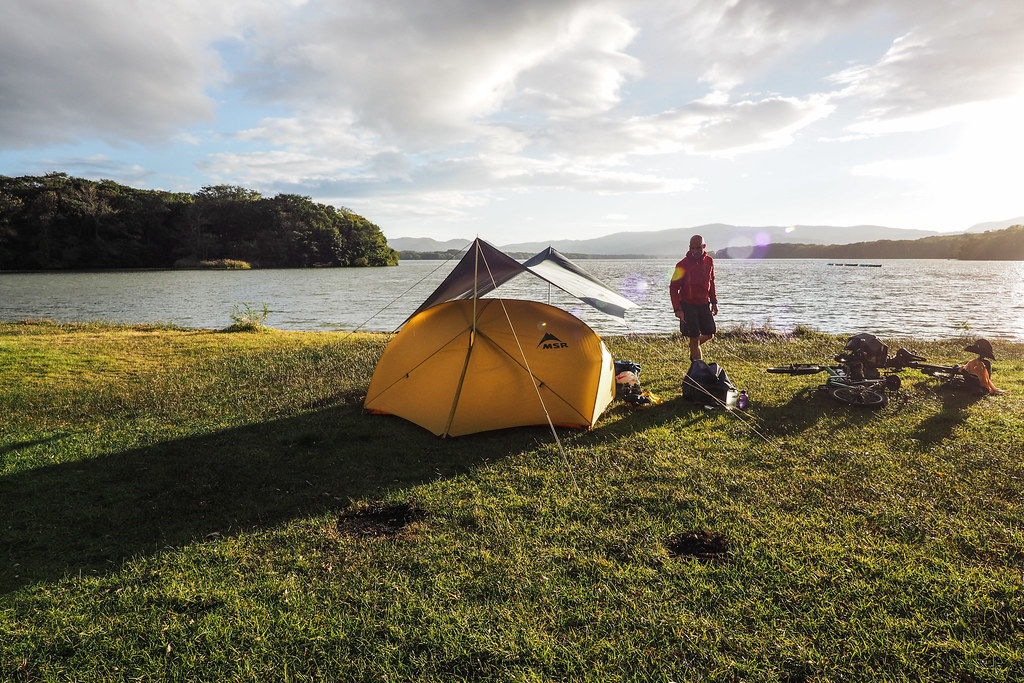 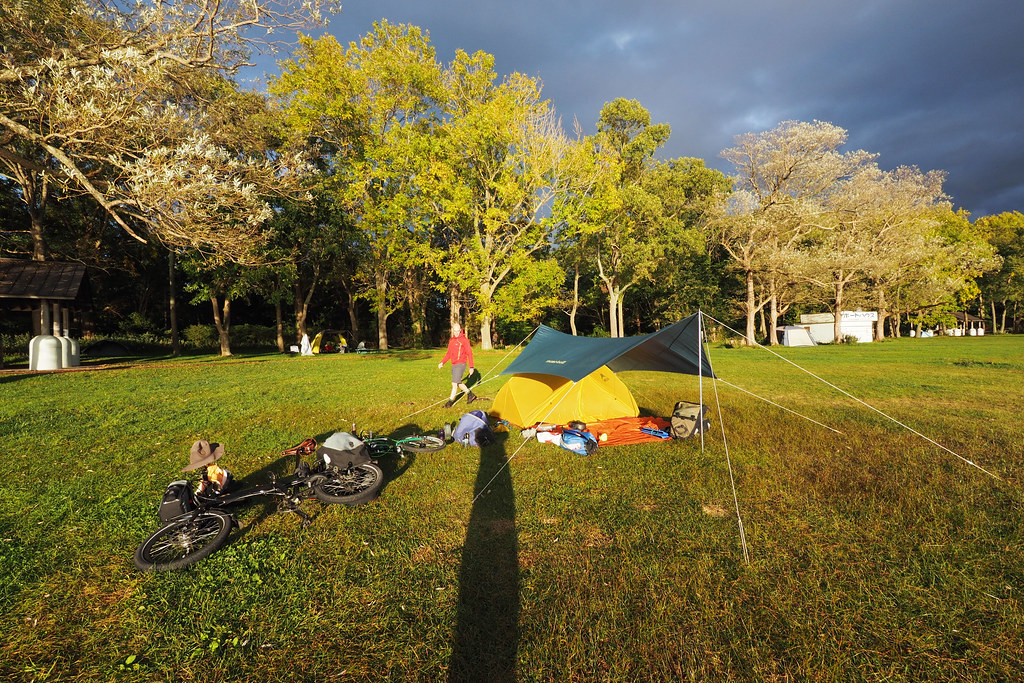 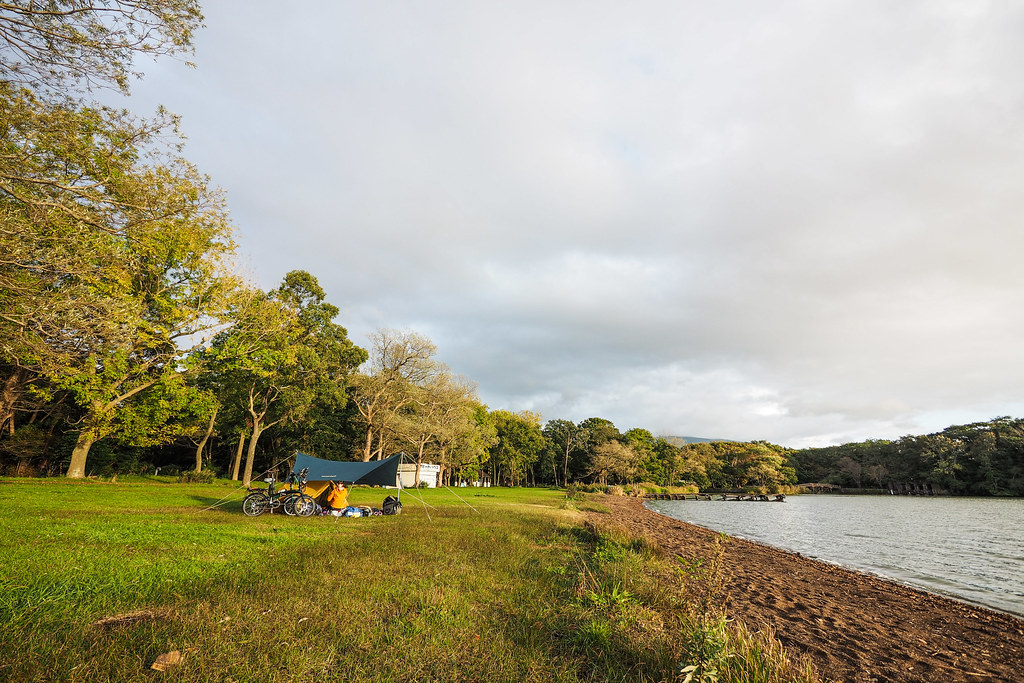 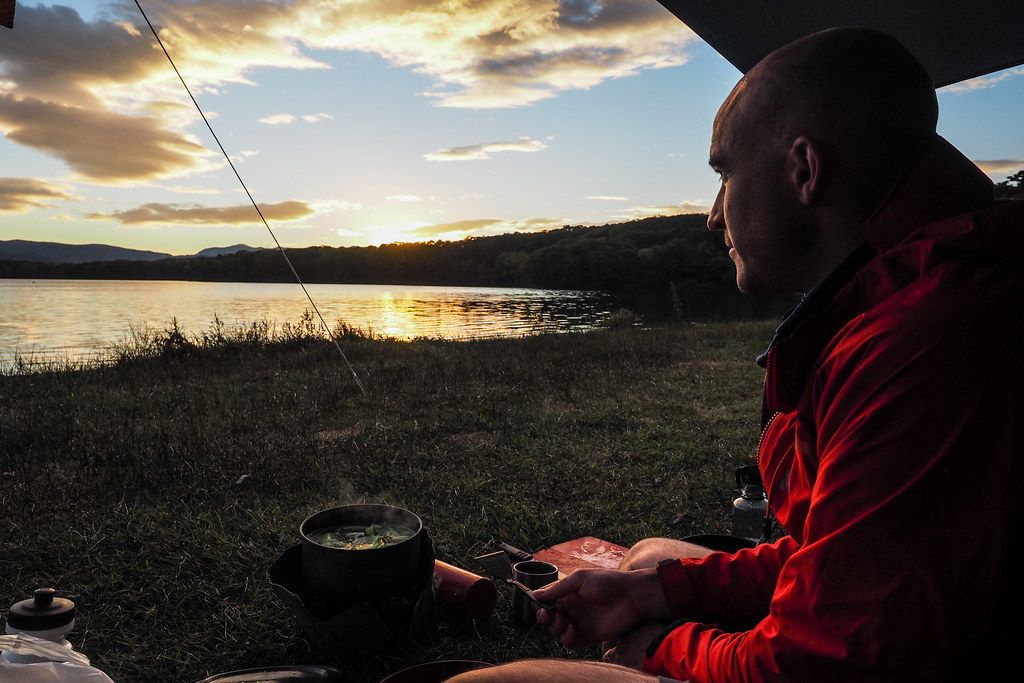 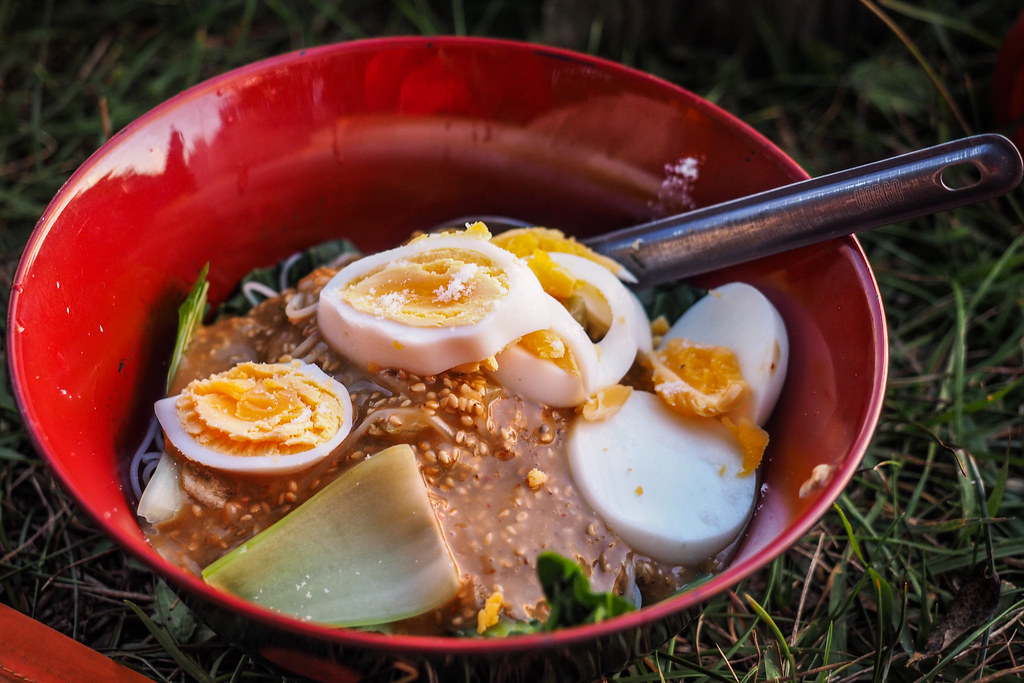 After dinner, we invited another cycle touring couple over for a campfire. Steven and Gen are Canadians cycling the length of Japan.