On the third day of our four-day cycle tour, we would face gravel forestry roads, deer carcasses,  missed turns, and the arrival of a third member to the tour. 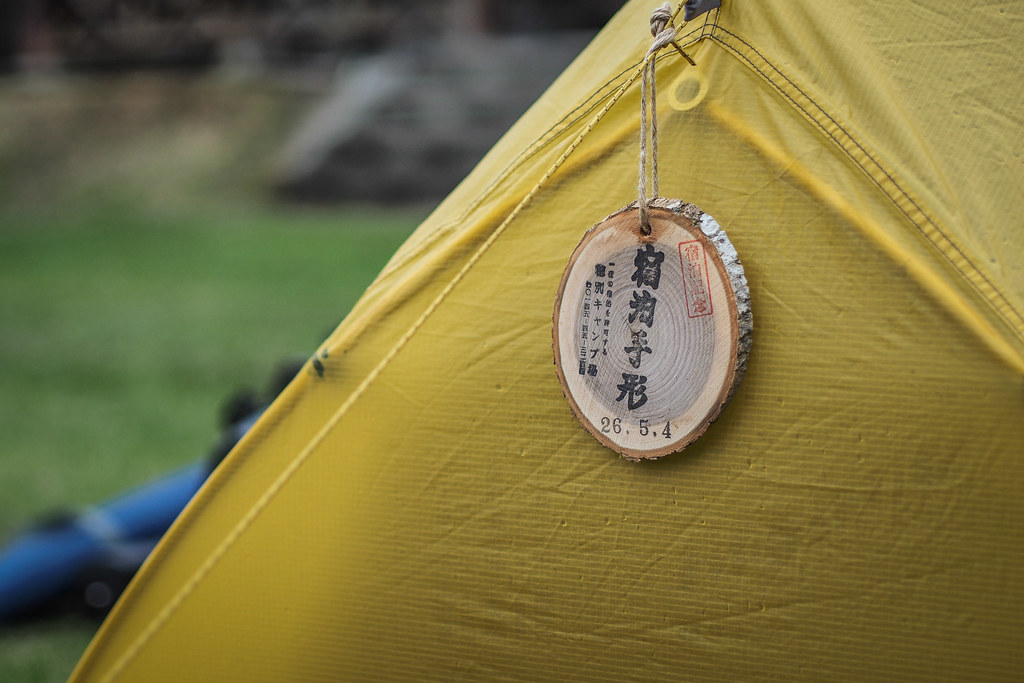 Apparently the overnight temperature dropped to -1 degrees Celsius last night. Goes to show that even early May in Hokkaido still gets chilly. Getting us up and going was our trusty Bialetti coffee maker. Paired with an MSR Whisperlite Internationalle it makes for a heavy combination (not for the weight weenies), but it does make some great coffee quick. 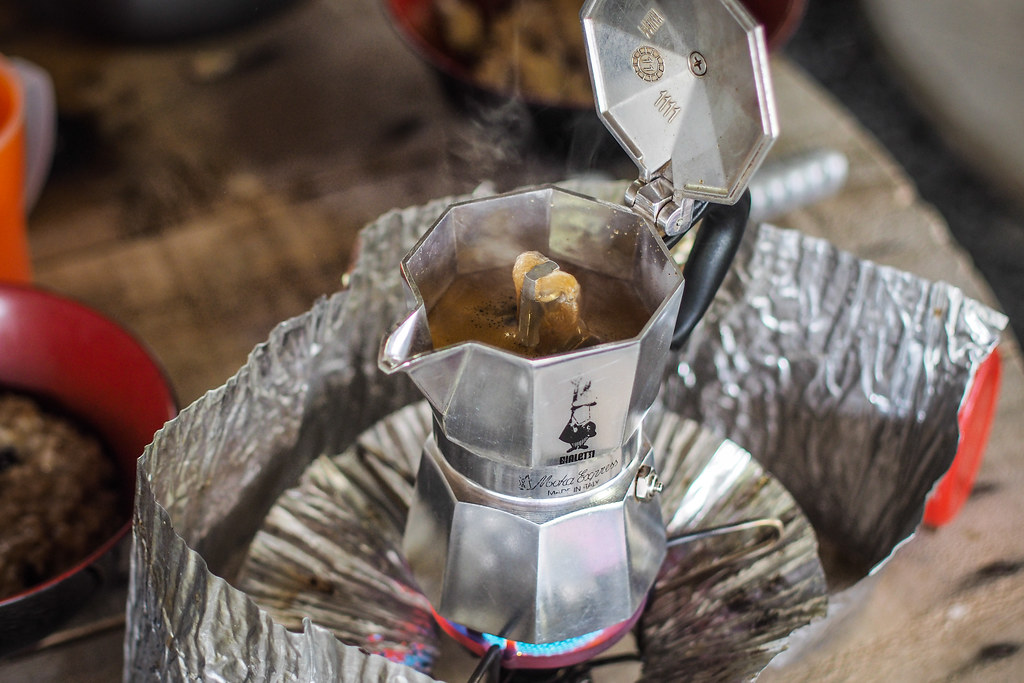 Soon after breakfast I floated the idea of taking a shorter route to our destination directly across the hills via dirt forestry roads. Doing so would essentially mean we would avoid a dog-leg route via the main road, which (sensibly) avoids the hill terrain. We would also get to check out a nice-looking lake along the way. Haidee agreed that we should give it a go. If only it had worked out to plan…

He first said the road was closed, so it was impossible to do. I pushed him a little further to define ‘closed’ and ‘impossible’. He said there were a couple of bridges missing (requiring river crossings) and a few areas where landslides have narrowed the road. I asked him to expound on what he meant by ‘river’ and ‘narrow’. He conceded in the end that it would be entirely doable on bicycles: river crossings would be more like ‘creek’ crossings, and ‘narrow’ would not be too narrow for a bicycle. He did warn me that there were multiple branches off the road (not marked on the paper map I had on hand or Google maps), and the main road was difficult to distinguish in places. Nor was there cellphone coverage in the area (removing the possibility for on-the-fly map searches).

So, I spent about 30 minutes downloading apps for my phone which would allow me to save maps to my Android phone’s memory. Particularly interesting was the Russian military map of the area. It wasn’t super detailed, but had the main road marked, and would allow me to check my position via GPS. Also helpful was an app just called ‘Offline Maps’ (v 1.0.0.19). This was surprisingly detailed, and showed a plethora of very minor roads. With these we were ready. 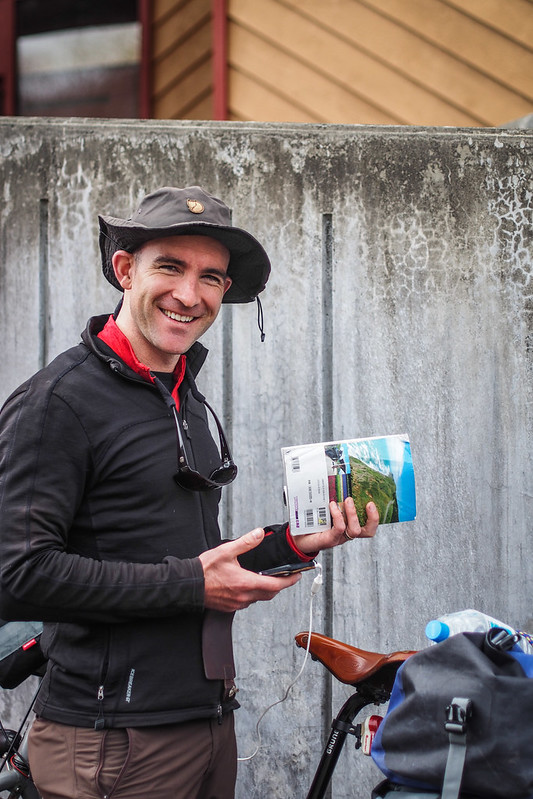 The route begins just behind Hobetsu Campground. For around 1km it is a very nice gentle climb along side road-level creeks and quiet forest. Haidee was happy. 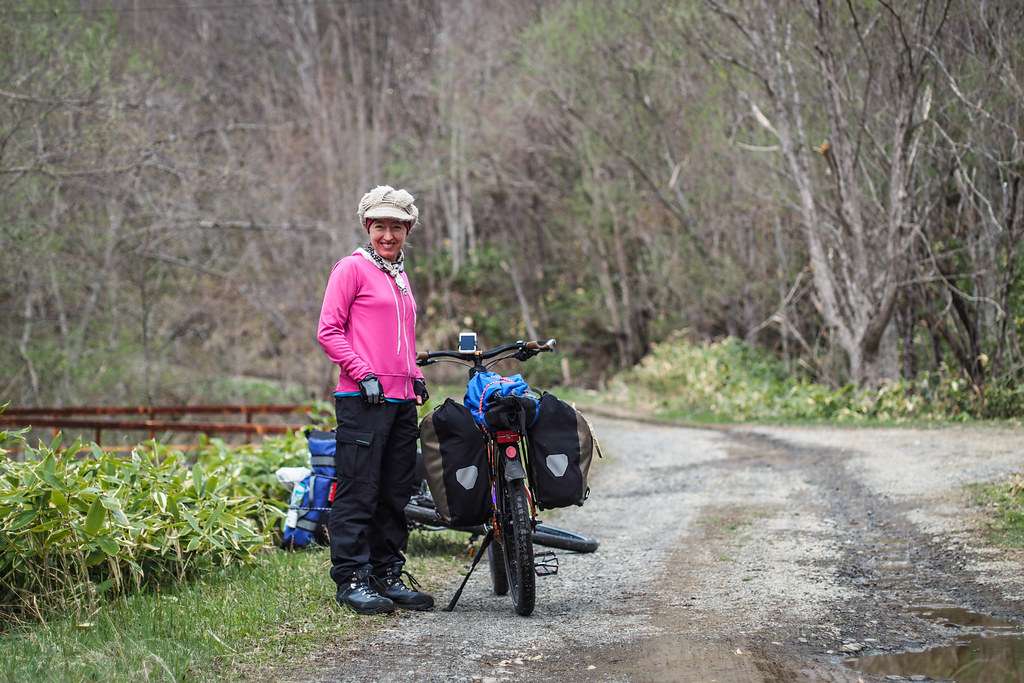 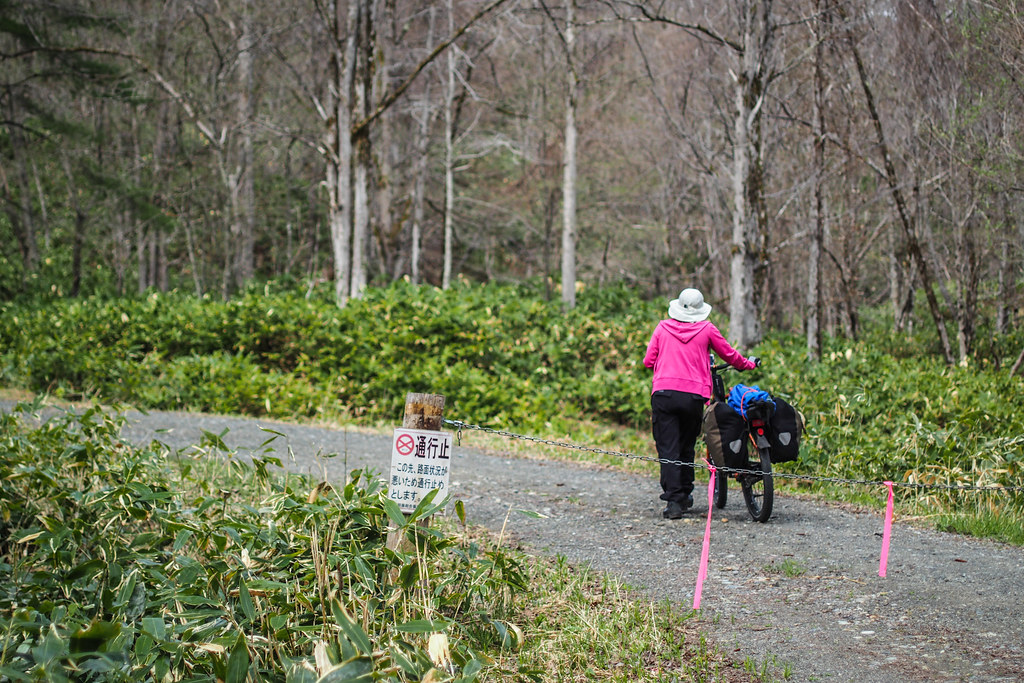 After around 1km, there are chains across the road which indicate the road to be closed. It is just after this point that the gradient gets seriously steep. Haidee’s cycle computer has a gradient feature, and she mentioned it was indicating 10% before it got really steep and she had to stop and push the bike (a while after the photo above).

These steep parts do not last too long however, and the road soon passes through actively maintained forest. 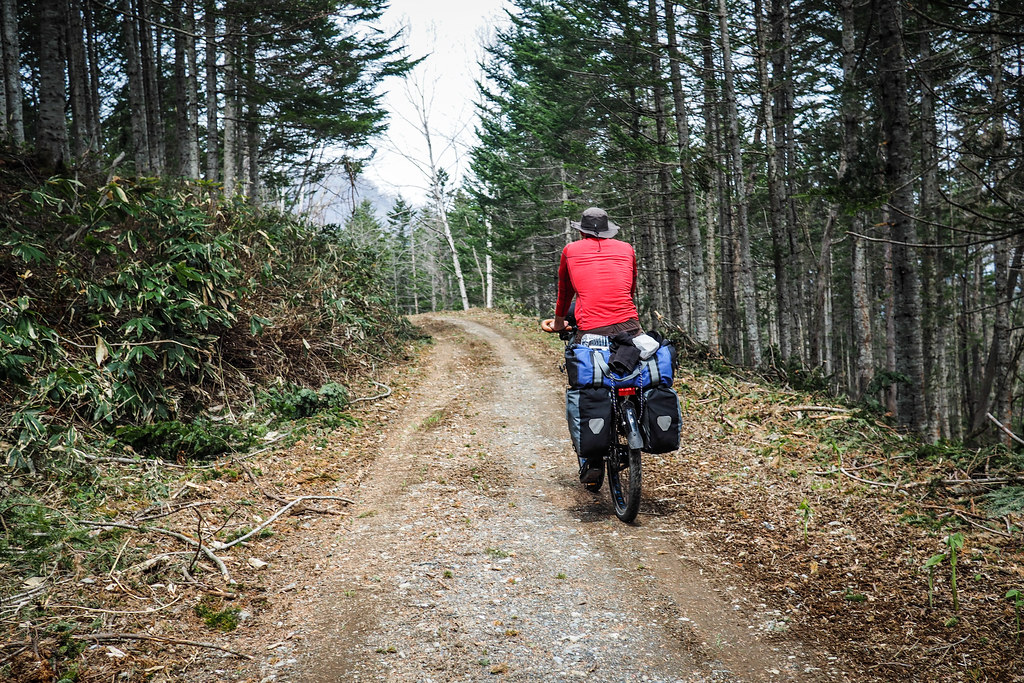 At this stage I was stopping at each branch in the road to make sure we were still on the right track. Each time, however, it seemed completely clear which way to go. Clear gravel road one way, scrubby track the other. 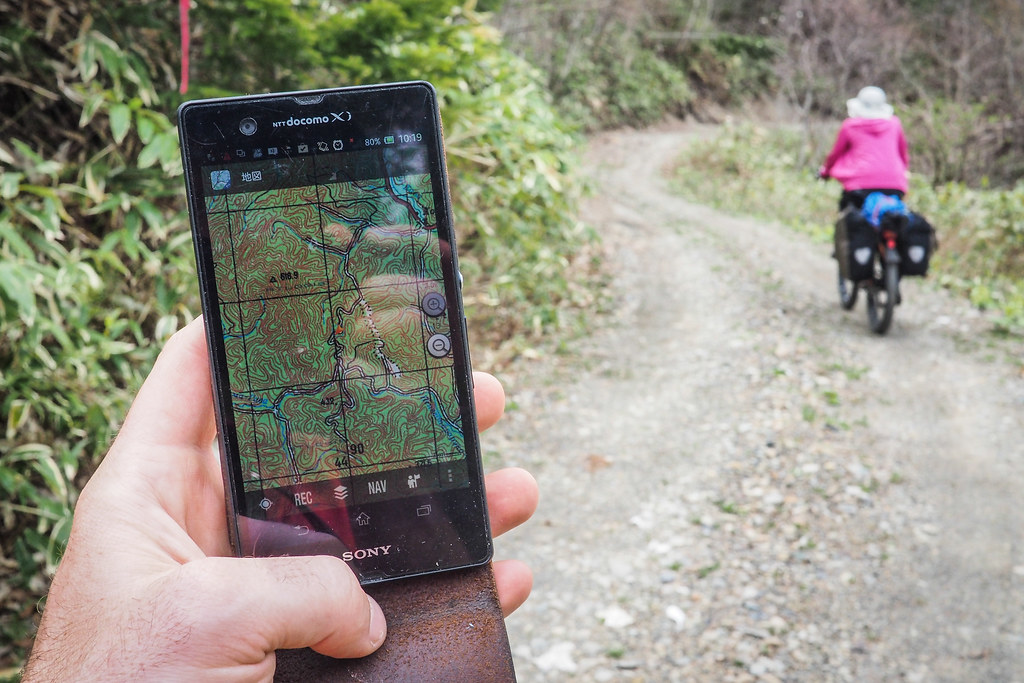 Near a small pass, we saw our first bit of roadkill of the trip. Bits of deer carcass on the road. A skull here, bits of limbs a few meters away. Or was it roadkill? Was it in fact a deer recently mauled by a bear? Hokkaido forests are known for their very large Hokkaido brown bears – also known as ‘black grizzly’ bears. Do not be mistaken. These are not black bears. They are serious pieces of work, average size being 200kg (440lbs), the largest recorded being 520kg (1150lbs). At least a few people each year are killed by them. 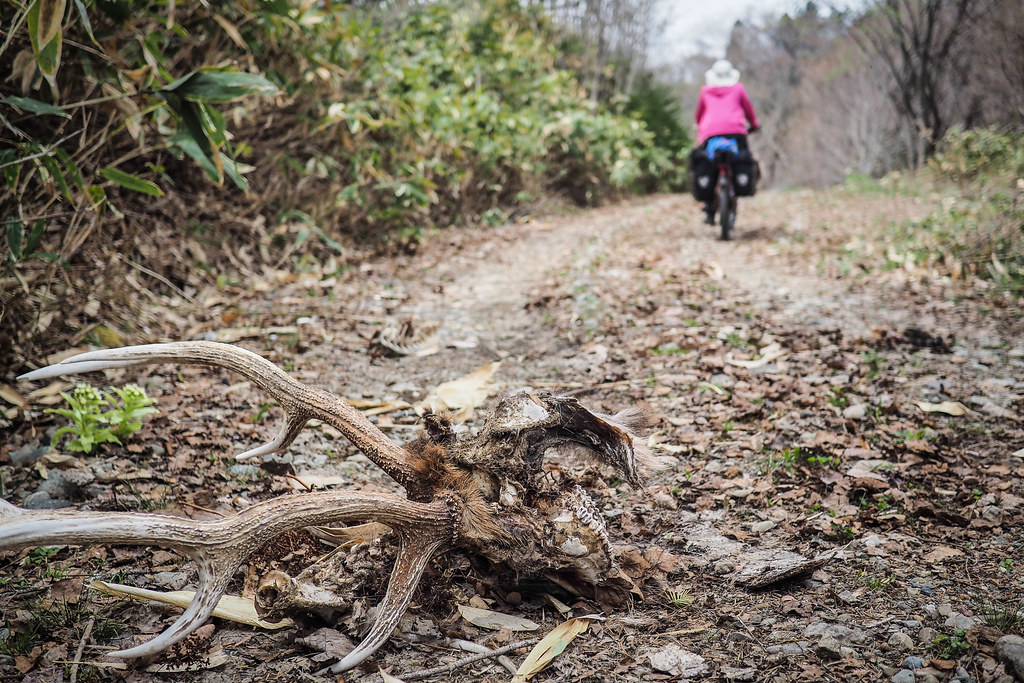 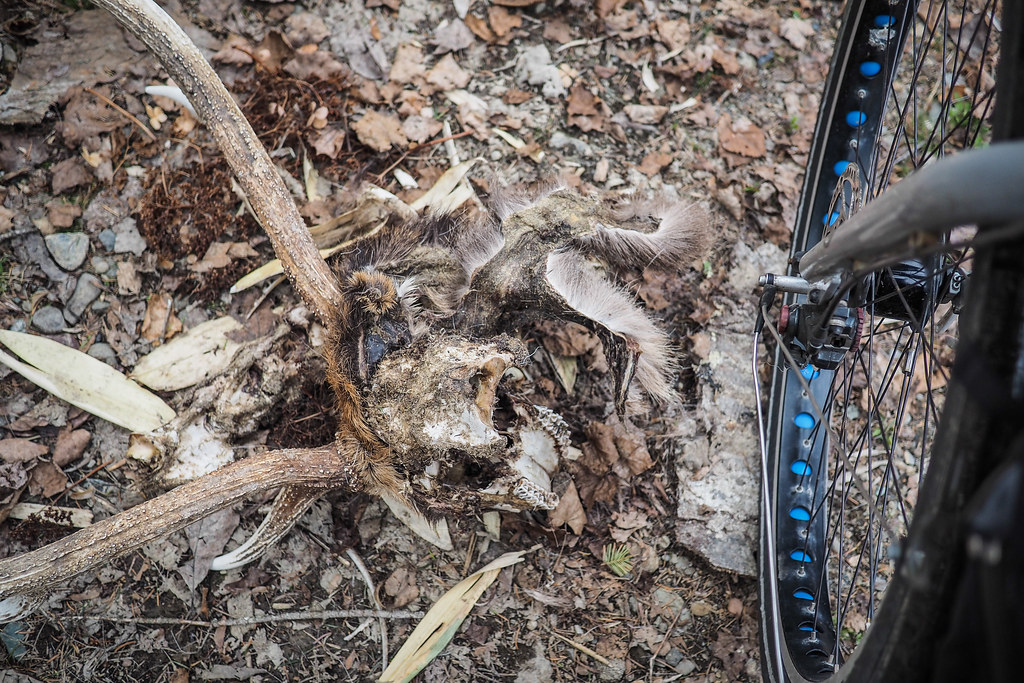 The campground manager had not mentioned bears in the area, nor had there been any bear warning signs on the road (as there often are in many other places in Hokkaido). The net effect of seeing the (long dead) carcass on the road, however, was that Haidee was ready to extract our presence from the quiet woods. 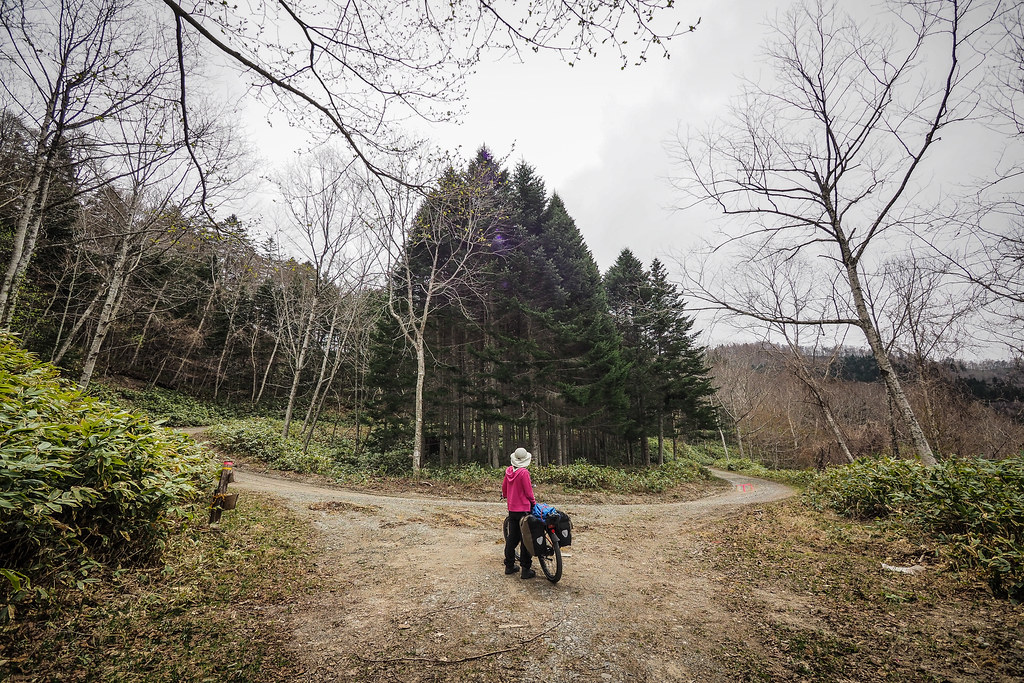 a general mood of haste in the team… 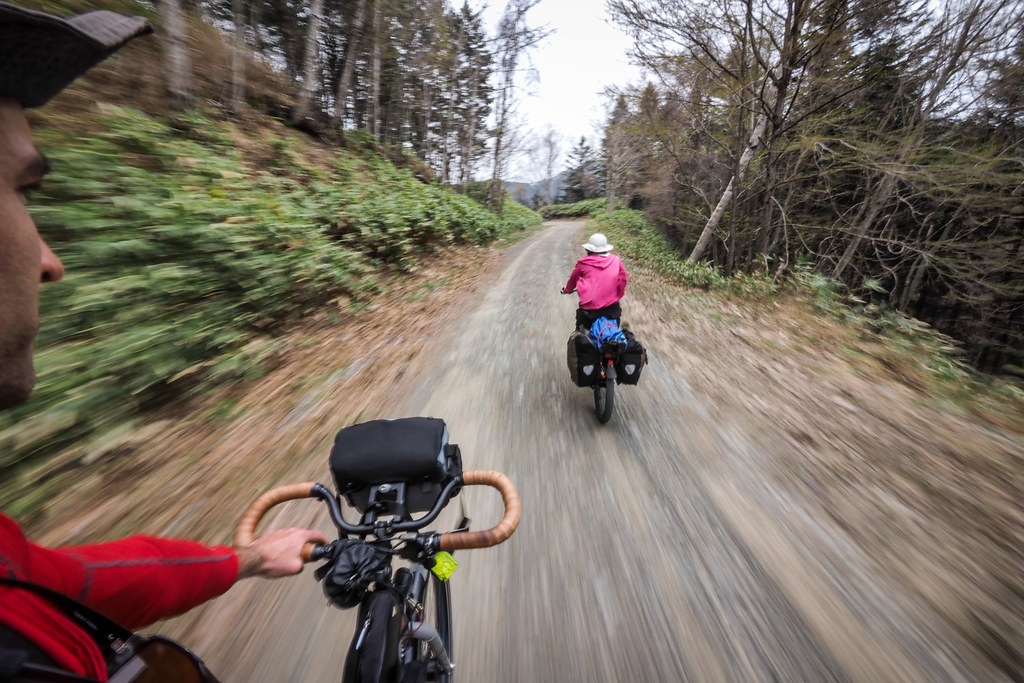 may have led to our ultimate demise. On one particular branch in the road, we just followed the most ‘main’ looking branch (I suspect it was this one). After descending for what felt like half an hour or so, however, I got a sinking feeling. Why haven’t we seen the lake on our left side yet? This sinking feeling was confirmed when we hit tarmac. Much too soon for us to be on the right road. The ubiquitous deer-fence (to keep wild deer out of farmers’ crops) was you’ve-taken-the-wrong-turn writ large. 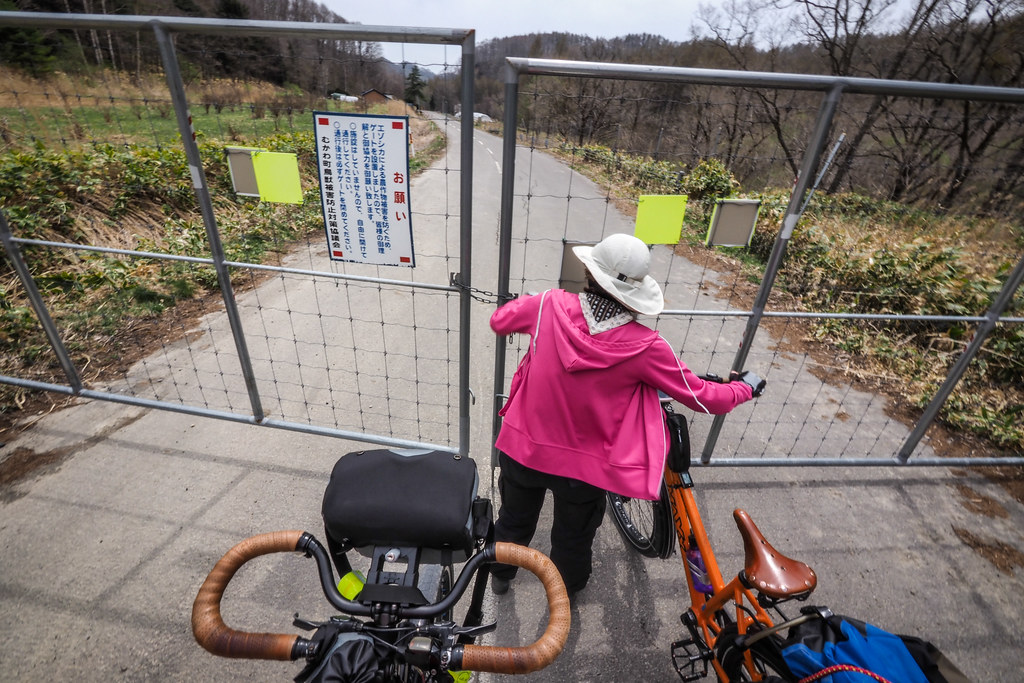 This was not cool. Essentially we had just spent almost two hours laboring through 15km of steep forest road (the blue dotted route below) which spat us out only 11km downhill (the grey route below) from the campground on the main road.

And to make matters more annoying, the dog-leg main road would take us straight into a stiff headwind for a large part of the rest of the day. Not cool.

So there were many morals learned from today’s route error, but perhaps the most important one being to take one’s time and check one’s map.

The day was not all for loss, however. We ended up cycling through Hobetsu town: a quaint little town home to a museum full of dinosaur bones. 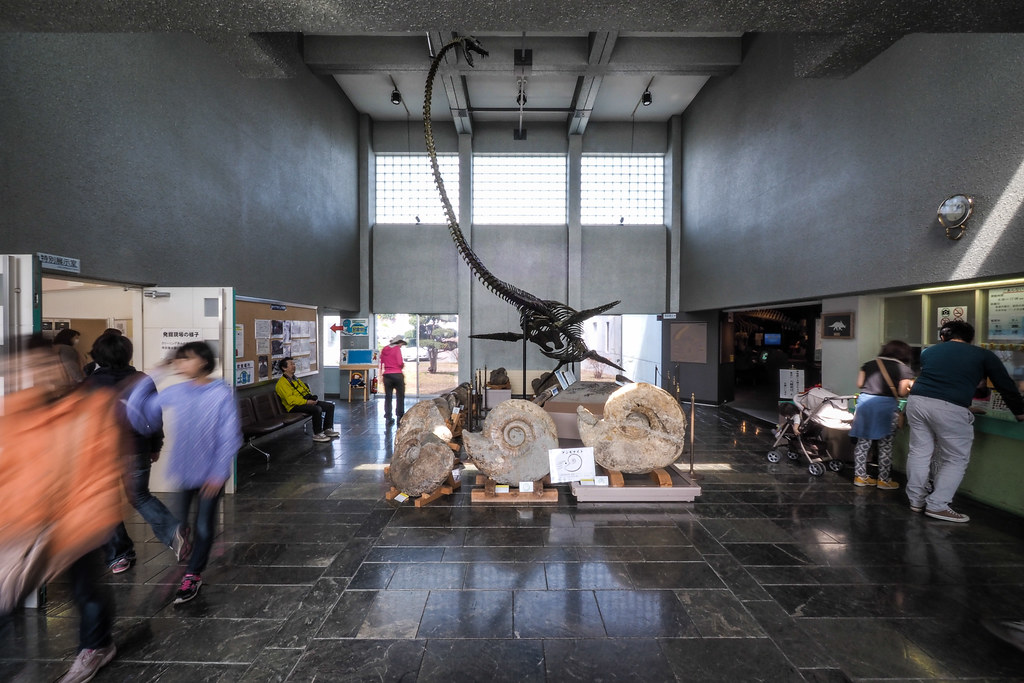 We stopped in Hobestu to cook up some pasta for lunch. As we chewed silently on our pasta, I hatched my plan for revenge on the forest road. With a train ride to Shin-Yubari, an excellent overnight (or possibly only one day) back-country bikepacking trip could be had.

But enough dreaming for now. Onward we went from Hobetsu up and over a little hump in the hills, and arrived at Abira Tokiwa Campground (400yen per person) in time to meet up with fellow outdoors-lover Rick. He had spent the previous night in a tent next to a lake on the western side of the main trunk line connecting Chitose City and Sapporo City. He knew our plans to be in Abira, so cycled there to stay the night. 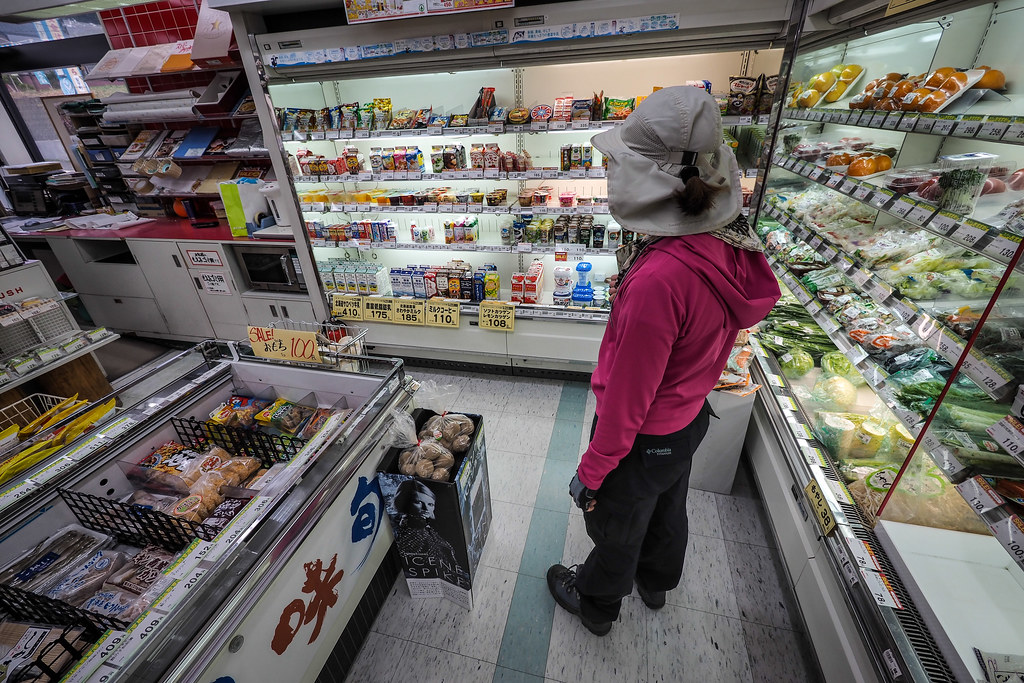 and then we dropped our gear at the campground and all scarpered off to find an onsen ( hot spring spa). 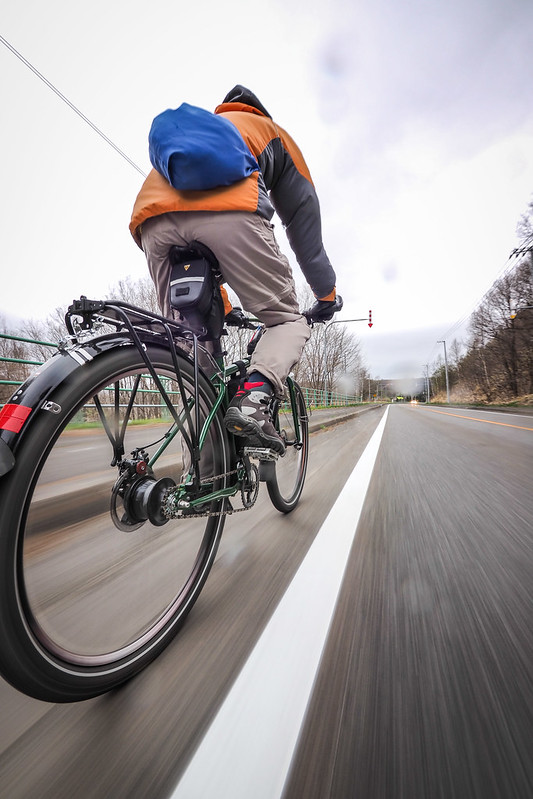 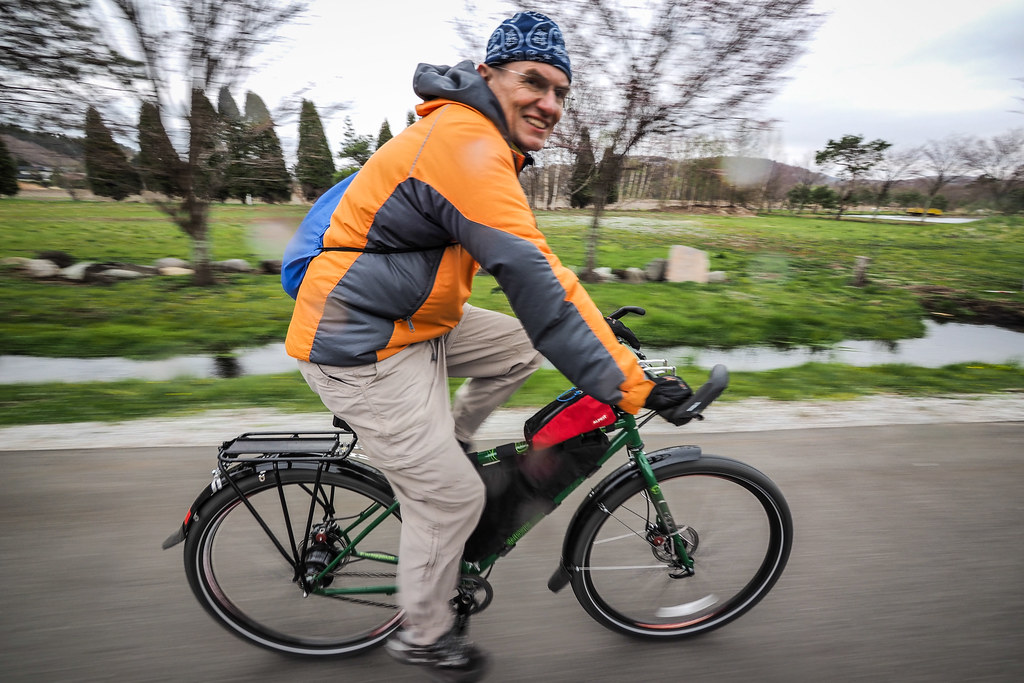 As if to show us that a Golden Week cycle trip is not a Golden Week cycle trip unless it rains, mother nature dropped some liquid sunshine on us as we arrived back at the campsite for dinner. Luckily however the campground had a covered cooking area with lighting. Wine, boil-in-the-bag rice, a spot of curry, and great company made for a great end to a rather stressful day. 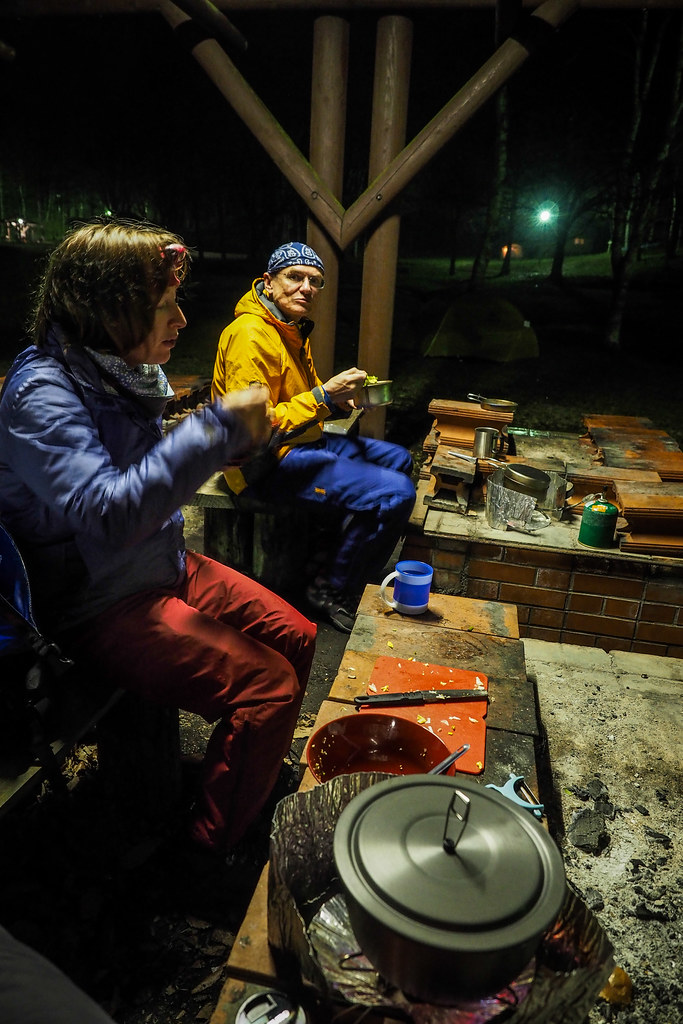 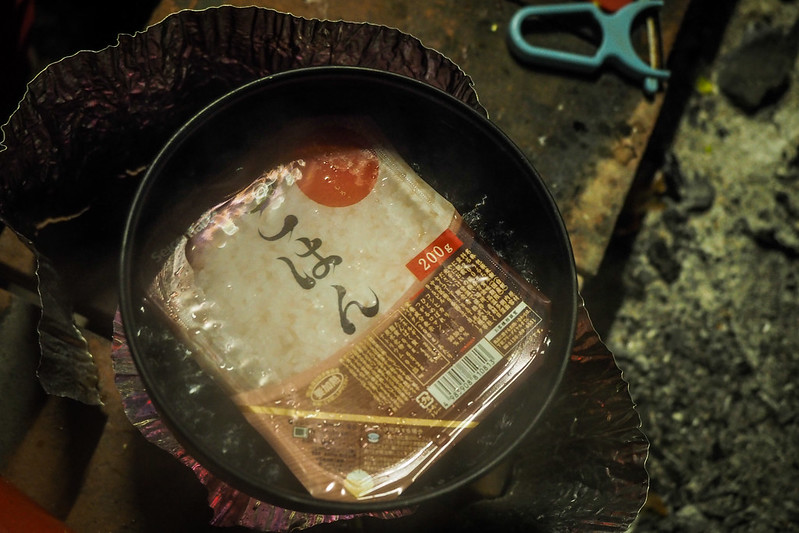