Mt. Fuppushi (風不死岳, 1,102m), around 60km due south of Sapporo City, is the oft-overlooked big brother to his shorter sibling Mt. Tarumae (樽前山 1,041m). But while everyone gapes at Mt. Tarumae's smoldering cork,  Mt. Fuppushi awaits the more intrepid climber, keen to tackle something steeper and more off the beaten track; it is recommended in most guide books only for experienced climbers in the winter.

Mt. Fuppushi is on the southern shores of Lake Shikotsu, about 1.5hrs drive southwest from central Sapporo City. The Kita-one Trailhead is here.

This is a steep route, but the rewards come pretty quick. As part of the Lake Shikotsu caldera rim, at the top of Mt. Fuppushi, you’ll have clear views to Mt. Tarumae, and of course across Lake Shikotsu and beyond, towards Mt. Eniwa and Mt. Izari etc. The route is fairly densely wooded.

There are no route markers.

There is usually room to park a car on the side of the road at the trailhead, here.

Aspect
The main aspect skiers are exposed to on the descent and/or ascent is North. Therefore, keep an eye on the weather forecast a few days ahead of your trip to monitor wind, snow, and temperature. Also, since this route is in the general vicinity of the Shiribeshi area, consider looking at the Japan Avalanche Network avalanche bulletins (updated Tuesdays, Thursdays, Saturdays at 8am) or the daily Niseko Avalanche Information website. These may give extra insight into avalanche conditions in the greater area around the route.

This route is very steep in places, so it would be best to steer clear of this route in conditions with recent heavy snow due to avalanche risk.

For cheap-and-cheerful, try the Kyuka-no-Mura Shikotsuko (休暇の村支笏湖) here. They don’t have an outdoor bath, but they’re open later (till 5pm) than any other onsen in the area. For something more upmarket, Mizu-no-Uta (水の歌), here, can’t be beaten. The onsen on its own is about 1,000yen per person, but their 2,000yen buffet lunch and onsen set is a pretty good deal, so consider booking ahead and treating yourself (NOTE: The price indicated on the Japanese page is 2,000yen, on the English page it says 3,240yen…we’ve only ever paid 2,000yen).

Dirk and I did not initially set out to climb Mt. Fuppushi. The idea was to do Mt. Tarumae. What we didn’t know, however, was that access to road 141 at the turnoff from road 276 on the Lake Shikotsu side is inexplicably not accessible in winter. Road 141 itself is cleared on the Tomakomai City side, so would be accessible from further south, but we’d already come to Lake Shikotsu; getting to the Mt. Tarumae road junction would require either a 50km drive or a 4km walk (carrying skis). Either way, it would add an hour to the trip.

We sought out an alternative peak to tackle.

Mt. Fuppushi was the clear alternative we were after. Just a few minutes down the road we found the Kitaone Trail entrance. The summer car park was of course completely snowed in, but there was enough room on the roadside to park our 12-hour rental (a 660cc gutless but economical wonder).

After the setback with the access road to Mt. Tarumae, it was already 10am by the time we set off. Being late in the season, the snow was rotten with plenty of debris in the lower reaches. We followed a forestry road for a while before hitting the Kitaone Trail proper.

The day was clear overhead, but relatively hazy, and after an hour of ascending through thickets of established woods, we emerged on the ridge that would take us (steeply) towards the summit. There was no wind, and the steep climb made it all rather hot work.

At around 12:30pm, we had hit the gut-buster steep sections of the climb. This area required stiff kicking of steps, and with a soft layer of rotting snow on the surface, it was easy to slip backwards. We were wanting for skins for some easier zigzag traverses.

We stopped for a quick bite to eat for lunch at around 12:45pm, only 15 minutes or so from the summit. It had to be quick, because despite the now extensive views over Lake Shikotsu, we were out of the shelter from the wind. A biting westerly cut through sweat-drenched layers. The name of the mountain, Fuppushi, is an indigenous Ainu name meaning “the place with conifers.” When the pronunciation is represented by Japanese kanji characters, however, the characters literally mean wind (fuu) not (fu) die (shi). Our wind-battered stop for lunch gave a certain weight to the name.

Lunch scoffed, we dropped our skis and backpacks and clambered on all fours up the remaining 50 meters or so to the summit. We were greeted with unobstructed 360 degree views over Lake Shikotsu to the north, and Mt. Tarumae to the east. An unusually dense haze put a damper on the view, but it was impressive nonetheless. Had we managed to get to the Mt. Tarumae trailhead, we would have hiked much farther, across Mt. Tarumae, to where this photo was taken. While the via-Taruame route would be a worthy one to take on for a long day out on the mountain, we were happy with the nicely strenuous Kitaone Route.

By 1:30pm we were on our way down. Somehow I had gone an entire winter season in Hokkaido this year without having even one day of downhill skiing, so the ski down was (for me) somewhat of a baptism of fire. Steep-ish terrain with plenty of trees to make things interesting…it was not until I got to the bottom that I actually felt like I had my skiing legs back.

As our reward for a great morning out on the mountain, we attempted to have a soak in the awesome Mizu-no-uta hotel’s onsen, but unfortunately had arrived too late for their day visiting hours (they finish at 3pm). We had to settle for the much less exciting, but no less hot and relaxing Kyukanomura Shikotsuko onsen. At least they were cheaper; 720yen rather than probably twice that price.

The day was wrapped up with dinner at (the now closed) Sapporo Shokudo in Chitose, a cafeteria-style Japanese restaurant where a large meal plus a handle of beer usually costs a reasonable 1,000yen or so.

Done this route to Fuppushi-dake, or others nearby? Thinking of doing it? Please post any feedback, reports, or queries here. Thanks! 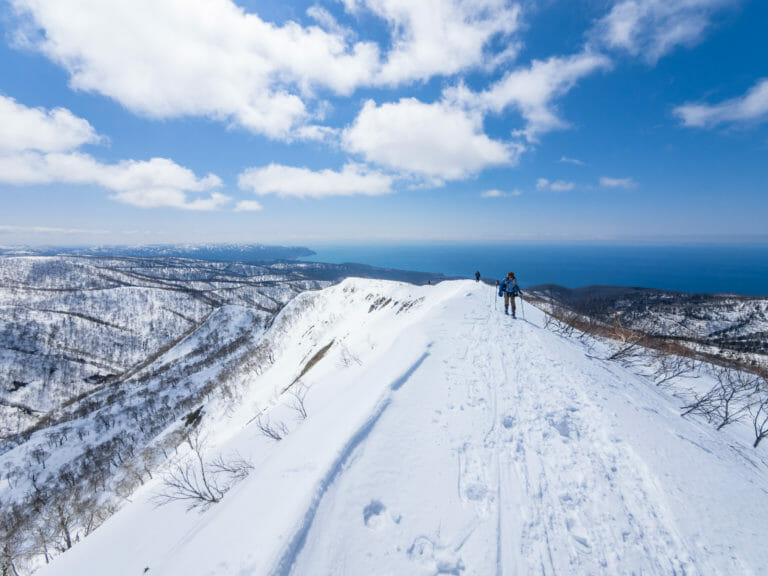 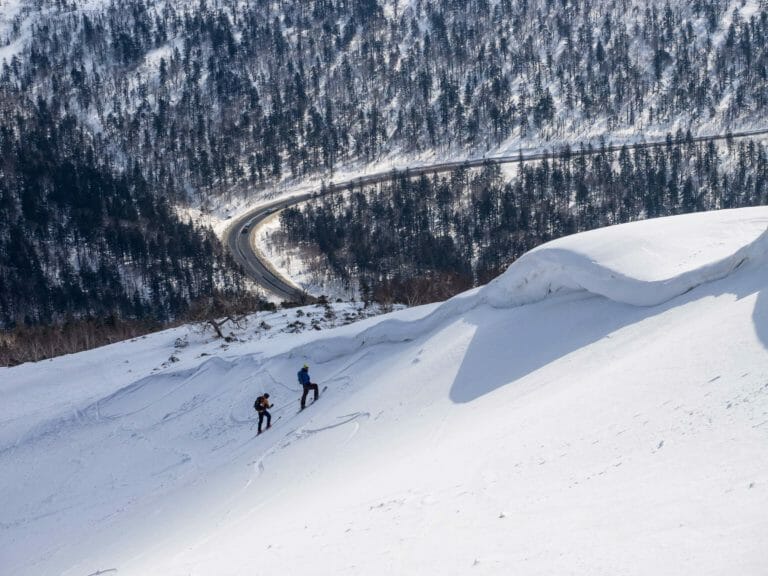 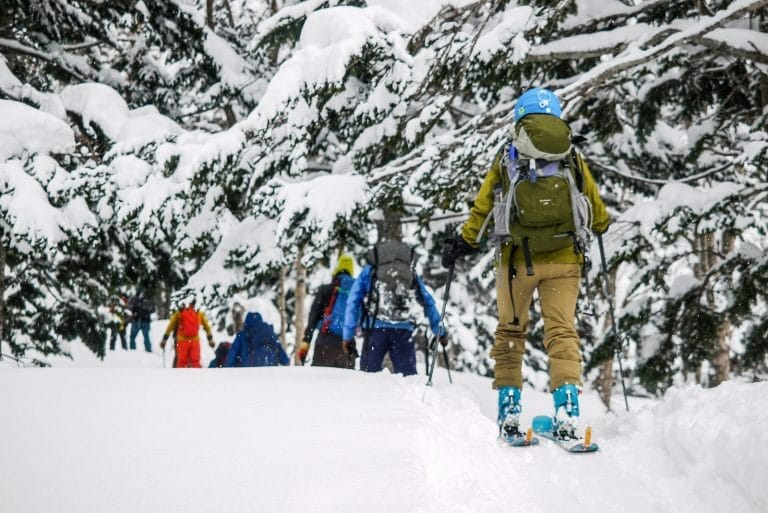