Okushiri Island, off the southwest coast of southern Hokkaido, is a far-away place. Particularly on the west coast of the island, the roads are traffic-free, and even the sprawling Green Hotel, with one of the only onsen on the island, is more or less empty. This short, sweltering day included local wine, one-laned roads, and another high-up headland campsite.

We were up early again this morning, keen to bag ourselves another sunrise. Once again, southern Hokkaido did not disappoint. 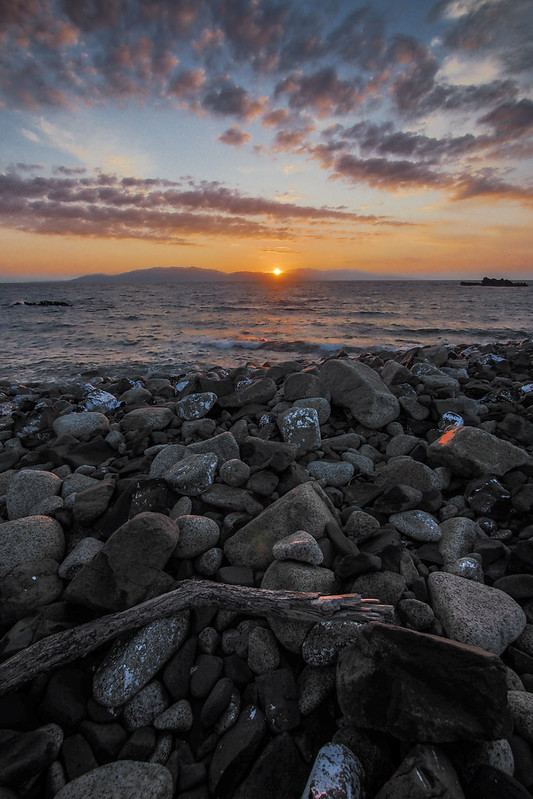 Mercifully, the strong winds of last evening had abated, and we managed to have a leisurely start to the day. Fresh coffee and Haidee’s amazing homemade toasted muesli made for the perfect morning. 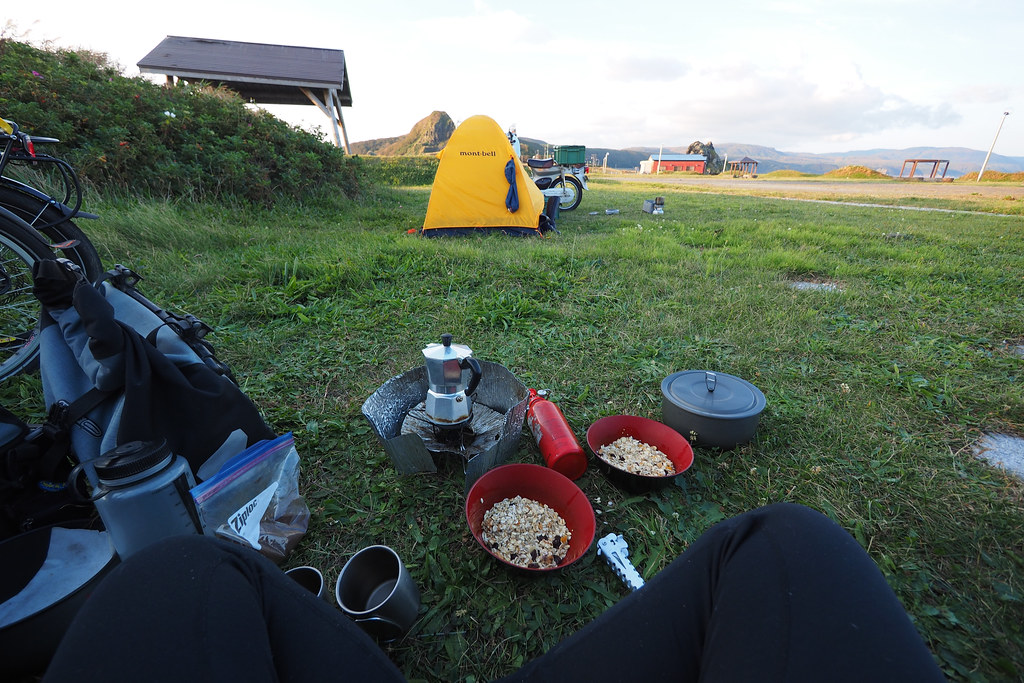 Soon after packing up and heading out, however, we were again taken aback at the extent of the post-tsunami civil works that have taken place on Okushiri Island. These massive walls along this small stretch of coast were protecting between approximately five and ten homes. 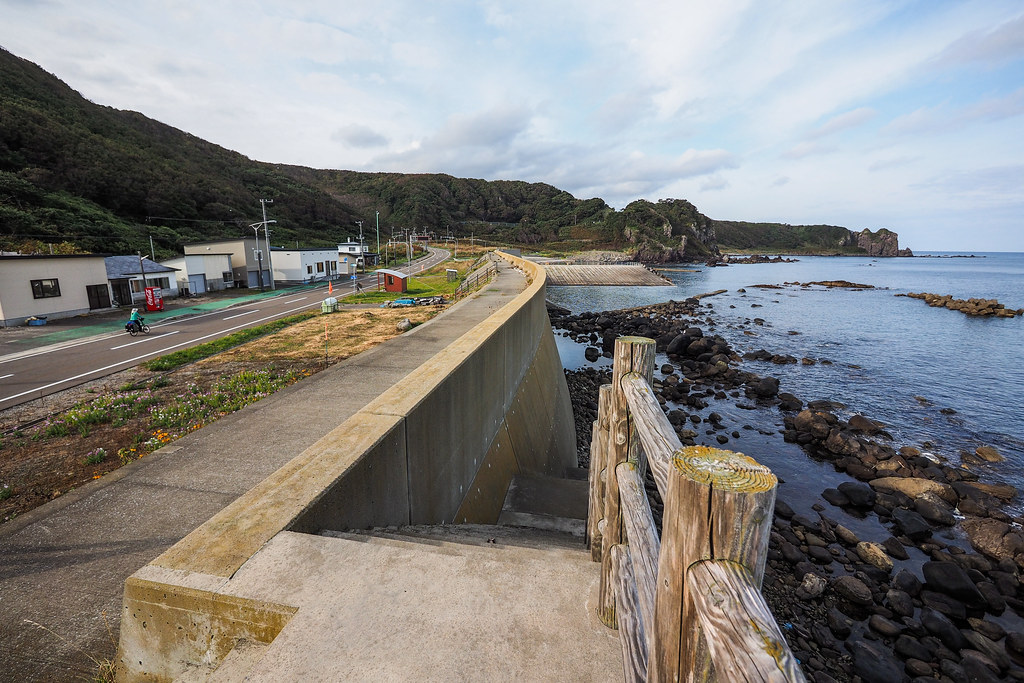 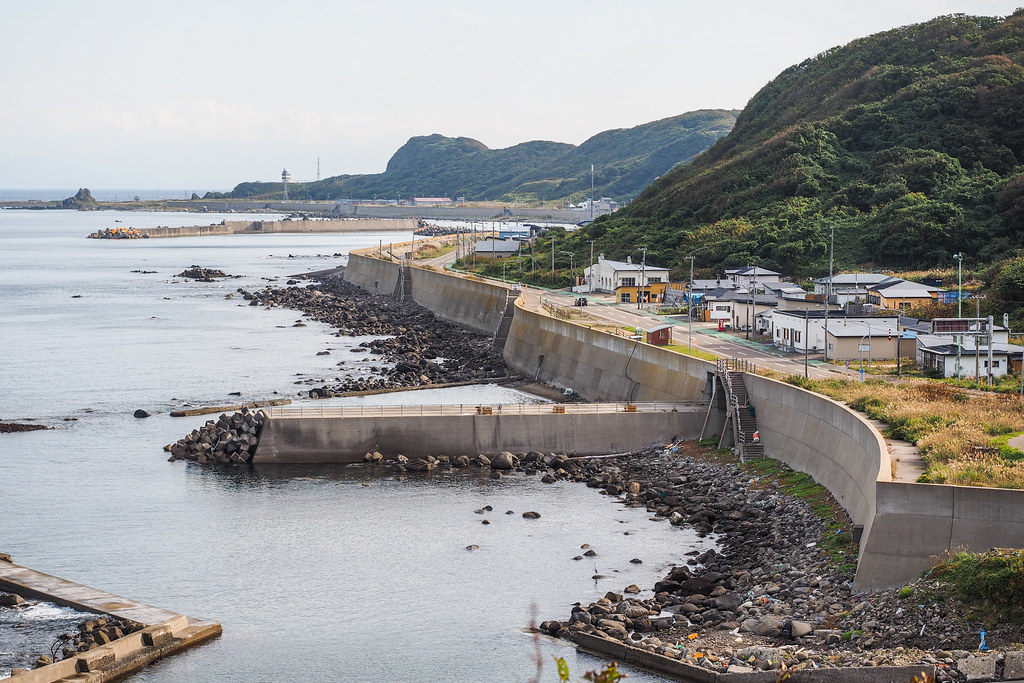 Soon, we were grinding up and over a headland in granny gears. For a blissful 800m or so, we were even treated to some gravel road. Just gorgeous. 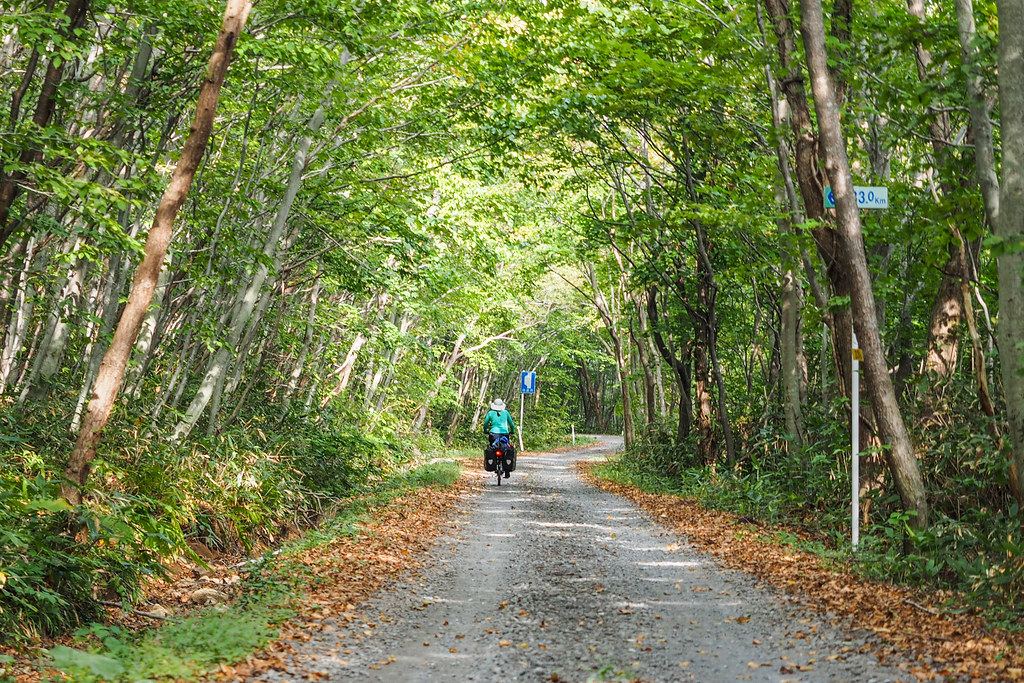 On our happily illustrated tourist guidemap for the island, one of the highlights of this route around the western side of the island is a beech forest. It was suitably hobbiton-like. 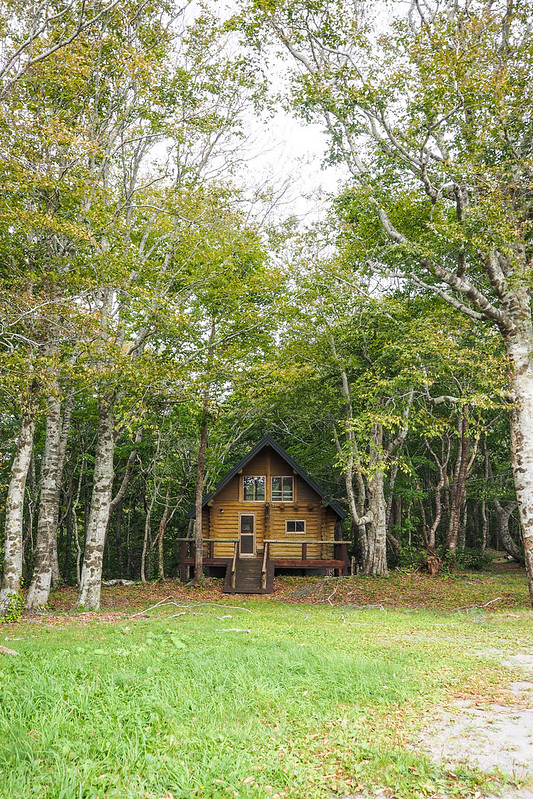 What goes up must come down, of course, so once we had passed the turnoff to the Air Self Defense Force base (located on the highest plateau of the island), we had some of the most spectacular downhill and coastal views I’ve experienced in Hokkaido. The native beech forest along this west coast of Okushiri is just perfect. 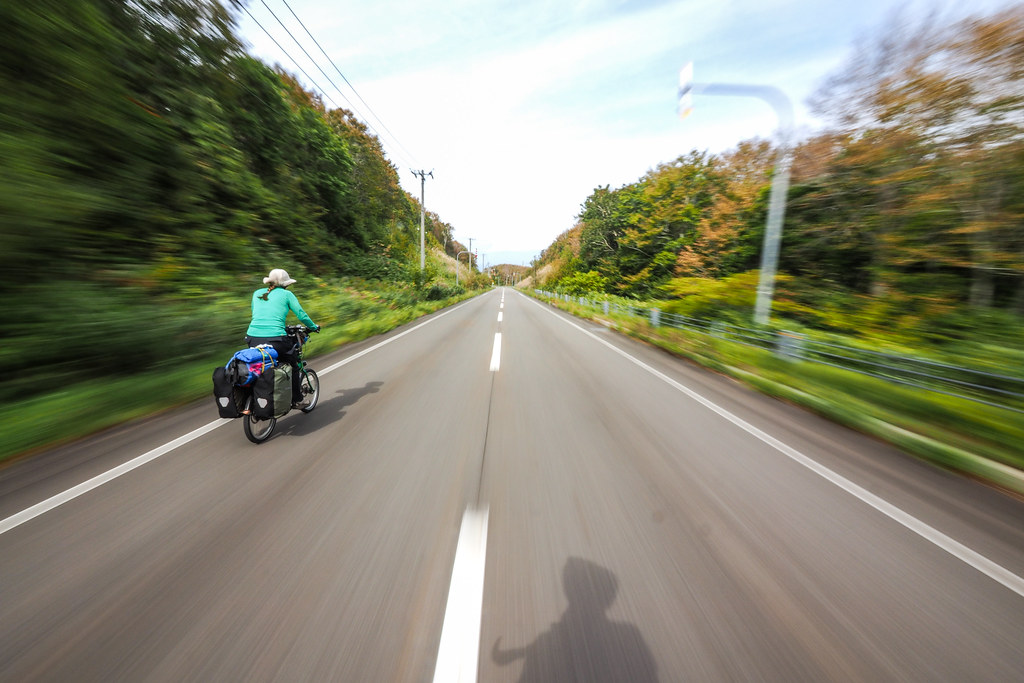 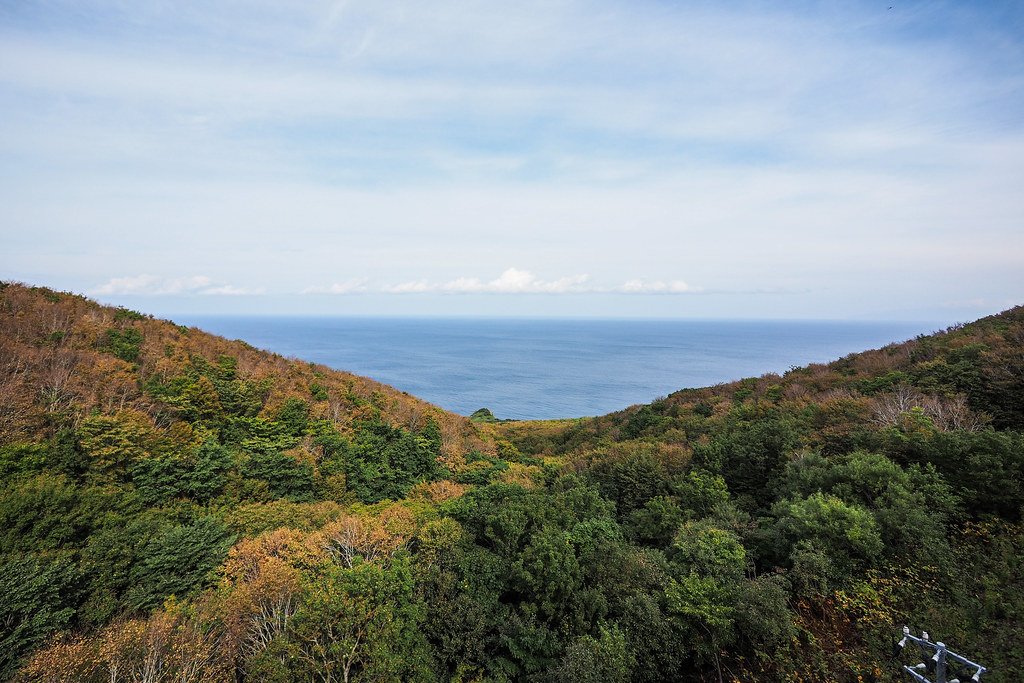 A curiosity along this stretch of coast was an old onsen relic. There was no sign explaining anything about it, but all of a sudden, on the side of the road, there was a calcified pillar, out of which was spluttering hot, iron-smelling water. The name of the small bay was called Yu-no-hama, which means ‘hot-water beach’. We could only guess that there was once an onsen facility here, but it had been destroyed by the tsunami. It certainly would have been in prime location to be damaged in 1993. 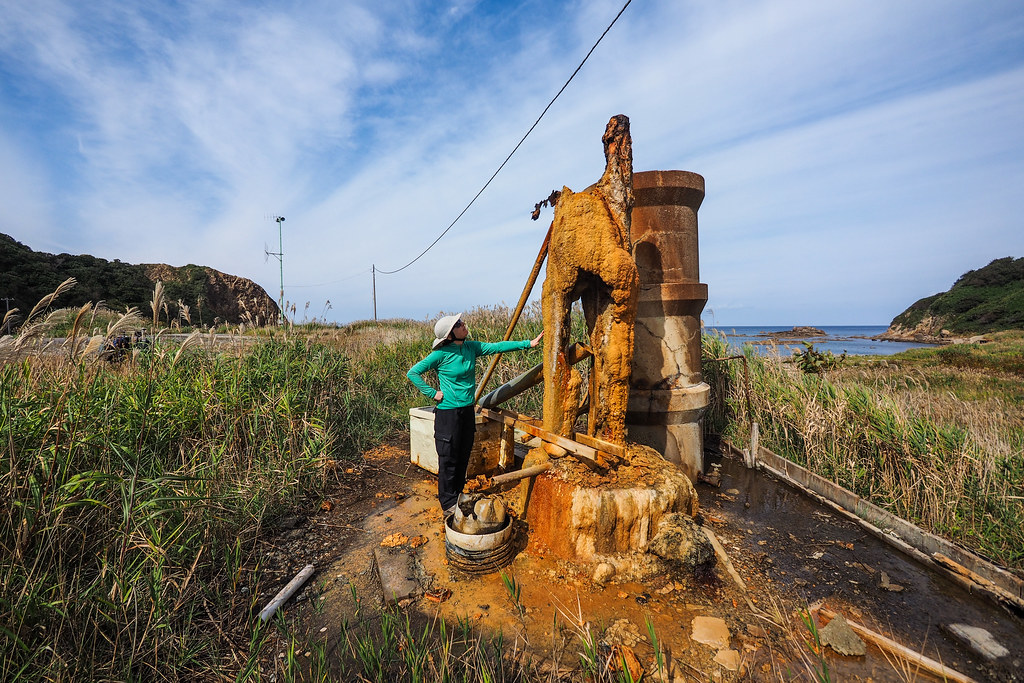 Haidee did some reconnaissance along the small river flowing into the bay, to see if she could find any other hot spots, but to no avail. 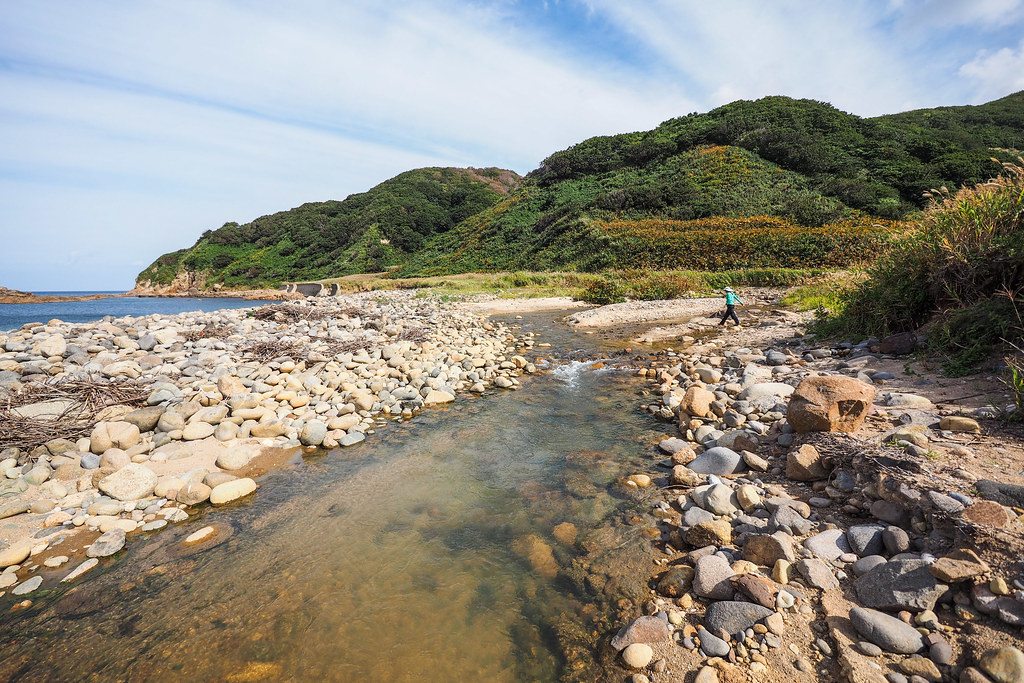 For the rest of the short distance to Yunohama proper, it was just more of the same – drop-dead gorgeous coast and blue skies. 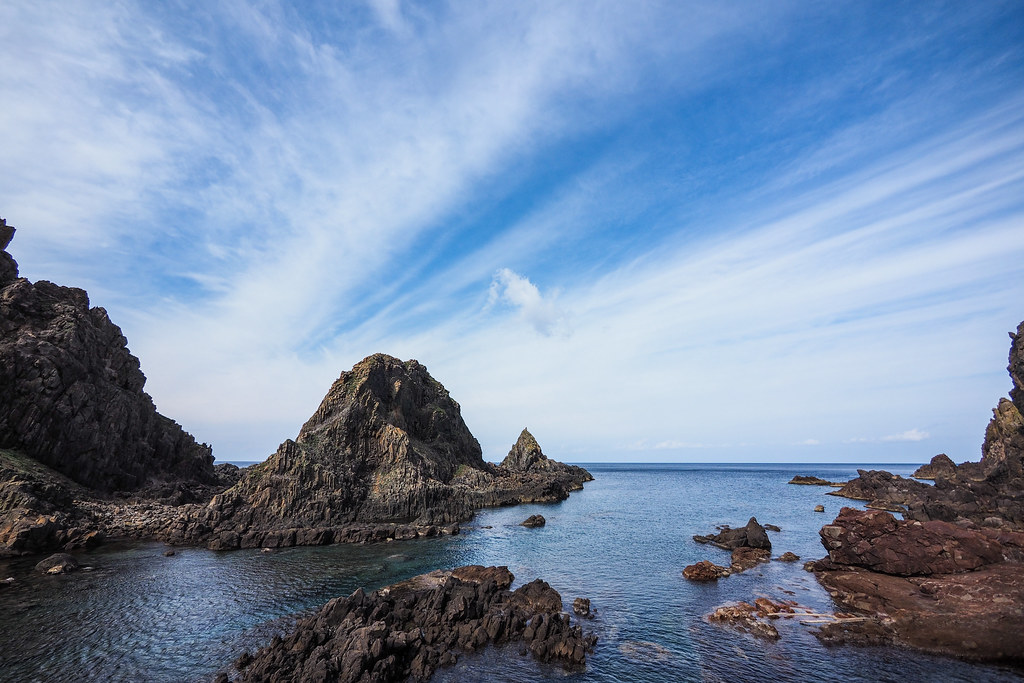 Yunohama is the only settlement on Okushiri that has an onsen. In fact, it has two. One at the small fishing port, and one at the Green Hotel, up the hill. We were half hoping that the hotel would have lunch, so we headed up there. Alas they didn’t have lunch, so we opted to head straight to the campground, just below the hotel, set up, have lunch, and then have an onsen later.

It just happened that the Okushiri Winery – which produces a massive 50,000 bottles of wine a year, using local grapes – was just behind the hotel, so we dropped in there first to grab a bottle of factory-only local wine. It went very well with our basic lunch of pasta and pasta sauce at the campground. 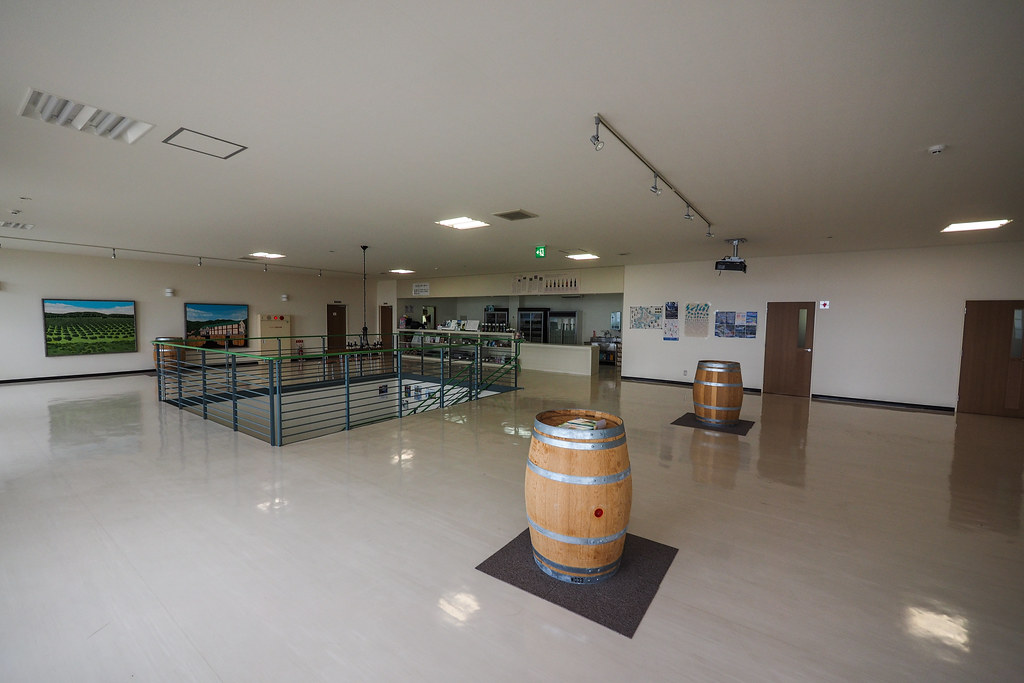 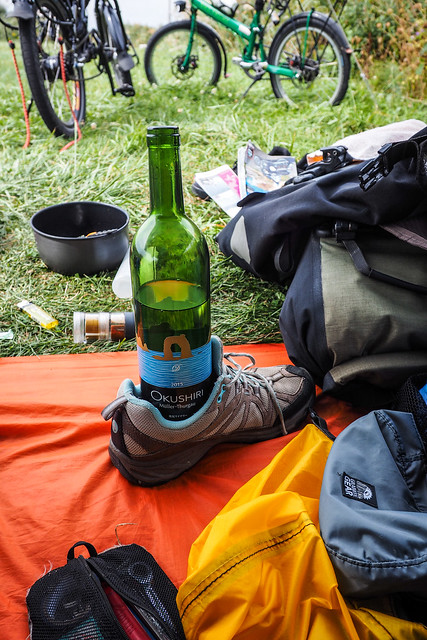 The devoid-of-tourists feel of the Okushiri Winery was repeated after lunch when we visited the Green Hotel for our soak in the hotsprings. The sprawling lobby was empty. The onsen was empty. Either they have some sort of enormous influx of visitors during the official summer holidays, or they’re going under. I have to hazard a guess that it’s the latter; their dilapidated, empty indoor swimming pool obviously hadn’t seen much use in a long time. The onsen was fantastic though. A variety of pools, and the dingy sauna was hot and rustic. 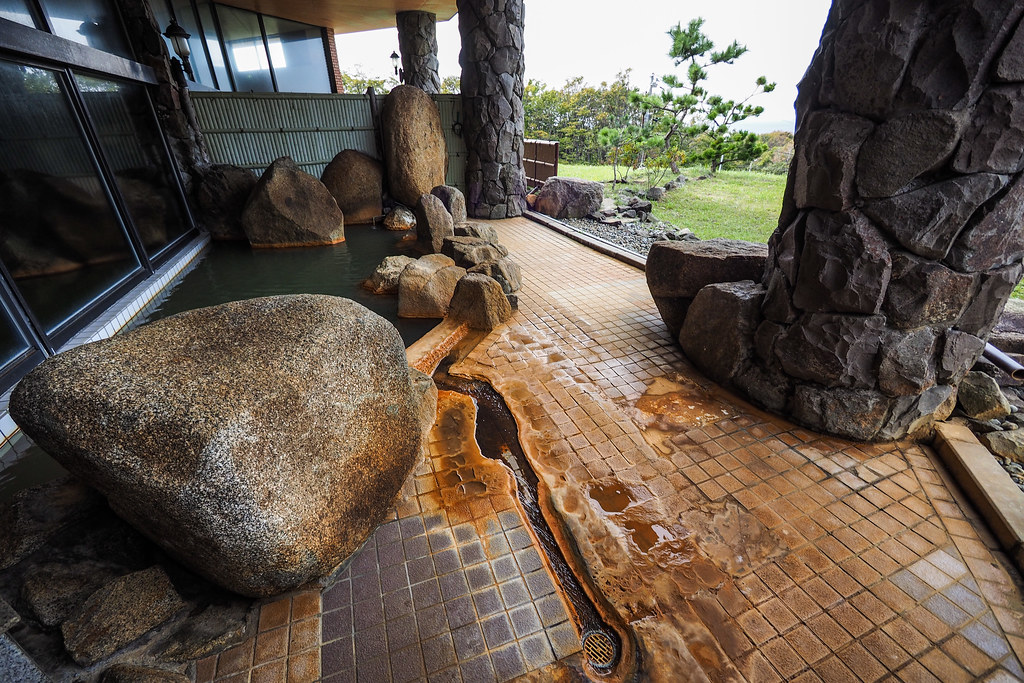 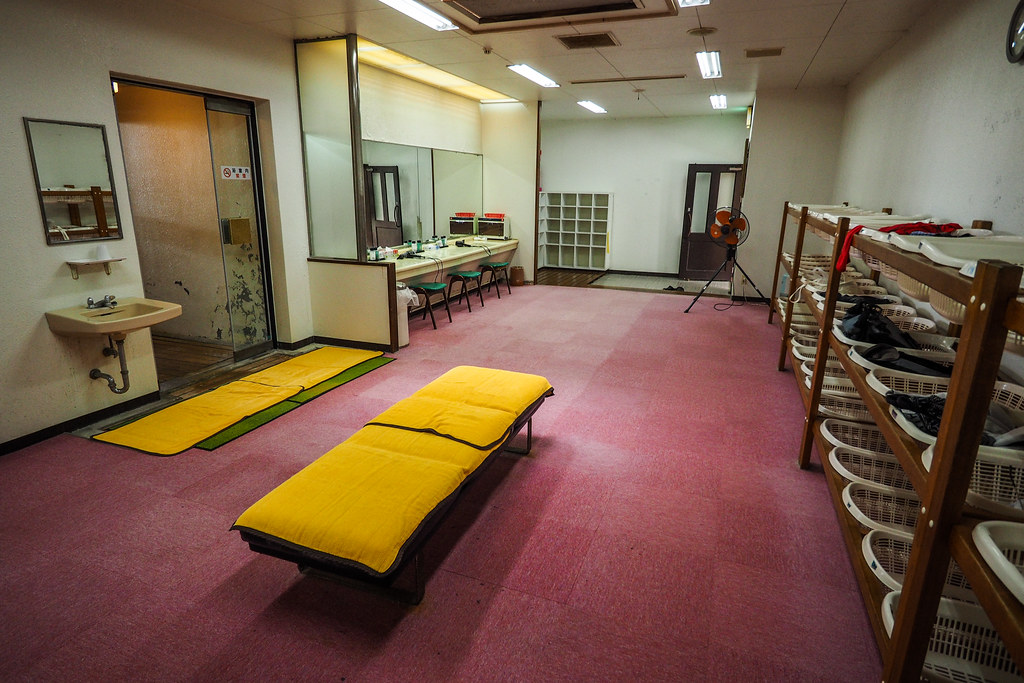 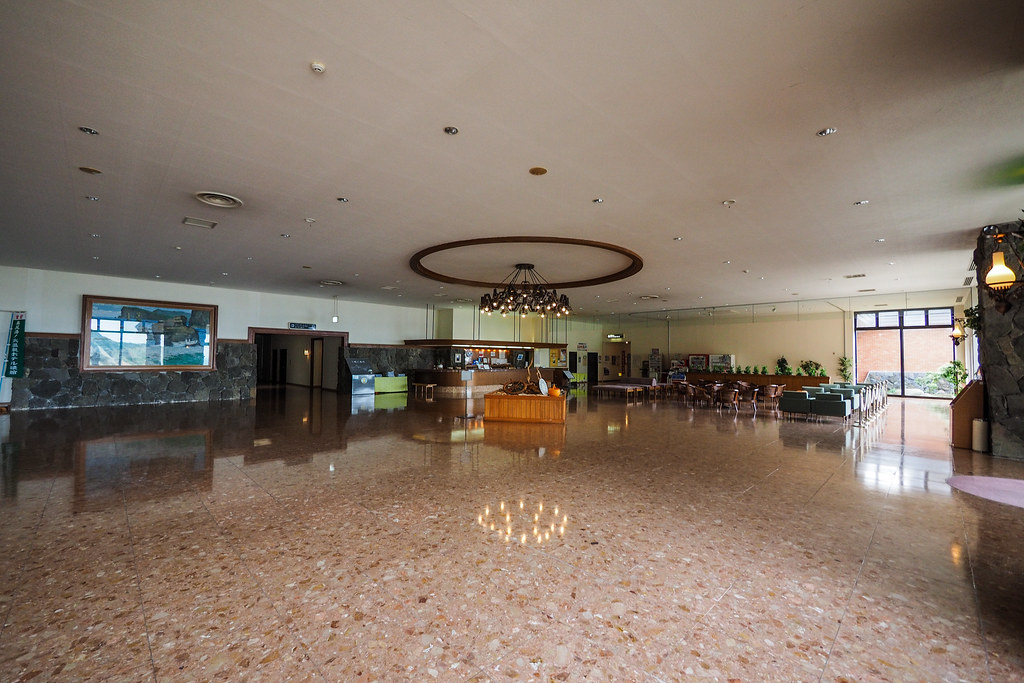