We arrived at Onuma Lake Park by express train from Sapporo a day ahead of our scheduled starting day for the tour. We figured we’d beat the crowds by arriving late on Friday night, to start cycling in earnest on Saturday morning. 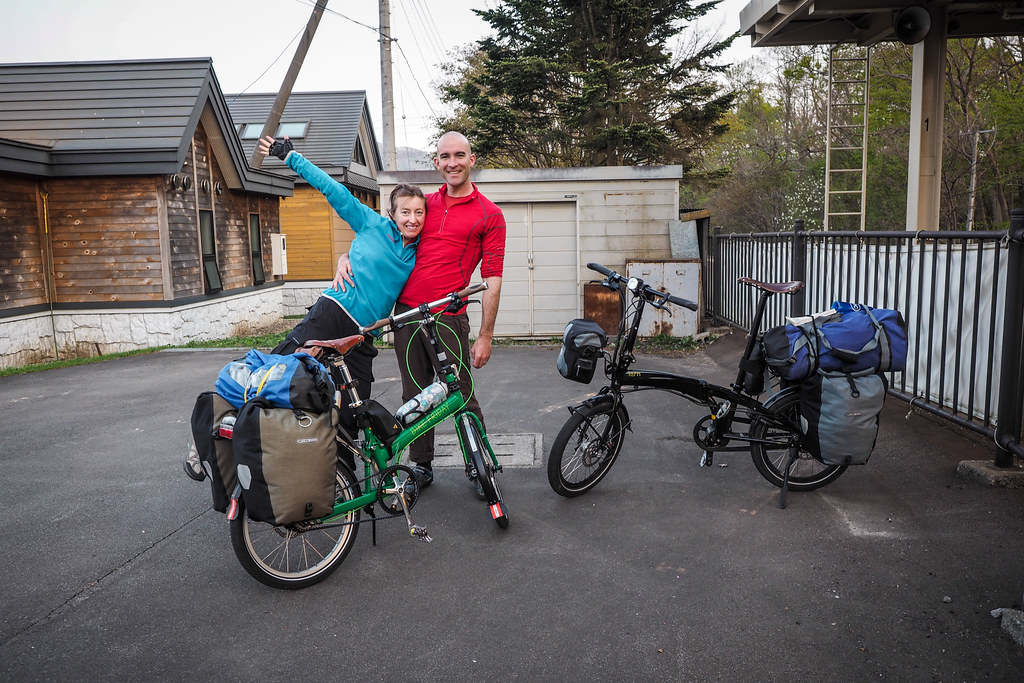 The plan was mostly a success despite the campground we had expected to stay at on Friday night being closed for renovations, and having no food to cook dinner with. In a quick change of plans, we pitched our tent at the free Onuma Lake campground (around 9km from Onuma Park train station), and headed to a quaint-looking pasta and pizza restaurant we had spied on the way around the lake.

The restaurant food was delicious. Not so much was the price: at just over 4,000yen for the two of us, it was definitely on the pricier spectrum. 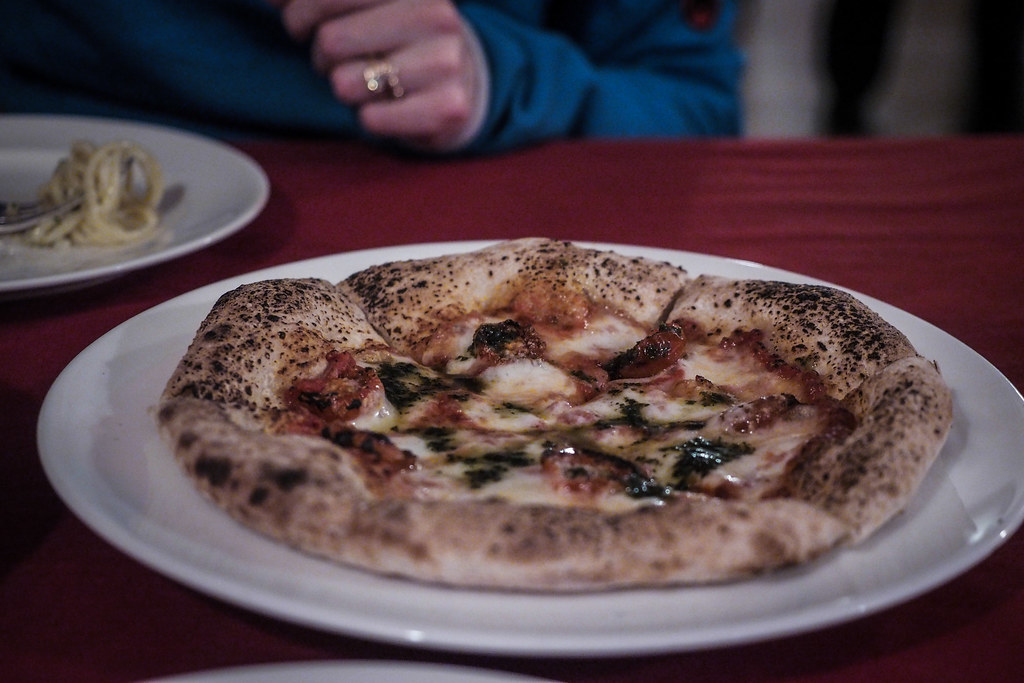 With bellies satisfied, we ducked into town for convenience-store milk for breakfast the following morning, followed by a quick dash back to the campsite just as the almost-full moon was rising over the tent. 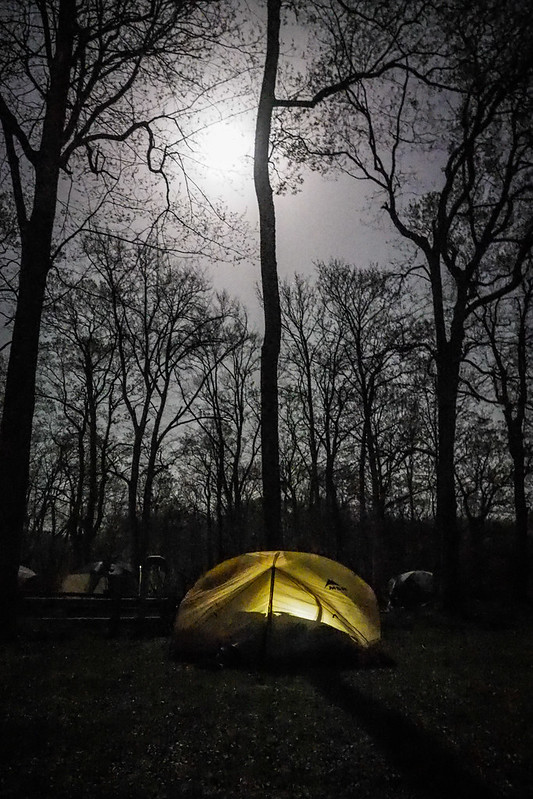 Morning broke clear and bright on Saturday. The lake, which we had missed on account of it being nighttime when we arrived the night before, was calm like sheet glass. 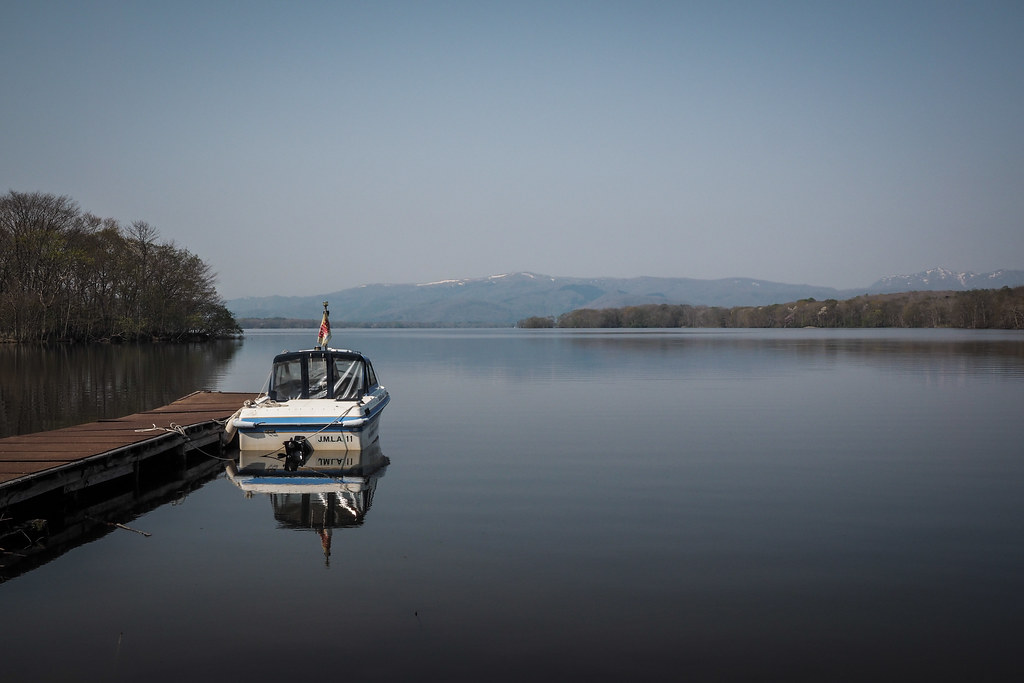 As is becoming more and more usual for us on our cycle tours, the morning began with fresh coffee. The mighty Porlex coffee mill and Bialetti mokapot doing their duties admirably. 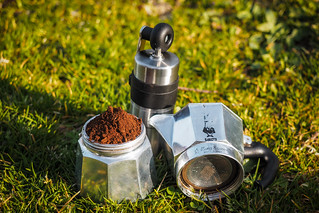 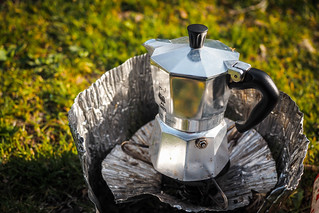 As far as the facilities went at the free campground, they were some of the best we’ve encountered in Hokkaido. And the location could not have been better; right on the lake front, with plenty of opportunities to explore. 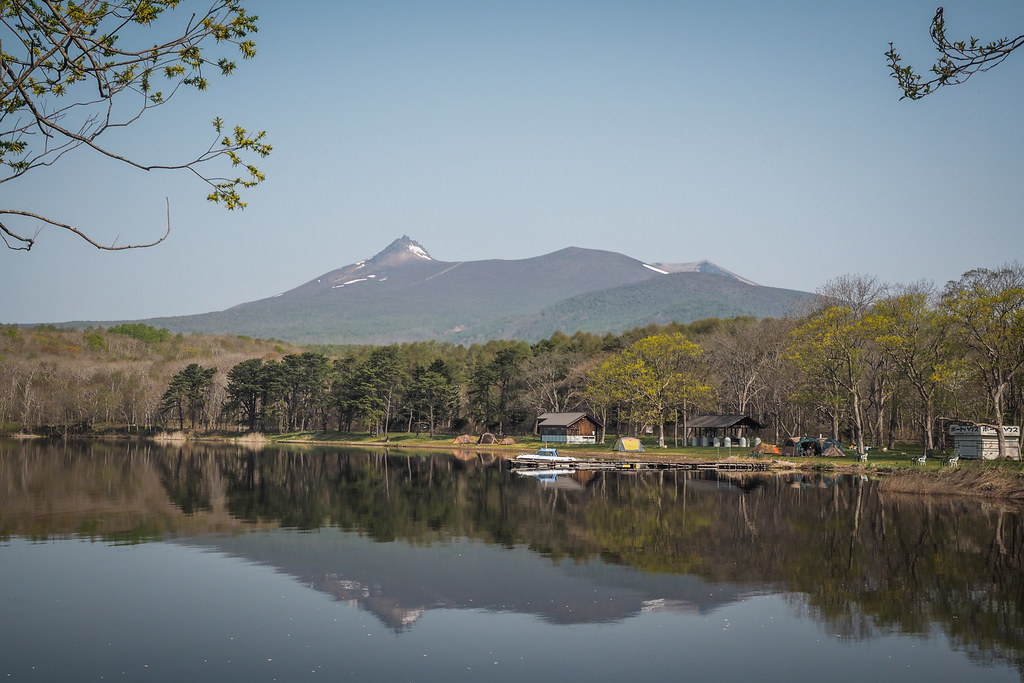 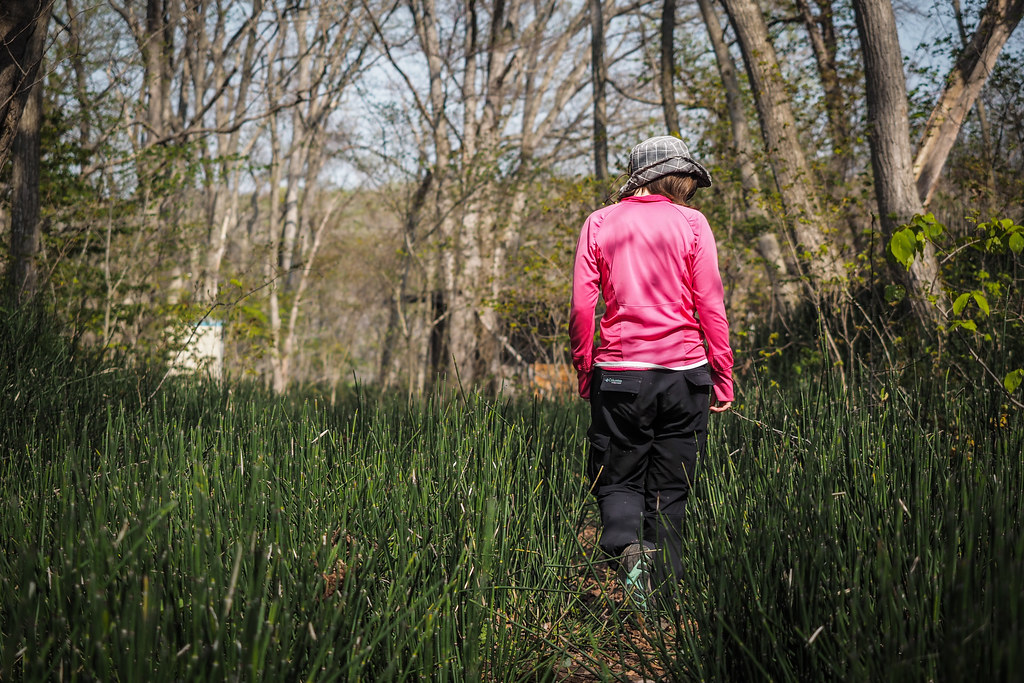 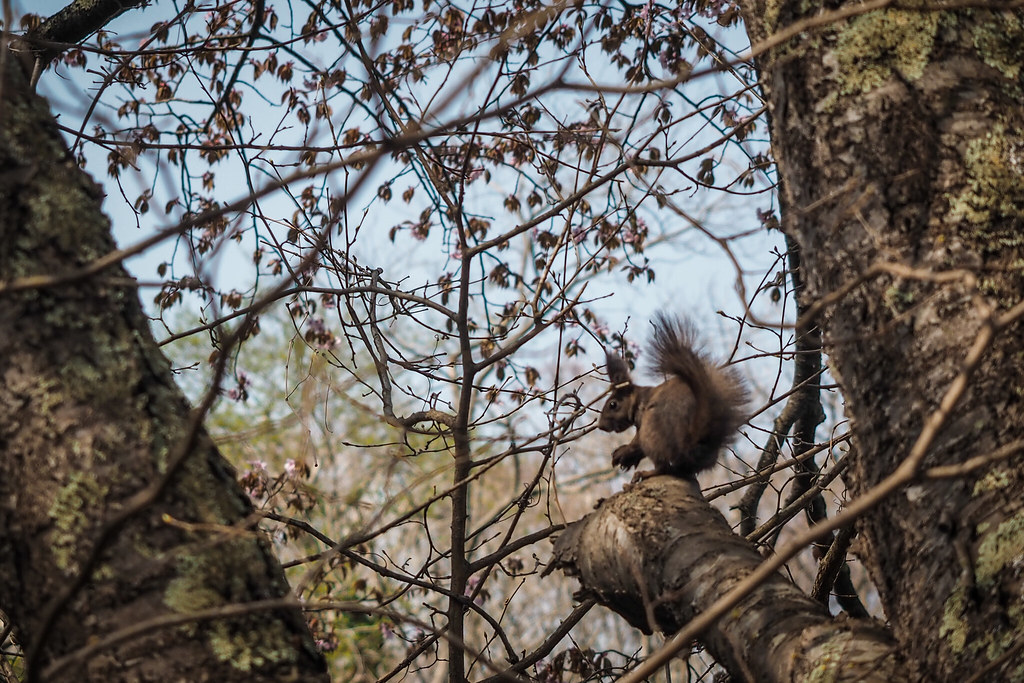 By the time we had hit the road in earnest (after a relaxing meander around the lake), it was mid-morning. I had hoped that Route 227 across from Onuma Lake to the Japan Sea would be a reasonably quiet route, but it turned out that for the first third of the route the road was lined with gravel yards and concrete factories. 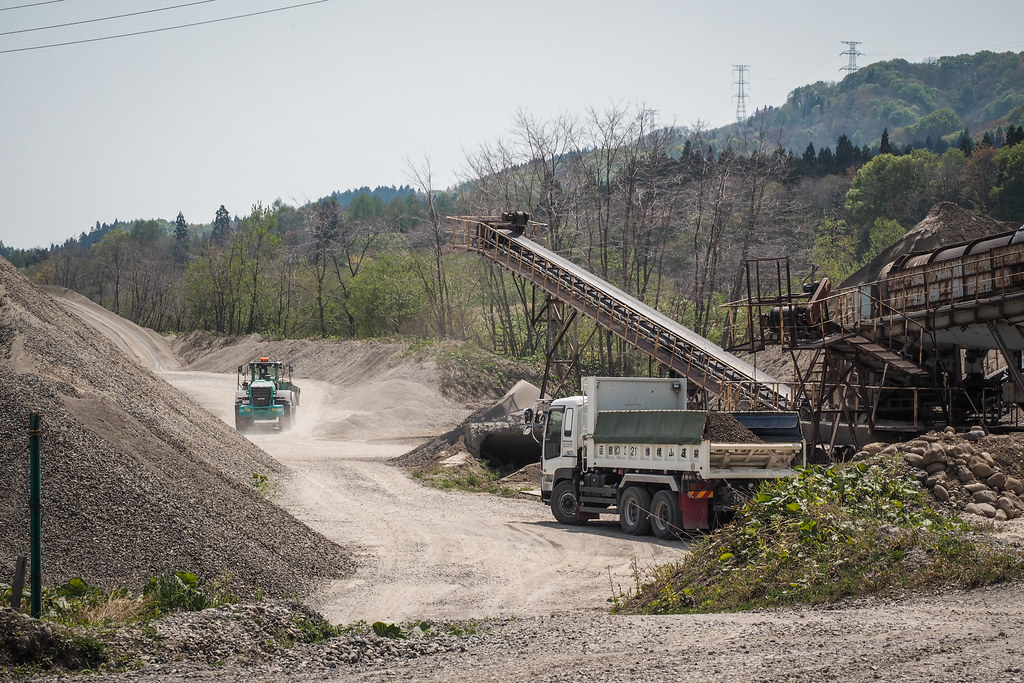 The dust and heavy traffic petered out towards the top of the pass, however. This gave us a chance to sit down for a leisurely lunch in an abandoned school yard. 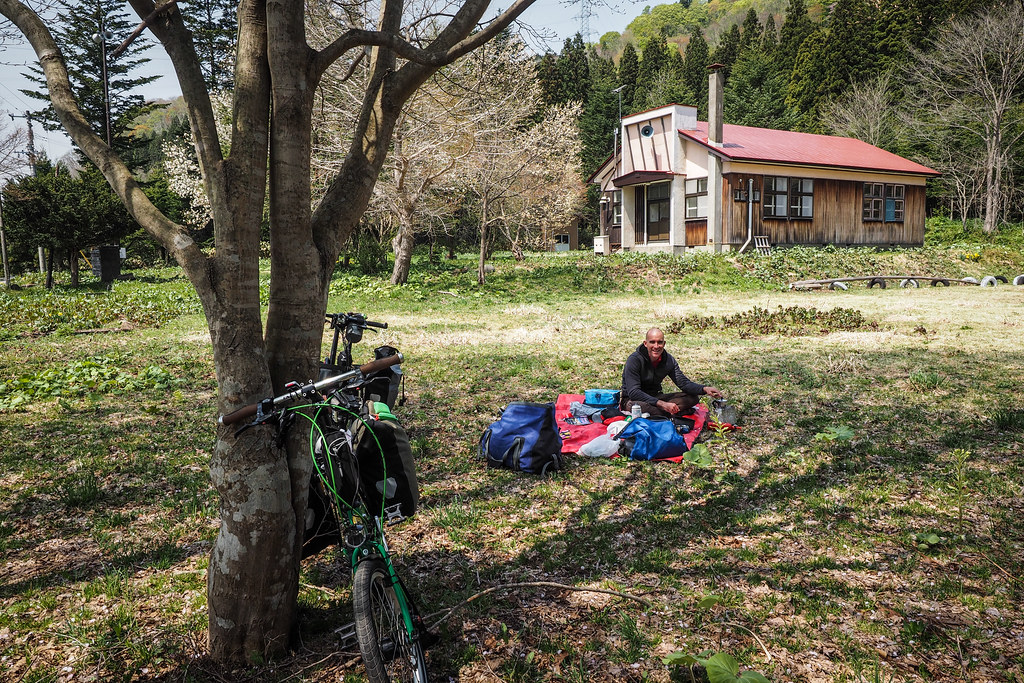 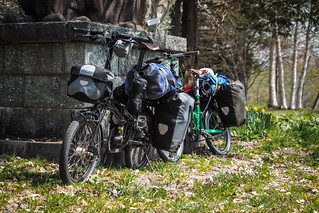 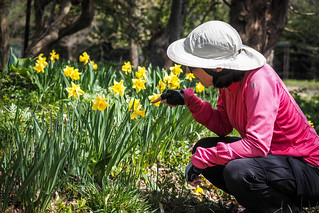 By the time we got going again, it was well and truly summer-like temperatures as we inched up over the pass to Assabu Town. Traffic was sparse, and we felt like we were starting to achieve our goal of getting away from it all.

Arriving in Assabu Town at around 4:30pm, our first stop was the local michi-no-eki; the common ‘road stations’ in rural towns that sell local produce and wares. We scoffed down some deep fried potato fritters (indeed, Assabu likes to think itself famous for its waxy potatoes), and bought fresh veges for dinner at the free Rec-no-mori campsite.

Rob prepared dinner; a mushroom curry paired with couscous and a salad. Perfect fuel for recovering from the first day on the saddle. 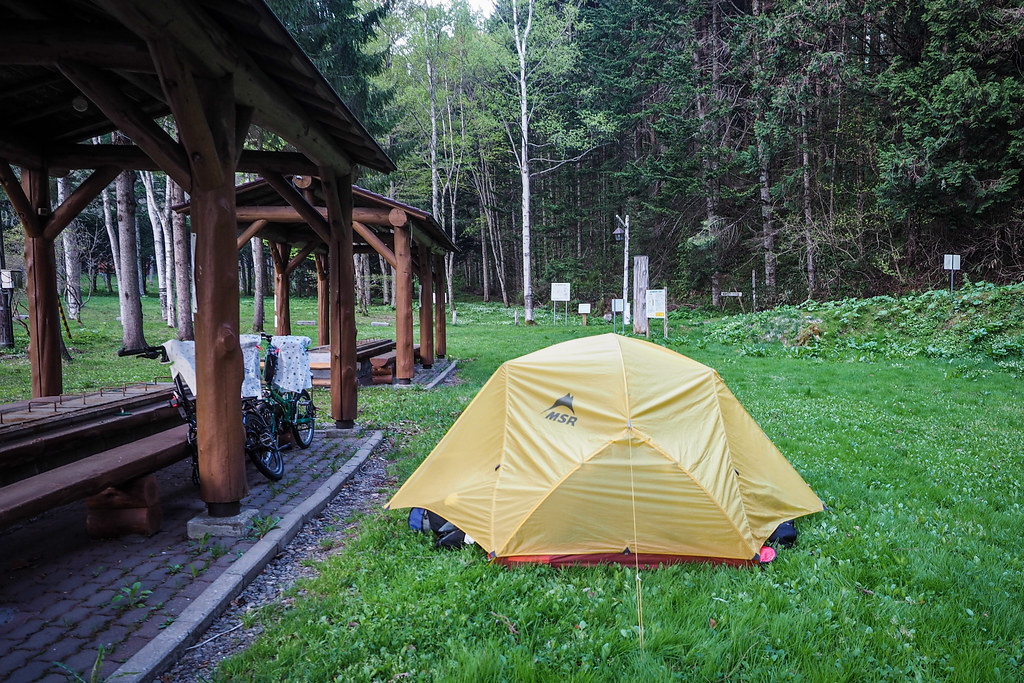 As dusk was approaching, we washed up the dishes and headed out to find the local – and apparently famous – Gamushi onsen, a 3km ride from the campground. We did find an onsen, although we only noticed that it was not the onsen we had been looking for once we were lounging about in the lobby. It appeared this was a more ‘local’ bath-house…complete with a stuffed full grown bear and various species of bird mounted to the walls…