We were beaten by the hills and snow yesterday, but today we soldiered onward via the alternate route: the magnificent Japan Sea coast road. With a roaring tailwind to boot.

One purpose of yesterday’s attempt at crossing the Kariba range was to avoid the Japan Sea coast north of Setana Town. The tunnels dotted along this coastal route were the reason for our reluctance to take on this bit of road. Indeed, we were on the road not even a few hours before we hit the dreaded caverns. 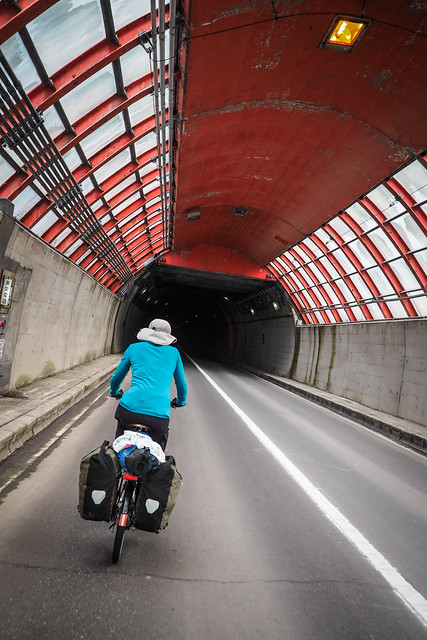 Surprisingly, however, most of the longer (over 1km long) tunnels were very new: well lit with wide lanes. The lack of traffic also made them much more hospitable than they might have otherwise been. 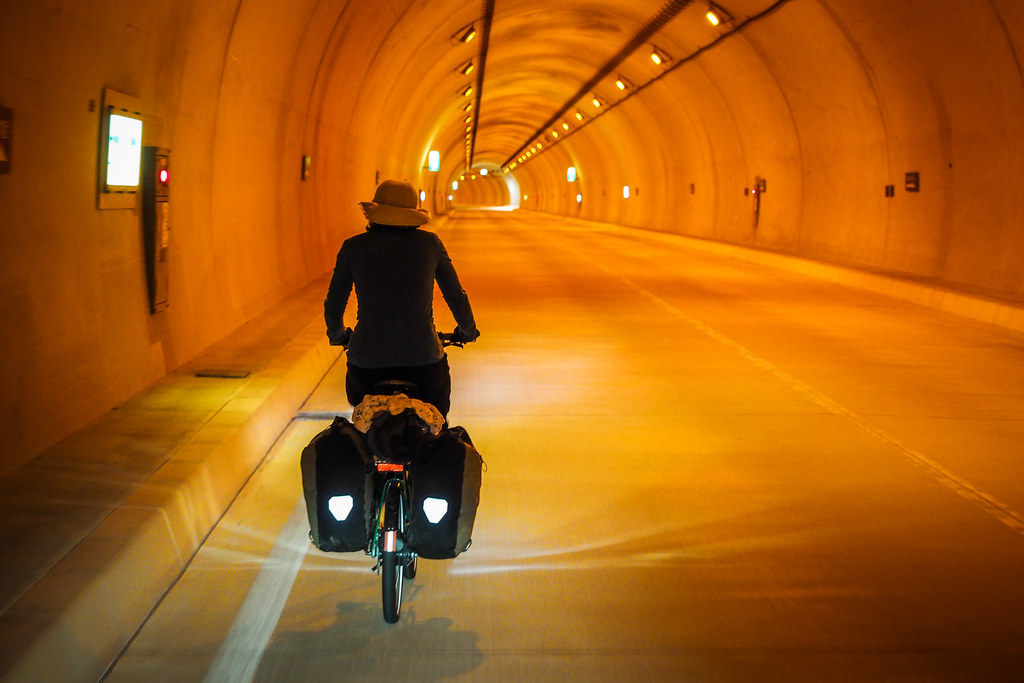 And most of the tunnels spat us out into more rugged coastal scenes. 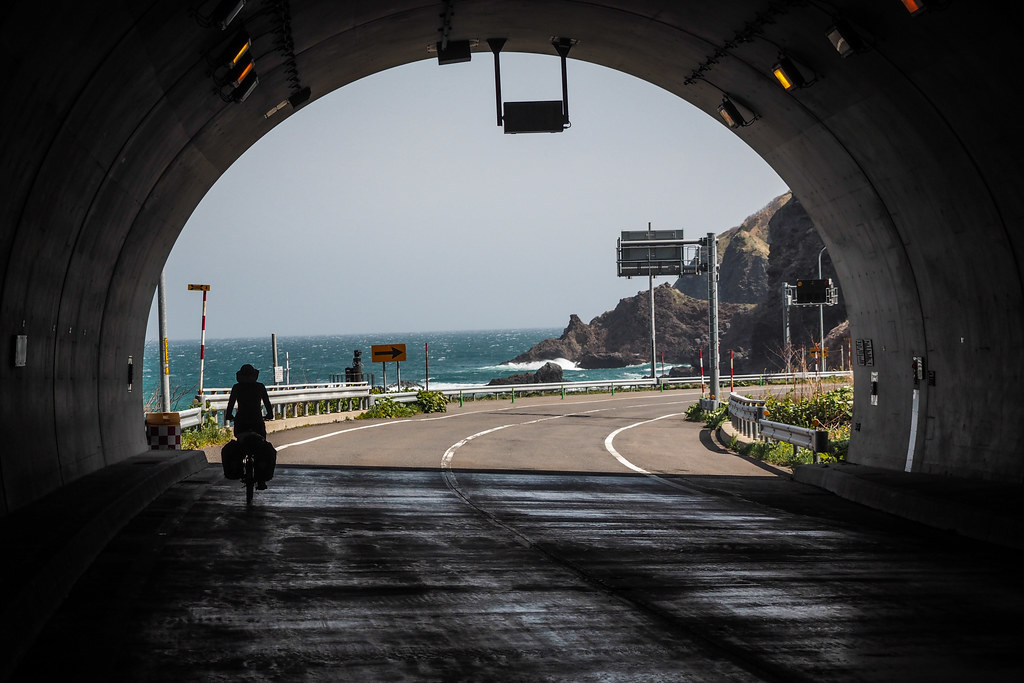 The highlight of the day, however, was the roaring tailwind that blew us most of the way to Kuromatsunai. The forecast was for 35km/h gusting south-easterlies. We were going more or less north-west. A perfect combination. Smiles all around. 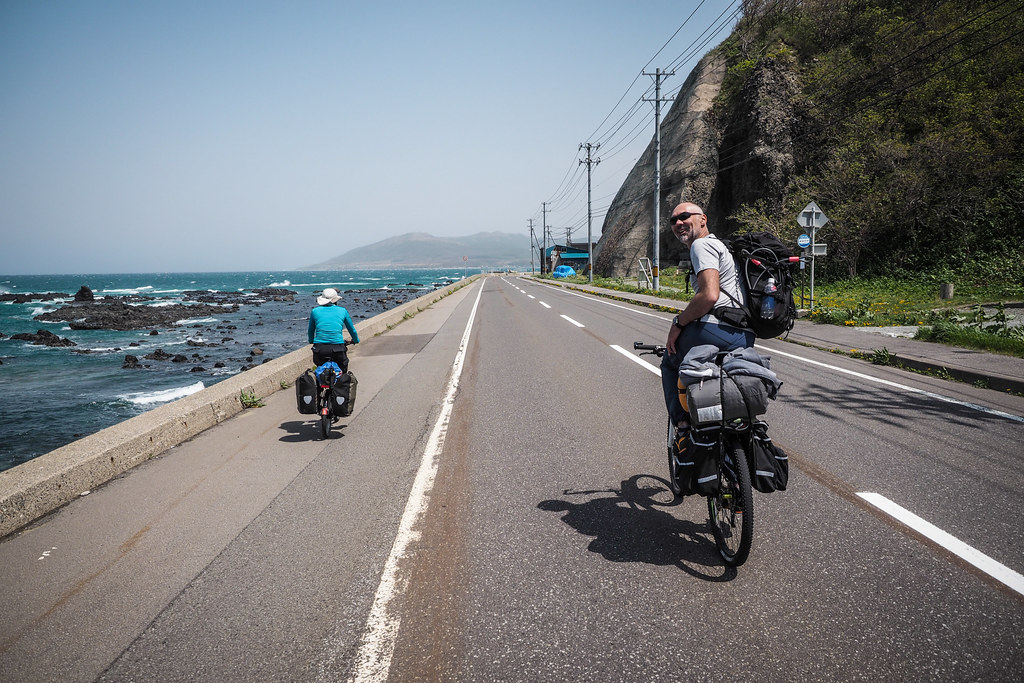 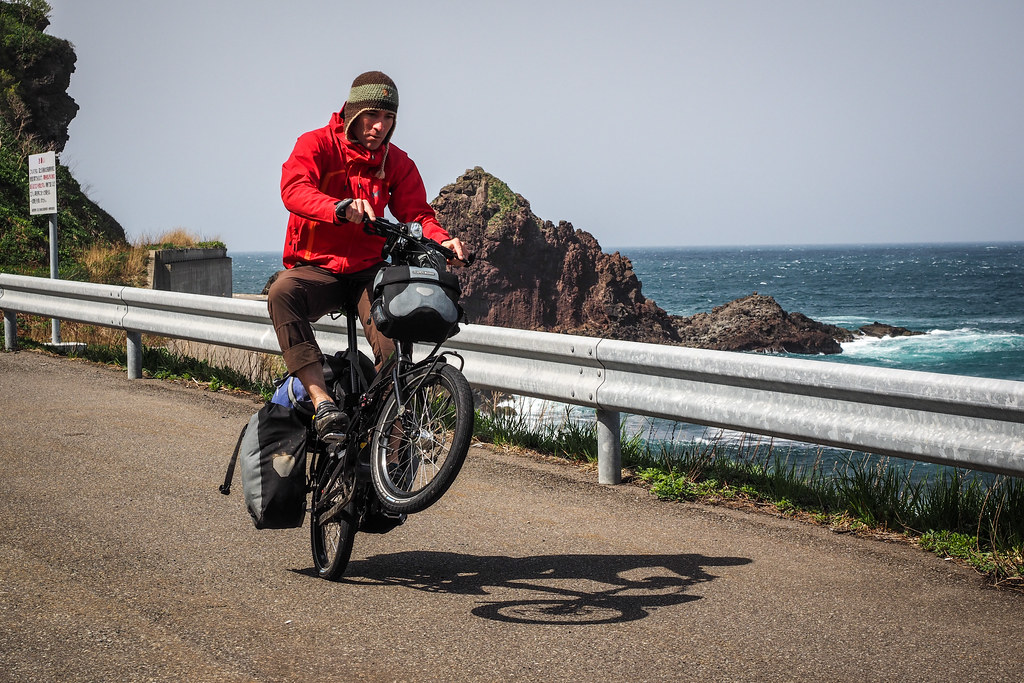 Even after we had left the coast, in order to cut inland to Kuromatsunai, the tailwind followed us. This made the climb up the 400 meter pass on the way to Kuromatsunai easier to bear…nothing quite like the invisible hand of a stiff tailwind to help you up a hill.

Curiously, the top of the pass was enveloped in massive concrete snow shelters. Quite the engineering (and national-budgeting) feat. 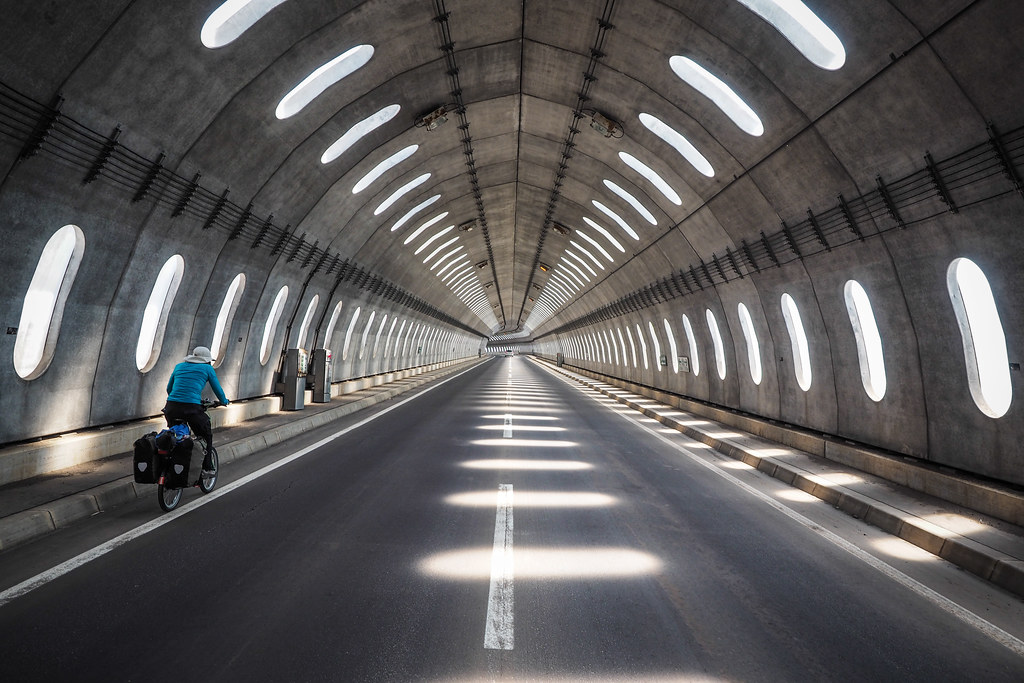 The presence of a wind farm near the pass suggested that the shelters were warranted; if the wind we experienced today was accompanied by snow (as is surely the case in winter here), the pass would have been smothered in no time. 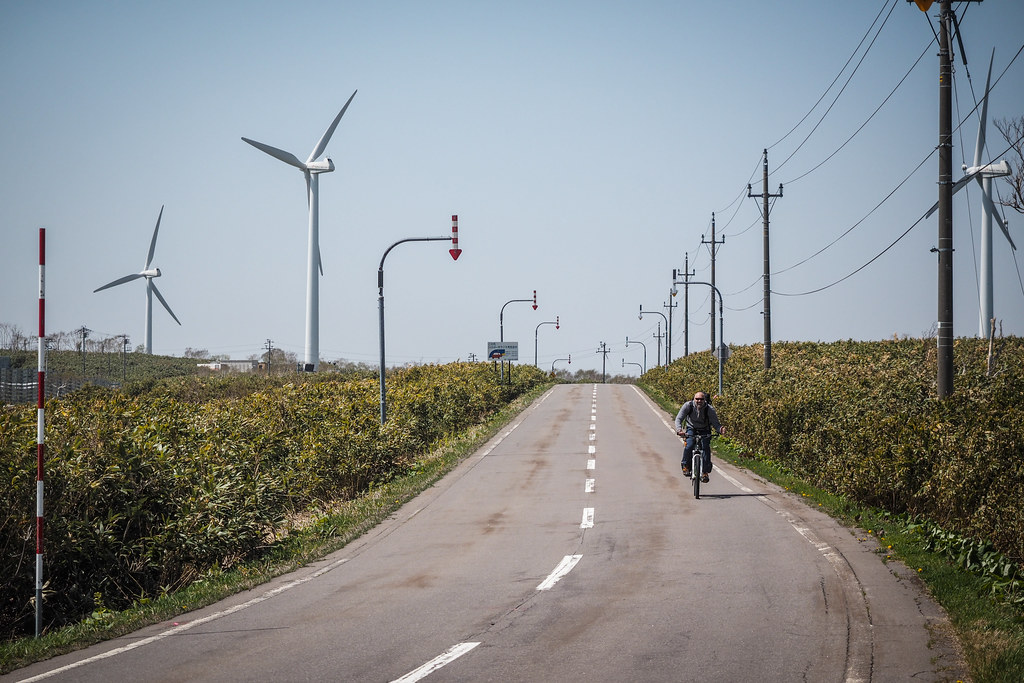 With our early 7am start and the howling tailwind, we completed the 90km from Setana to Kuromatsunai by 2pm. We checked into the only campground in Kuromatsunai, the Le Pic Auto Campground. Unfortunately they didn’t have any non-powered tent sites left, so we rented a powered site for the night. This worked out to be around 1,700 yen each. 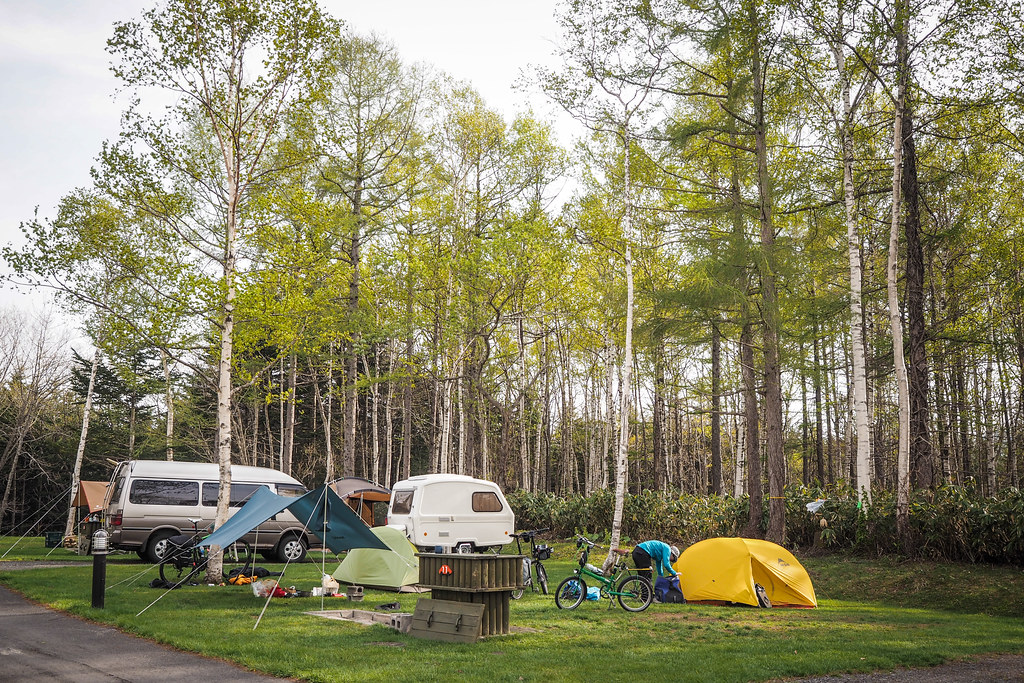 It was a nice treat to arrive at our campsite so early. I bought a bundle of firewood for 600 yen (approx. US$6) and some weaner sausages, intent on having a campfire, a rare treat on our cycle trips. 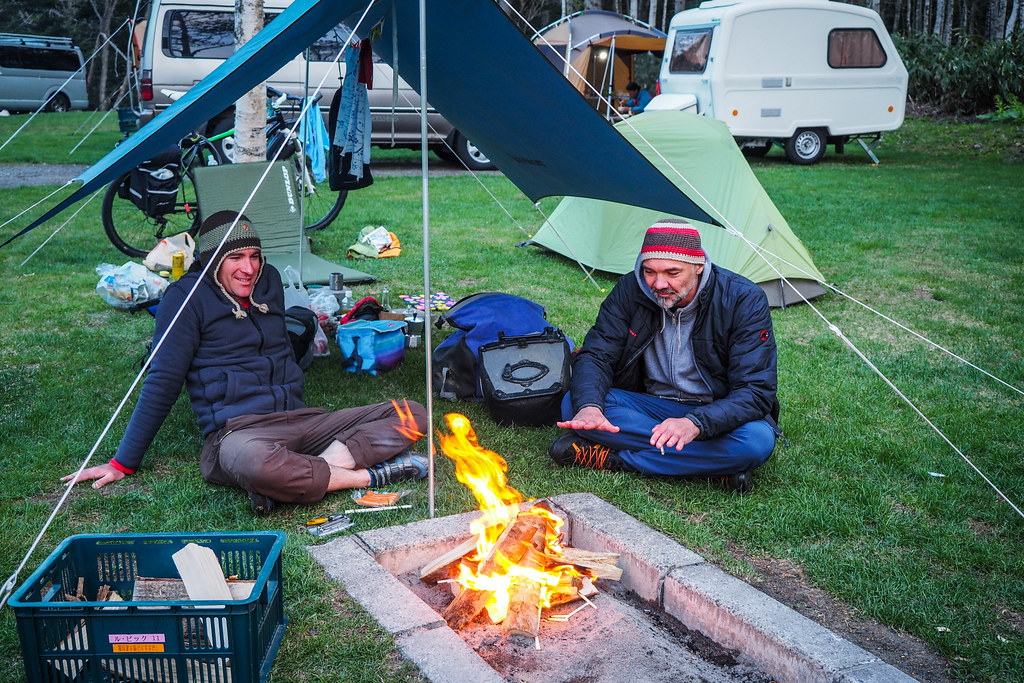 The extra time on our hands also allowed me to have a go at making a beer can stove (to run on alcohol). I’ve made such stoves before (such as when I was in Switzerland), but the design I’ve used previously uses high temperature aluminium tape to seal the unit, and required the patience to pierce holes in the can. I’d seen on www.tomsbiketrip.com a design that promised to be much more straight forward, so I gave it a go.

The result was a perfectly usable stove that boiled a liter of water in around 10 minutes or so (when paired with a windscreen). Not nearly as fuel efficient as the MSR Whisperlite Internationale (I use gasoline as a fuel in this), but a fun little stove and super easy and cheap to make. 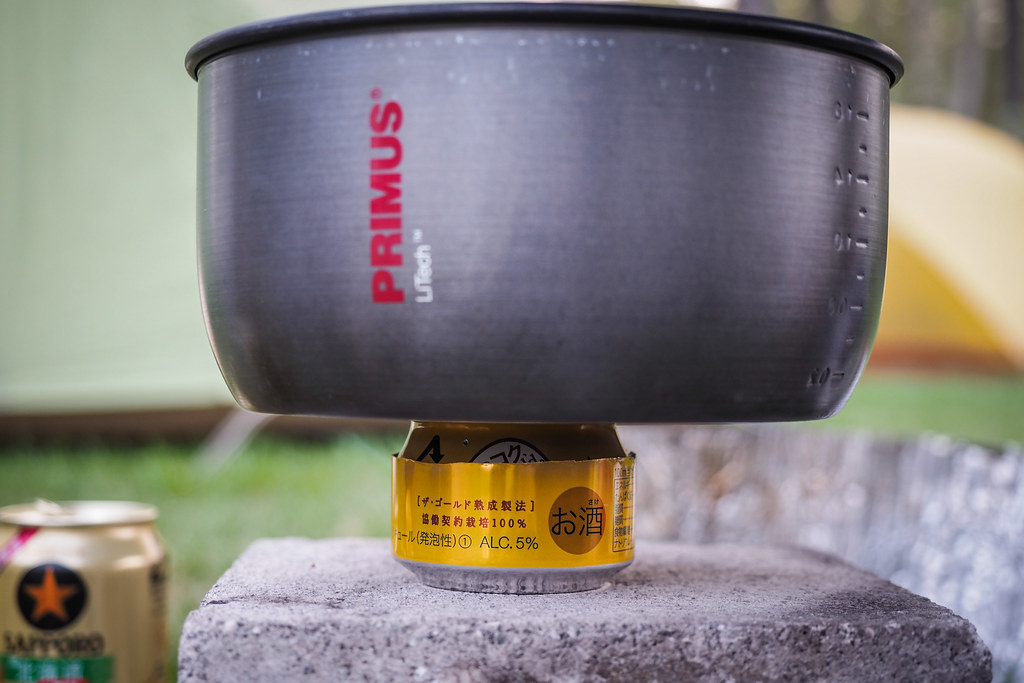 The late afternoon crept into dusk and then night, as we chatted around the campfire. We were all in bed by just after 9pm. 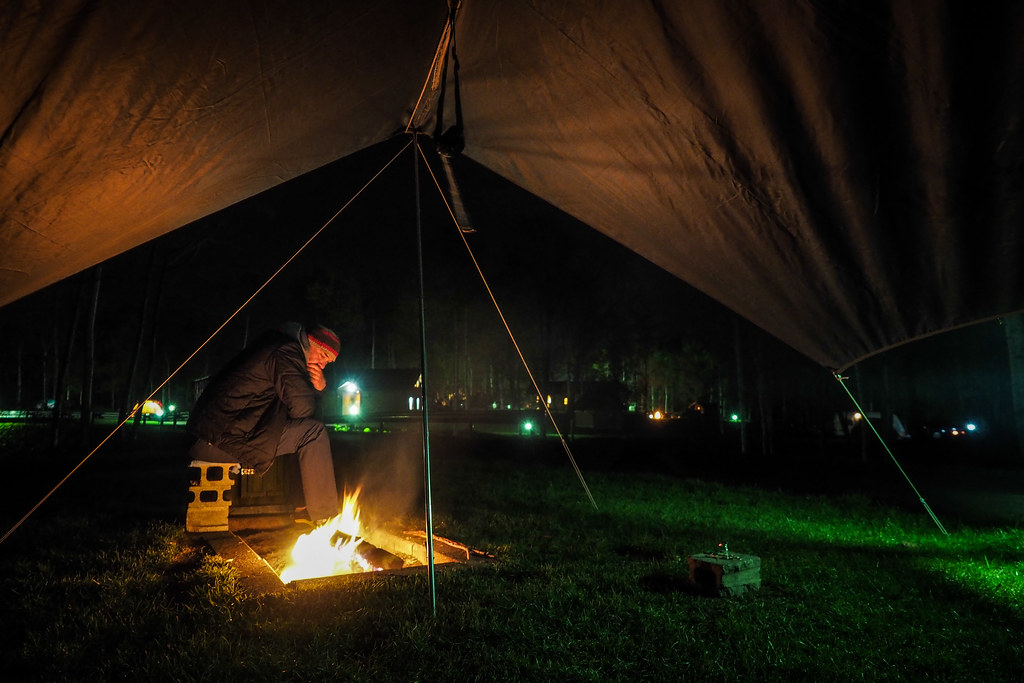 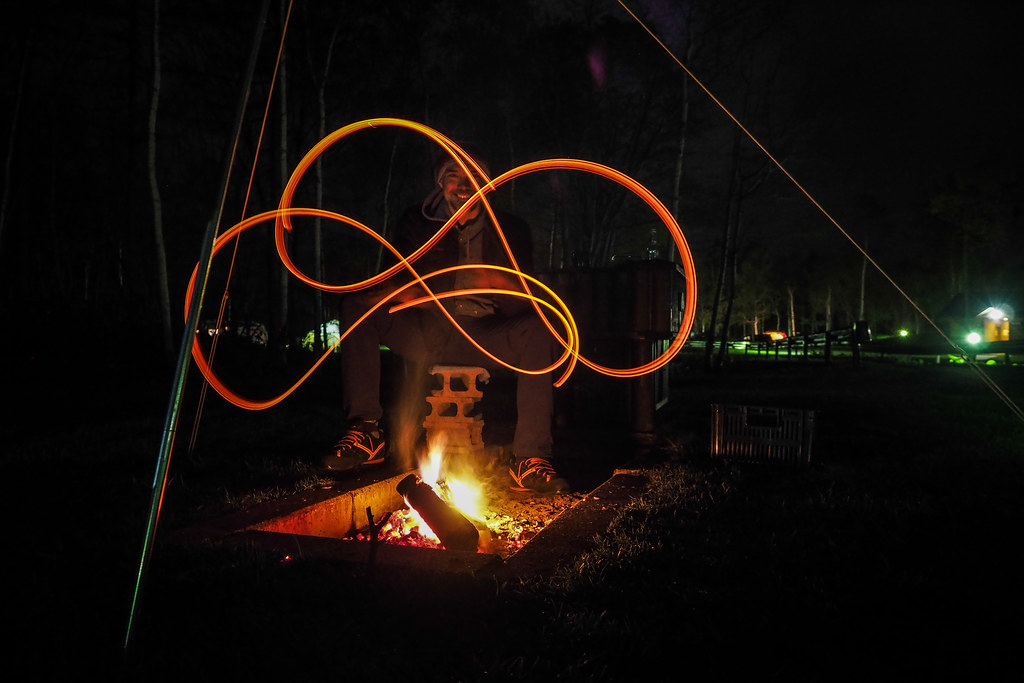